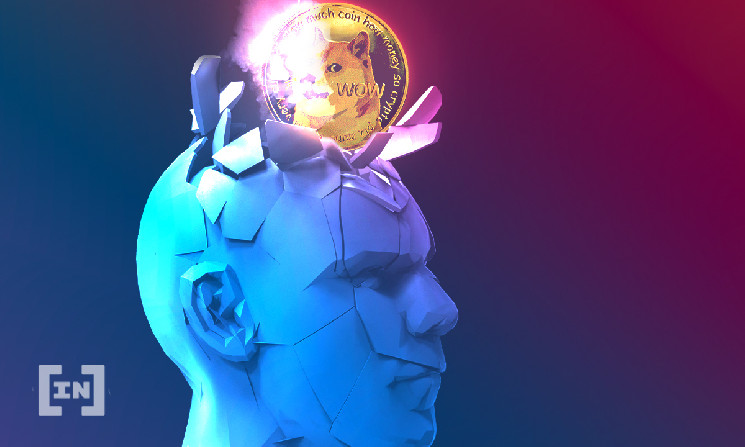 In this series of articles, the BeInCrypto editors summarize the year and talk about what events have shaped the cryptocurrency industry.

The era of memes kicked off in early 2021, when users of the WallStreetBets community on the Reddit platform tried to sink a couple of hedge funds by buying up shares of little-known and mostly unprofitable companies like GameStop and AMC.

The retail investor’s triumph over the Wall Street giants was short-lived. by the end of January, the hype on the stock market began to fade and quickly faded away.

Dynamics of Gamestop shares since the beginning of 2021. Source: Yahoo Finance

Gamestop shares peaked at $ 483. At the time of publication, they cost $ 151, almost nine times more than at the beginning of the year.

Interesting to read: Why memes are shaking financial markets and how to live with it

We don’t need bread, give a hype

WallStreetBets ideas have found followers in the cryptocurrency market and spawned a new and more sustainable trend: the fashion for meme coins.

The first wave of hype on Dogecoin – the ancestor of all meme tokens – began at the end of January. It turned out to be a warm-up before the April pump, which in a few weeks raised the value of the token by 1000%. 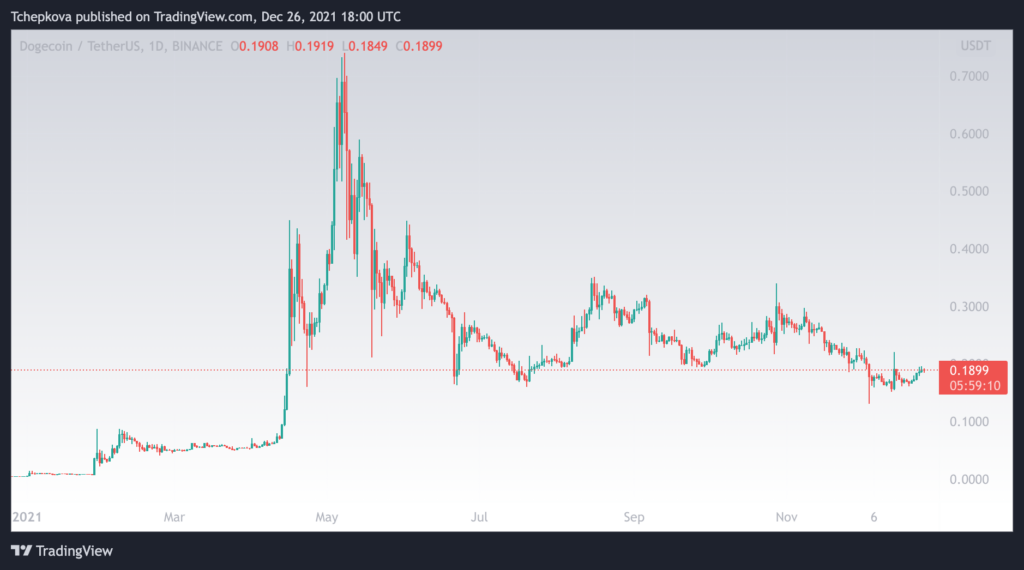 Around the same time, a brood of copycat coins appeared on the market. Many turned out to be one-day butterflies. Among them are Akita Inu and Woofy. But there were those who survived and still live today, including the Shiba Inu, a coin with a yield of 50,000,000% (at its peak).

What else to read on this topic:

Why is it important

Meme tokens have been grouped into a separate segment of pure speculative instruments. Meme fever “legalized” useless tokens from a practical point of view. They existed before, but now projects can not invent benefits for themselves and not talk about “revolutionary and innovative” technologies that should turn our understanding of everything in general.

This concept lowers the threshold for entering the market for people who do not want to delve into advanced technologies and understand the principles of operation of different blockchains. It’s easy to buy them, they are mostly very cheap, and the profits can be colossal. If you’re lucky.

However, speculative tokens depreciate as quickly as they rise in price. From time to time, their creators disappear, leaving holders with candy wrappers instead of money. Fraud and “pump and dump” schemes create a bad reputation for the industry and attract the attention of regulators.

What the experts think

Analysts advise staying prudent and warn that meme coins are short-lived. The fashion for them will soon pass.

“90% of all existing meme coins will disappear in the next few years. As soon as the interest of the media and influencers in them disappears, memecoins will begin to fall in value. Now the value of coins is directly influenced by the activity of the media, the community on Reddit and other social platforms, as well as periodic statements by Elon Musk in support of Doge, ”writes Anti Danilevsky.

Newbies think that Meme Tokens are a shortcut to wealth. But when buying such coins, you need to take into account many nuances and never bet on them in the long run.

“If cryptocurrencies are generally considered risky assets for investment, then meme tokens are risky from risky. Some of these tokens were deliberately created in order to make a scam exit after being placed on major exchanges. If you are still seriously looking for a promising meme-coin, then look for projects with an active community. Personally, I keep a thousand DOGE in my wallet, but rather as a souvenir, ”says Peter Bel, founder of Byzantium.

Interesting to read: Meme coins are blowing up the market again: what hodlers should prepare for