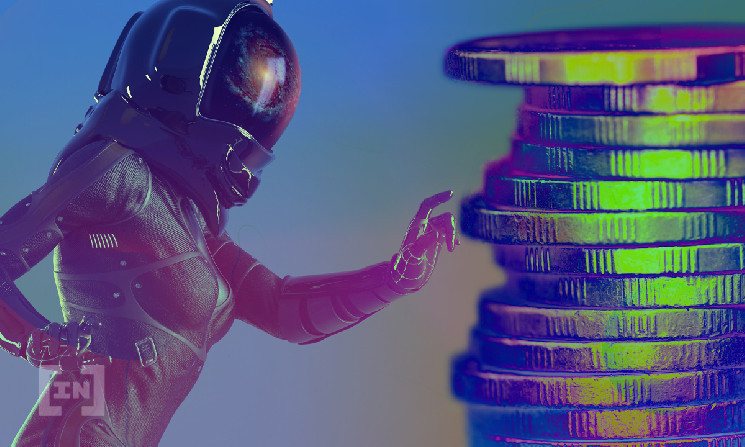 2021 was the year that institutions came to bitcoin

The outgoing year can be remembered for us by the arrival of institutional investors on the market and the explosive growth of venture capital financing of crypto projects.

During the year, Bitcoin was bought by several large companies, including Jack Dorsey’s Square. She spent 5% of her assets on crypto to hedge inflation risks. Writes about this The Block in the latest study.

Marathon Digital Holdings bought the cryptocurrency in the amount of $ 150 million (later the amount increased to $ 181 million), initiating the trend. But the leader and missionary of institutional acceptance was MicroStrategy Inc., run by Michael Sailor.

MicroStrategy Inc has taken up Bitcoin tightly. In total, the company spent $ 3.66 billion on the digital asset. According to Bitcoin Treasuries, MicroStrategy now has 122,477 BTC on its balance sheet – more than any other public company. At the current exchange rate, the company’s investment in bitcoin is worth $ 5.91 billion.

MicroStrategy’s decision to acquire bitcoin as a strategic primary reserve asset has prompted other companies to look at the defensive properties of cryptocurrency.

In February, MicroStrategy organized a Bitcoin summit, at which the head of the company dispelled doubts about the chosen strategy.

In February 2021, another significant event took place – Tesla announced the purchase of bitcoin in the amount of $ 1.5 billion. In March, the company began accepting bitcoins for payment, but later canceled this decision due to environmental considerations.

Tesla currently has 43,200 BTC worth $ 2.1 billion. Overall, several public companies – and some governments – now hold Bitcoin in reserve, and most of what it acquired was purchased during the first six months of 2021.

Larry Cermak, VP of Research at The Block, shared his opinion that institutional adoption of bitcoin remains “extremely speculative”, but the crypto industry has already entered a new stage of development. Unlike 2017, when the future of cryptocurrencies was in question, it is now clear that digital assets will remain in our lives. “

Traditional financial institutions are paving the way for the cryptocurrency industry

Some organizations accepted various forms of cryptocurrencies as payment even before 2021. However, this year the list has been joined by the likes of WeWork, Substack and insurance giant AXA. They and many others started accepting payments in bitcoins.

According to Block Research’s 150-page Digital Asset Perspectives report, banking and other traditional financial institutions also began to engage directly with cryptocurrencies in 2021.

Companies like PayPal and BNY Mellon, with nearly $ 25 trillion in assets in trust, entered the crypto industry through takeovers of startups. State Street and Finserv also claimed market share.

In March, the US investment bank Goldman Sachs reopened its crypto trading department, and in May 2021, the company carried out the first transactions with bitcoin derivatives.

Immediately after that, another US banking group, Morgan Stanley, offered high-net worth clients investments in bitcoin through three funds. Later in June, the Spanish bank BBVA launched a crypto trading and digital currency storage service for private clients in Switzerland.

The US Securities and Exchange Commission (SEC) has approved three bitcoin exchange-traded futures funds. Between October and November, applications from Proshares, Valkyrie and VanEck received the green light.

Although the Canadian securities regulator approved a Bitcoin ETF from Purpose Investments back in March 2021, the focus has been on the U.S. exchange-traded fund where the Winklevoss twins filed for the application eight years ago.

Unsurprisingly, a few weeks after the first ETF was approved by the US regulator, the price of bitcoin soared to an all-time high of $ 69,000.

To date, the volume of Bitcoin futures trading on the Chicago Mercantile Exchange (CME) has grown to $ 700 billion this year from the $ 130 billion set a year ago, according to the report.

“This is a historic year for cryptocurrencies and blockchain technology, and not only because of the rise in bitcoin prices,” Emil Angervall, co-founder of Corite, a blockchain-based digital music distributor, shared with BeInCrypto.

“The main crypto asset came into the spotlight in the first quarter of the year, fueled by growing corporate and institutional interest … however, the main trend of the year was the unexpected ascent of a previously lesser known technology – non-fungible tokens (NFT),” he added.

Venture capital on the rise

According to Larry Cermak, in 2021 more invested in crypto companies than in the previous six years combined [на общую сумму в $14,4 млрд].

At the end of the year, the volume of venture capital financing (VC) in the crypto industry reached $ 25.1 billion, which is 719% more than in 2020. In total, 1703 crypto or blockchain projects received venture capital this year.

Also, according to the report, in 2021, there were at least 38 rounds of venture funding in the crypto space, worth an average of $ 176 million each. These transactions are referred to as “late stage deals” in the report.

In general, the volume of transactions ranged from several million to hundreds of millions of dollars. Most of the money was received by companies specializing in NFT or games, trading or brokerage, infrastructure and crypto finance.

“2021 has been a defining year for blockchain and cryptocurrencies, as the industry has evolved from a nascent to an emerging industry that includes many companies,” the report says.

“Unlike previous cycles, this time around the industry was prepared and had the infrastructure to meet demand from institutions, traditional investment funds, asset managers, family offices and high net worth individuals.”