Since the beginning of the year, the native token of the EXMO cryptocurrency exchange has grown almost 10 times, which is 936% more than Bitcoin

The native token of the EXMO (EXM) cryptocurrency exchange has grown by 991% on a scale of 2021, according to the Nomics resource. According to a press release, a copy of which is at the disposal of the editors, EXM has overtaken the Binance crypto exchange token, binance coin (BNB), in terms of profitability. In fact, EXM token has overtaken Bitcoin by almost 940%, which has managed to gain only 55% since the beginning of the year.

According to EXMO, EXM is priced through quarterly burnings. Destroying tokens in the exchange reduces their number in circulation. Therefore, the price of coins is growing even if the level of demand remains stable, EXMO assures.

In essence, the use of the token is similar to both BNB and any other exchange-traded asset. For example, EXM can be used for commission payments, trading and hodling. However, as with any token, EXM has its downsides.

The volume of coins in circulation

EXMO’s official website states that according to the results of the last quarterly token burn, there are 222 million EXM in circulation.

However, cryptocurrency aggregators show a completely different picture. CoinMarketCap shows that at the time of writing, there are 103.3 million EXM in circulation. According to CoinGecko and Nomics, there are even fewer tokens – 37.8 million EXMO. 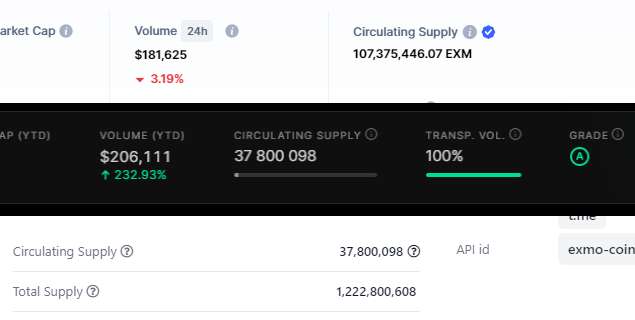 If, in the case of Coin Gecko and Nomics, the data is taken on the basis of a smart contract, then it is not clear where CoinMarketCap has such numbers.

Another nuance is the centralization of the token. The token’s website says that almost 50% of tokens are distributed in a closed manner. So, 20% of 2 billion EXM is allocated for “operational needs and the team.” Another 30% were sold as part of a closed presale and stock exchange sale. 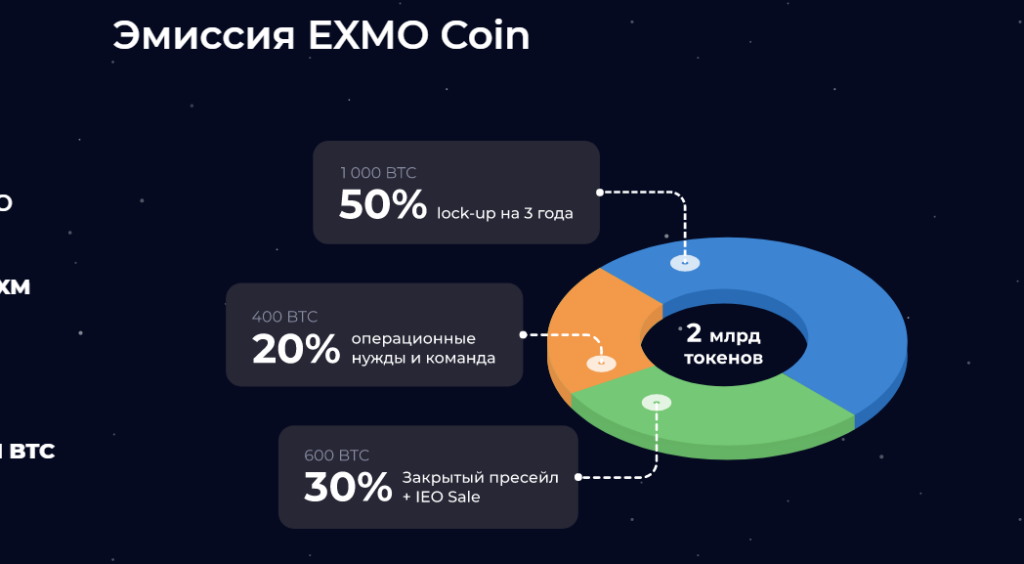 However, EXM is not the only token half of which may be in the hands of a centralized group. For example, according to Messari, other tokens of projects such as Blockstack, Flow, Solana are also distributed among insiders and early investors.