Capitalization of Decentraland (MANA) grew by 17% per day, after the information on the acquisition of a plot of virtual land for $ 43196 appeared. The buyer has managed to remain anonymous so far, but earlier there was insider information about the planned acquisitions of land in Decentraland and The Sandbox, by Adidas and Atari.

Both projects are attracting increased interest from corporations after the change of strategy by the social network Facebook, which decided to move to the Metaverse format, along the way changing the brand name to Meta.

From a formal point of view, Decentraland and The Sandbox can be considered the pioneers of this theme. They were the first to develop the concept of virtual land on the blockchain. According to analysts, Facebook in the new field may lose the competitive advantage that it was given the status of a social media pioneer.

This is evidenced by the purchase of virtual plots at The Sandbox and Decentraland. While Meta is just building its own version of the Metaverse, corporations are giving tens of thousands of dollars just for “entering” crypto projects. 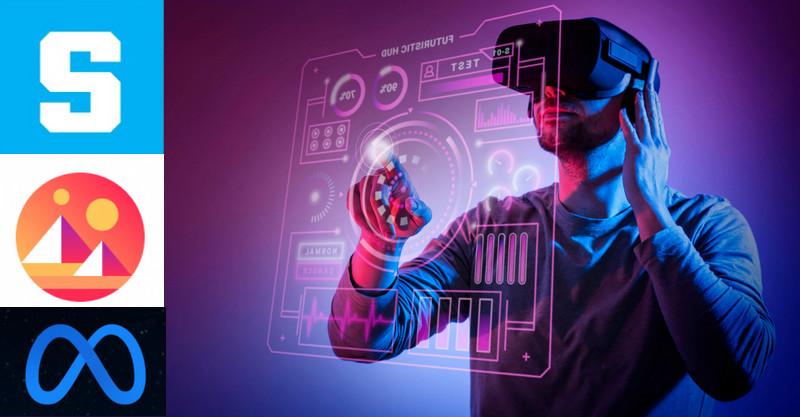 This is not just about commercial retail, the PwC auditor has invested in The Sandbox through a branch in Hong Kong. This was announced by the startup Animoca Brands without disclosing the details of the deal.
PwC, one of the world’s Big Four auditors, was one of the first to offer services in the development and design of private blockchains and the creation of smart contracts. The company has the closest relationship with the VeChain project.

The choice of The Sandbox shows that this model of the Metaverse has slightly more potential than Decentraland. Given that SAND is currently ranked 34th and MANA is 28th, the token is undervalued by investors. During yesterday’s session, The Sandbox’s capitalization increased by 23%.