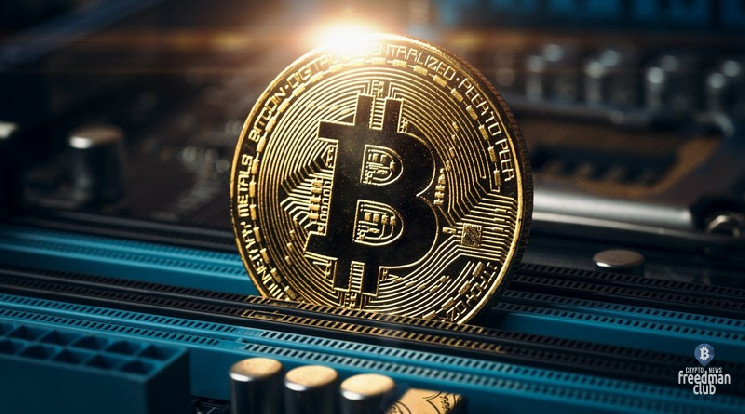 In 2021, the flagship cryptocurrency has faced a lot of changes. They undoubtedly provided influence on Bitcoin and its offer. The Arcane Research platform, which provides exclusive institutional analysis and research in the cryptocurrency field, has published a report. It contains data on the main trends faced by the asset this year.

The key change that Bitcoin faced in 2021 is BTC coin wrapping technology… As a result, the asset was able to become part of the Ethereum network. Given that BTC has own largest blockchain. However, users needed to simplify the process of trading and exchanging Bitcoin, so the technology became in demand. Wrapped Bitcoin (WBTC) is an ERC-20 token that represents Bitcoin on the Ethereum blockchain… It works on the Proof of Reserve consensus algorithm. Also, such a token will be fully tied to the original asset. The average user will be able to take advantage of the technology without even having technical knowledge in the industry. When Wrapped Bitcoin was created, traders moved about 1% of the circulating Bitcoin supply to the Ethereum network, according to Arcane Research. Thus, the asset gained popularity in the cryptocurrency community.

As a result of its research, Arcane Research notes that in 2021 large companies began to show interest in Bitcoin… And this trend has had its impact on the supply of BTC coins as well. The asset started to act into corporate treasuries and exchange-traded investment instruments. At the same time, the available coins on the balance sheets of corporations increased by 0.5%. The available coins have been reported by a large number of companies. Many continued to build up their reserves throughout the year. Michael Saylor’s MicroStrategy Shows Most Commitment to BTC.

Also played an important role El Salvador’s adoption of Bitcoin as a legal instrument for payment on the territory of the state. Although a large number of people did not understand such a move, in the future it will be one of the key points of BTC adoption. Already after El Salvador’s decision to adopt cryptocurrencies, many countries began to think. Some of them are drafting legislation and are going to introduce Bitcoin in the near future. Others have become less wary of cryptocurrencies. For example, in many countries coins confiscated from fraudsters or hackers are used to make a profit and spend them on the needs of the state.

An important change for the flagship asset in 2021 was the situation with the exchanges. With the development of the DeFi sector, exchanges have become more than just a place to exchange digital assets for fiat currencies. Several platforms now offer private investors their lending, borrowing and investing solutions. Based on analysis from Arcane Research, financial products on exchanges account for 0.69% of Bitcoin’s circulating supply… While hot exchange wallets lost 1.19% of supply, which is associated with the dynamics of prices for cryptocurrency in 2021.