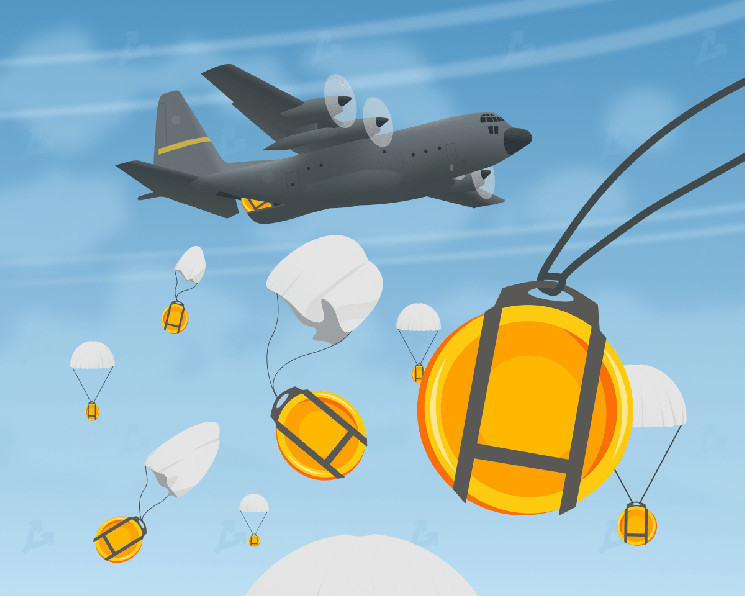 The Terra Protocol-related Terra Name Service has introduced the TNS token and announced an airdrop. The assets will be distributed among users on December 24 at 04:00 Moscow time.

Are you ready for $TNS? 🌎🌕$TNS token is an important step in decentralizing the governance of the TNS protocol.

Terra Name Service is an analogue of Ethereum Name Service in the network of the second largest cryptocurrency by capitalization. According to the statement, the launch of the governance token will allow the team to increase the decentralization of the project.

“We were inspired by the ENS team and strongly believe in the importance of Web 3 domains. TNS is an important step towards decentralizing protocol governance. He [токен] will allow community members to manage the development of the project, its treasury and technical parameters. This will ultimately help TNS become GIVEN“, – the message says.

The developers noted that in the future .UST domains will become the “gold standard” for the networks of the Inter-Blockchain Communication Protocol (IBC) ecosystem from Cosmos. They can be used in several IBC-compliant blockchains at once, which saves users [9 — solar] from having to remember separate addresses for each network.

According to Map of Zones, at the time of writing, IBCs support 27 networks.

As planned, within 24 months the issue of TNS will reach 100 million. After that, the process of issuing tokens will be stopped.

When the protocol was created, 47 million tokens were issued. Of them:

Within two years, the team will distribute 25% of the total token supply to users. The snapshot for the first distribution was taken on December 17 at 12:32 pm Moscow time.

Embrace yourselves, Santa Claus is coming with a bag full of $TNS airdrops 🎅🎁

Here is an in-depth details, check it out:https://t.co/ud9jZ86mp0

The developers noted that they want to avoid getting tokens in “weak hands” by excluding bounty hunters from the distribution. Earlier, the team of the DeFi project ParaSwap did the same.

10 198 addresses were allowed to participate in the distribution, each of which made at least 15 transactions and spent more than $ 16 on domain registration.

All participants were divided into three categories depending on the volume of transactions: