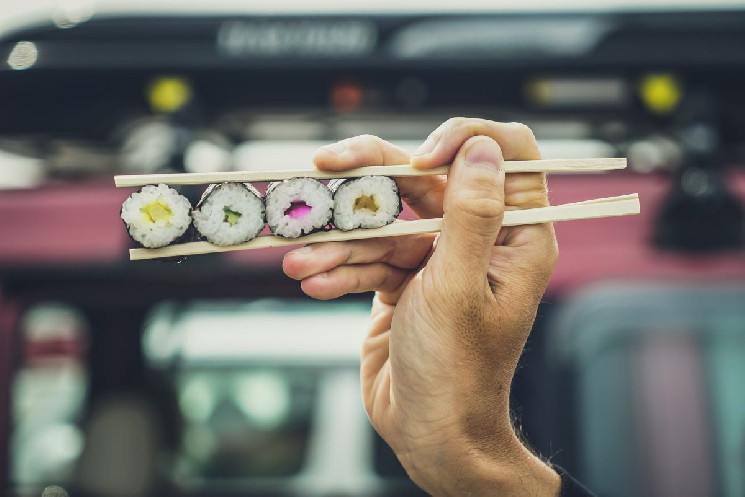 The digital currency SushiSwap (SUSHI), the underlying asset of the decentralized crypto exchange of the same name, soared in price by almost 18% in 24 hours.

Now altcoin is trading at $ 6.65, its capitalization reached $ 846.653 million. Tonight the token jumped above $ 6 for the first time since the beginning of December, but the potential for further growth of SUSHI has not been exhausted. During the day, the coin has held its highest level since December 9th. 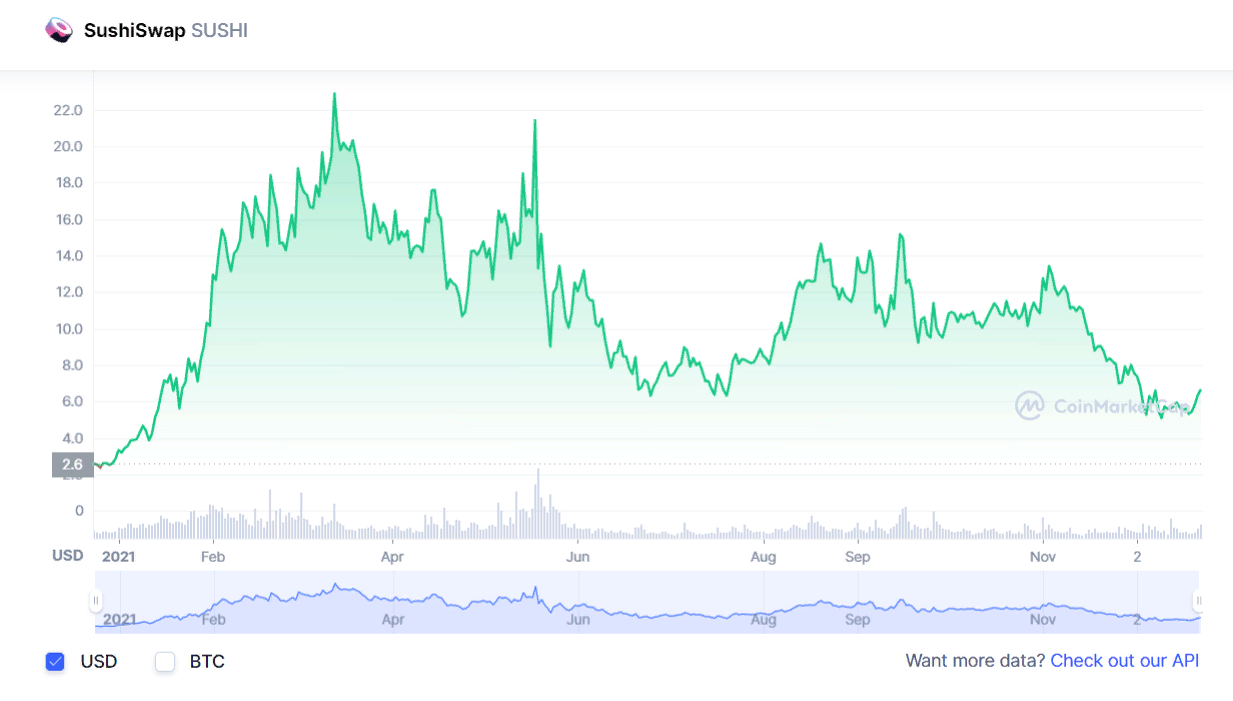 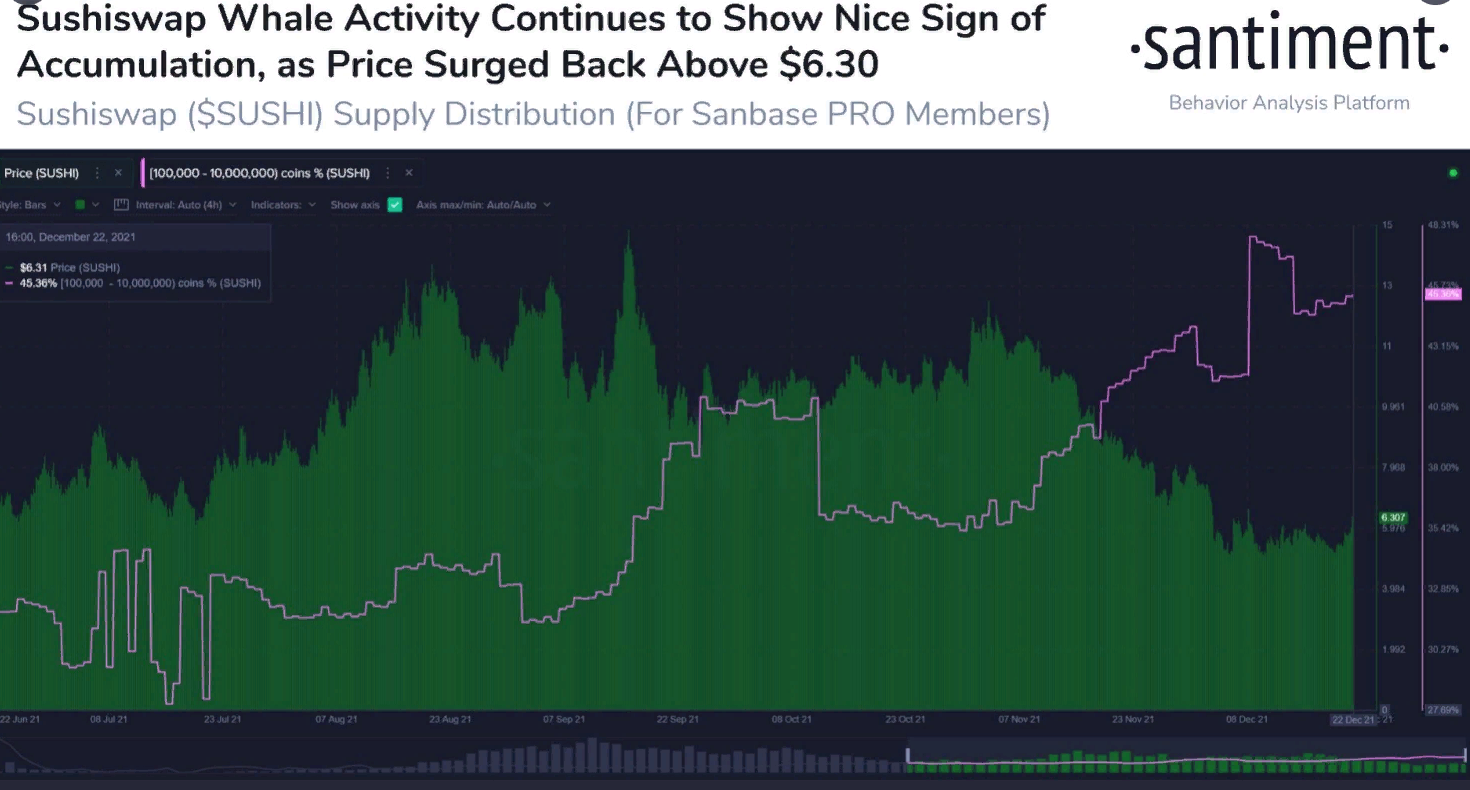 According to Santiment, large investors have begun pumping the token. Whales, whose addresses hold from 100,000 to 10 million coins, control up to 3.4% of the total supply of SUSHI (8.34 million tokens worth up to $ 53 million).

A similar situation was observed in January 2021. The number of whale wallets with at least 100,000 SUSHI stocks skyrocketed by 74%. Investments by large traders intensified until early March, when the token price exceeded $ 22. After that, the whales proceeded to dump the asset.

The second spurt took place in mid-May to $ 21.44, followed by the collapse of SUSHI’s value again.

In the ranking of decentralized crypto exchanges (DEX), the UniSwap platform ranks eighth with an average daily trading volume of just over 314 million.