Miners adhere to a cumulative strategy

Over the past two years, bitcoin miners have joined the ranks of hodlers or long-term holders of cryptocurrencies.

If in 2017-2019 mining pools mainly sold coins, then the latest data from the Glassnode platform shows that their strategy has changed. Since the beginning of 2020, they have chosen to hold the lion’s share of the cryptocurrency and have dumped only a fraction of the coins mined at the peak, the researchers said in a report.

The transition to an accumulative strategy is a positive signal for the market, as the pressure from the sellers is weakening. Glassnode analysts also noted that the migration of miners to North America will have a positive impact on the industry. Companies were able to raise corporate capital on the most comfortable terms.

At the same time, since the beginning of December, the computing power of the bitcoin network has been falling. BTC hashrate is now less than 170 exaches per second (EH / s).

Researchers associate the fall in miner activity with an increase in the complexity of crypto mining. According to analyst firm Arcane Research, the profitability of the most popular hardware from Bitmain and MicroBT fell by about 30%. 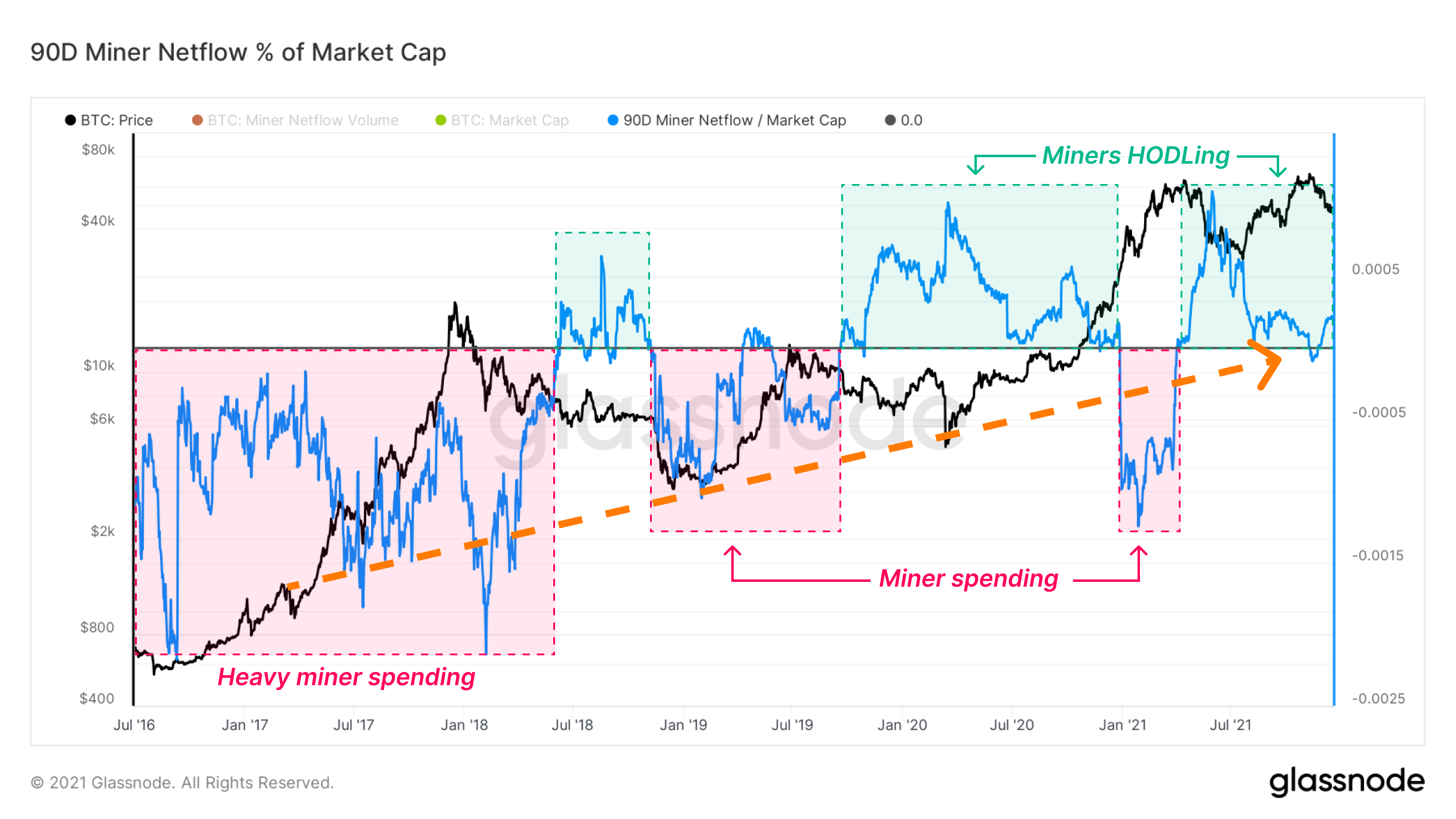