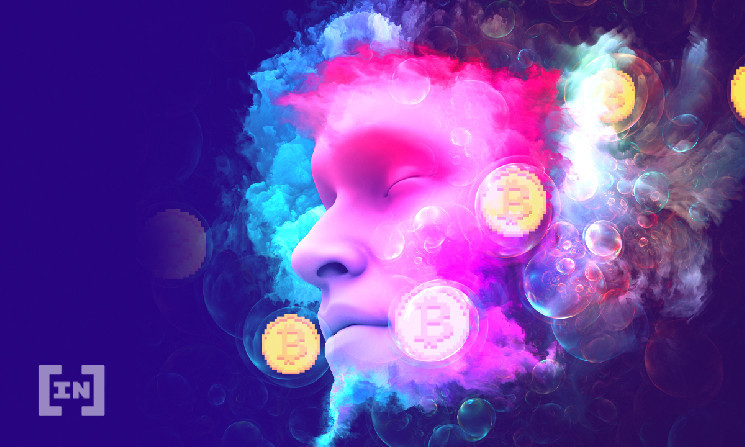 Bitcoin (BTC) is now trying to turn former resistance levels into support – both on short- and medium-term timeframes.

Bitcoin hit its all-time high on Nov. 10 and has since declined along a downward resistance line. This drawdown lasted until December 4, and eventually brought the BTC rate to a minimum of $ 42,000.

After the formation of this minimum, the RSI and MACD indicators have been giving strong signals of bullish divergence (green lines) for 15 days. Such signals are often a harbinger of a bullish trend reversal, as they demonstrate that a decline in price is not accompanied by a weakening of momentum.

On December 21, BTC broke through the downward resistance line and is now trying to turn it into support (green icon). 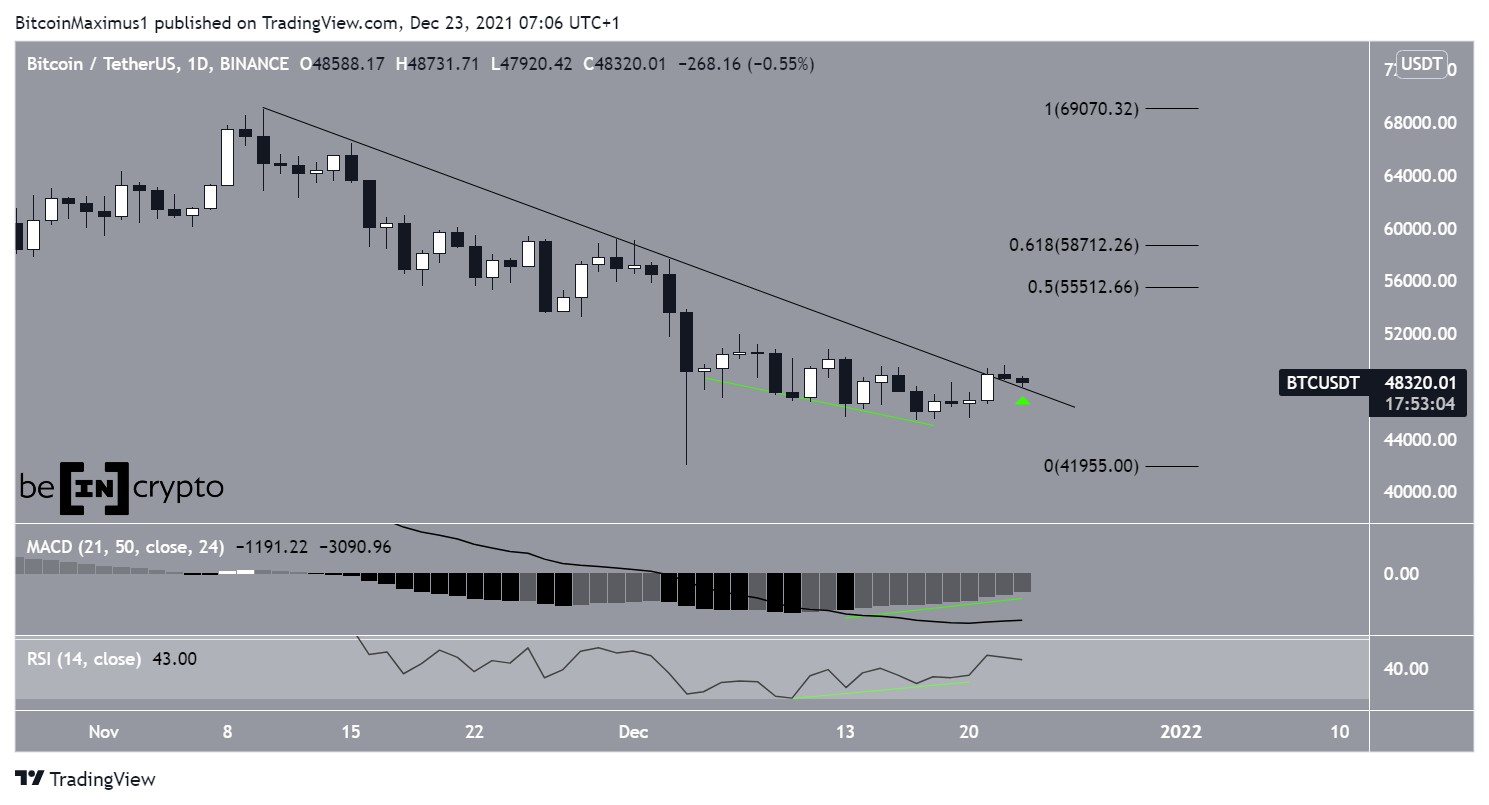 Bullish breakout from the channel

On the 2-hour timeframe, Bitcoin has made a bullish breakout from a short-term downtrend parallel channel that has been on the chart since Dec 7.

Now the market is trying to turn this resistance into support (green icon).

This line coincides with the former $ 48,100 resistance area, which is now also expected to act as support.

The convergence of horizontal and diagonal levels in this area gives additional significance to this area.

Short-term wave analysis suggests that the BTC rate has just completed a complex corrective structure (highlighted in the chart), as indicated by wave X (pink).

If this assumption is correct, then the market is now in an upward wave Y. If its ratio to wave W is 1: 1, then Bitcoin may rise to a maximum of $ 55,400. This will complete the formation of a longer-term wave B.

Judging by the short wavelength W, the price rise in the direction of $ 55,400 may begin soon. 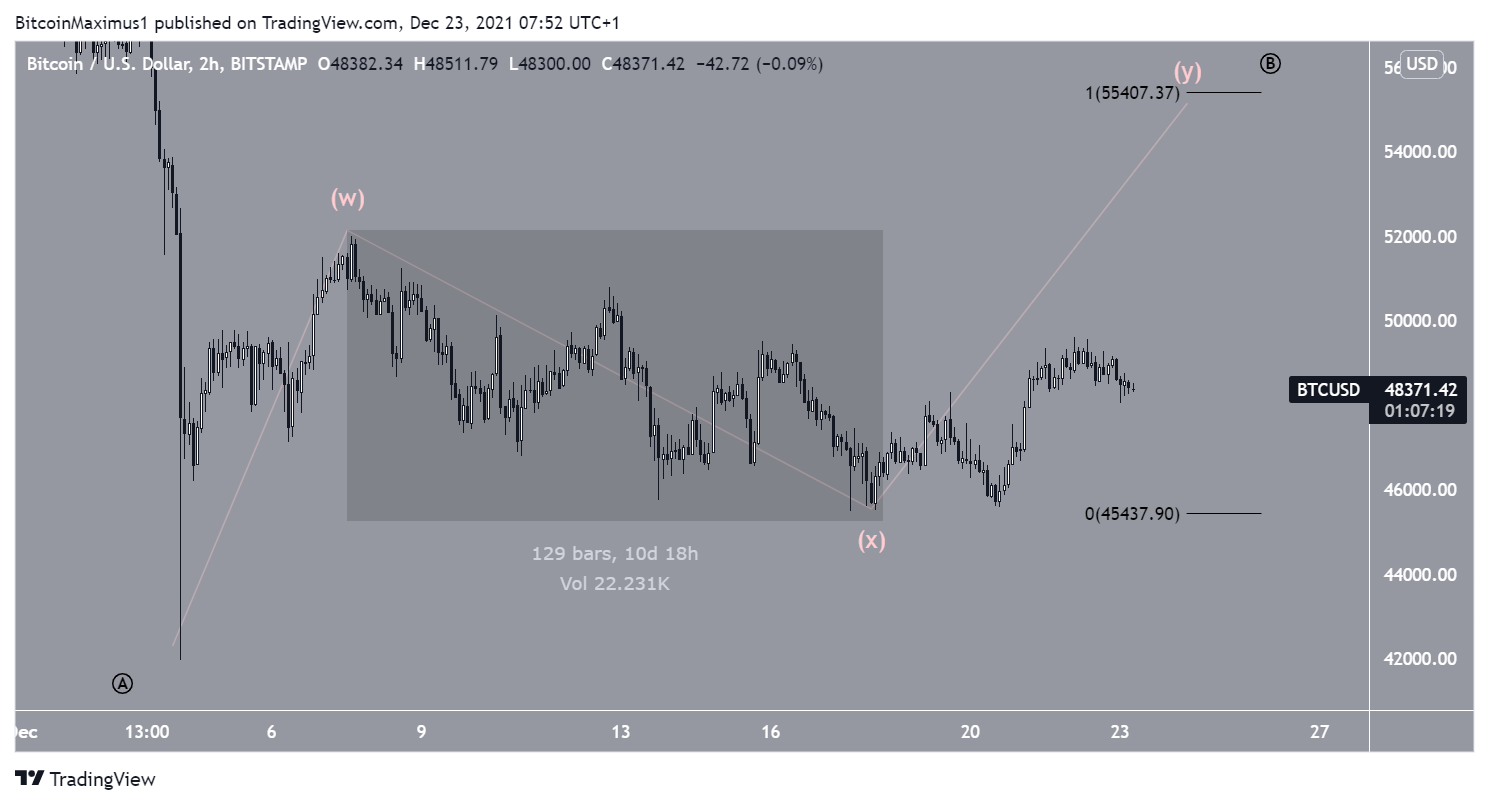