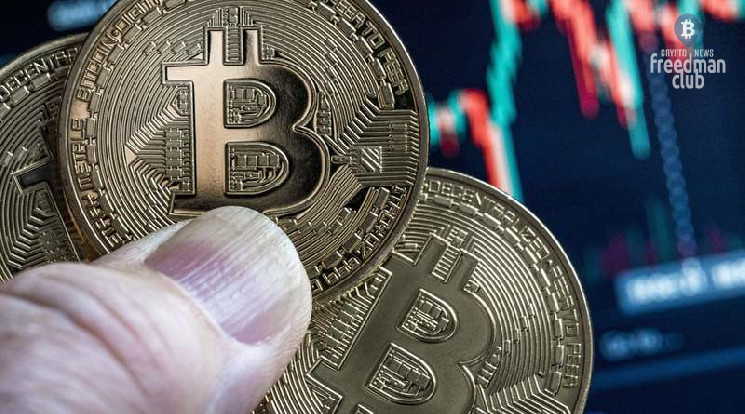 Which company is next to add Bitcoin to its balance sheet?

MicroStrategy, Tesla, Galaxy Digital Holdings, and Square have long since joined the Bitcoin rush, but who’s next on the list?

Companies operating in the social media sector, e-commerce, or simply focused on technology are more likely to offer cryptocurrency-related products and services and are more likely candidates to buy Bitcoin.

The social network recently changed its CEO. After Jack Dorsey, loyal to cryptocurrencies, this post was taken by Parag Agrawal, who assured the community that their platform will not just move in step with the times “but will try to do it much faster.”

It’s no secret that the latest Twitter boss, currently the CEO of Block, Jack Dorsey, is an ardent supporter of Bitcoin and the cryptocurrency industry in general.

He recently stated that if he weren’t the CEO of Twitter and Square (today the company we call itself “Block”), he would be working on solutions to improve the Bitcoin blockchain.

But that’s not just rhetoric – he recently released a whitepaper for Square with his backing. It describes the mechanism for launching a decentralized exchange for trading digital assets. Moreover, since 2018, Bitcoin payments can be made through the Square app.

In October, Square announced that it was preparing to acquire $ 50 million worth of BTC, which at the time is almost 4,710 coins.

Twitter CFO Ned Segal confirmed in February that the company is considering keeping BTC on its balance sheet.

Several jobs have recently been posted on behalf of Amazon related to digital asset development. The new positions are needed for the recently launched Digital and Emerging Payments project, details of which have not been disclosed.

One of the messages said that the company is looking for a leader to help the company launch a new payment product.

After its CEO Jeff Bezos was replaced by Andy Yassi, the previous head of Amazon Web Services, Amazon Web Services launched Amazon Managed Blockchain, which claims to be the leading cloud blockchain service provider supporting all major protocols and hosting 25% of all Ethereum nodes. …

It is expected that Yassi’s experience with blockchain could allow him to be more open to the company’s adoption of crypto payments.

Google has the potential to become more active in cryptocurrency mainly due to the Google Pay service, which seems to be ready for crypto integration.

Users can already use the BitPay card for their cryptoassets through the Google payment app, but adding the ability for users to buy, store, and spend cryptocurrency directly in the app seems like an obvious choice in a world where cryptocurrency adoption is growing.

Sergey Brin, co-founder of Google, also praised the blockchain space and confirmed that he owns an “ETH mining machine.”

“A year or two ago, my son insisted that we need a gaming computer. I told him that if we get a gaming computer, we will have to mine cryptocurrency. So we have an Ethereum miner and since then we have been making a few pence and dollars, “he said,” It definitely got me interested and I started researching the technology behind the mechanism and found it fascinating. “

There are two prominent Bitcoin proponents on the Facebook board – Peter Thiel and Marc Andresen.

The social networking stablecoin, Diem, is ready to launch a pilot project.

As the company slowly moves into the cryptocurrency scene and solidifies with its stablecoins and digital wallet systems, it may also become more realistic for it to keep Bitcoin on its balance sheet.

In addition, its founder, Mark Zuckerberg, recently posted a photo of his goats named Max and Bitcoin on his Facebook page. As funny as it is, it sparked a lot of speculation in the crypto community.

In early February, Mastercard announced the integration of cryptocurrency transactions on its network.

“We are preparing right now for the future of cryptocurrency and payments, announcing that Mastercard will begin supporting some digital assets directly on our network this year. This is a big change that will require a lot of work, ”the company said.

Mastercard is also working with Gemini Exchange to offer a credit card for cryptocurrency rewards and is also partnering with Bakkt.

“We want to offer all of our partners the ability to more easily add crypto services to what they do,” said Sherri Haymond, executive vice president of digital partnerships for Mastercard.