Messenger users continue to lose their money in the hope of easy money. The lawyers told whether it is possible to return the cryptocurrency that was sent to the attacker, and how to contact the police correctly 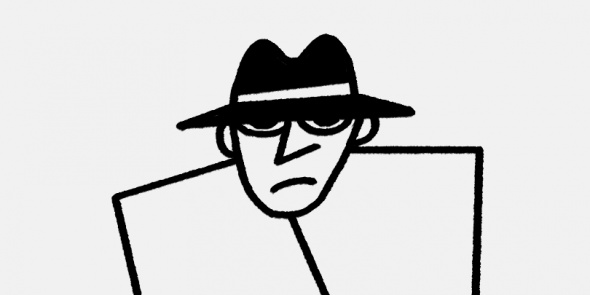 Over 100 Telegram users lost their cryptocurrency by sending it to the channel admin address on cryptocurrency topics. One of the victims contacted the editorial office of RBC-Crypto and said that he had sent over $ 1,000 in the hope of earning 300-400% of income in a few days.

The channel is disguised as an author’s and is conducted on behalf of a girl who is actually an actress and also participates in advertising for perfume on Instagram. Initially, for several months, the channel posted reports allegedly on the author’s trade, after which she began collecting funds with the condition of their guaranteed return. Then, for several days, reports on successful transactions were published in the channel, but the funds were not returned to users. Then a new collection began.

“Recently I came across your channel and saw the last post (about fundraising, – approx. RBC). I don’t know why, but my trust in you woke up, and I just recently uploaded $ 1,000 to Binance. It will be great to watch the experiment, ”one of the affected users wrote to the author of the telegram channel. He transferred funds but did not receive payment.

The channel admin claimed that he had an amount in stock to reimburse the users for possible losses. At the same time, the author promised to increase the deposit 3-4 times in 4 days in the absence of risks. It is proposed to transfer from $ 1,000 to $ 10,000.

More than $ 265 thousand in stablecoin USDT were transferred to one of the addresses of the channel’s author, according to the blockchain observer Tether Explorer. There are several such addresses. The victims created a chat, which currently has 90 participants. In their opinion, the total amount of damage could exceed $ 500 thousand. There are also 30 participants in the class action group who send screenshots of their transactions and publicly report their damage.

Such schemes are not uncommon in Telegram. Unknown people create a channel for crypto-topics, after which they offer users to transfer their funds under management, guarantee profitability and absence of risks. They also often post fake positive reviews from people who allegedly were able to make a profit. As a result, the scheme continues to work even though affected users create group chats and try to make the situation public.

What if I sent a cryptocurrency to a scammer?

Recently, “false projects” appear more and more often, says Mikhail Tretyak, partner, head of the IP / IT practice of the law firm Digital Rights Center. He stressed that a successful investigation and refund to victims in such cases cannot be guaranteed for a number of reasons:

Among other things, the situation is complicated by the fact that it is not always possible to establish the identity of a specific person with whom a transaction is being carried out, added Ekaterina Ippolitova, a lawyer, deputy chairman of the Commission for Legal Support of the Digital Economy of the Moscow Branch of the Russian Lawyers Association. Many, when carrying out operations with cryptocurrency in the telegram channel, do not request the passport data of the person to whom the cryptocurrency assets are transferred. Also, passport data can be forged.

Often, when conducting operations with cryptocurrency in Telegram, there are no documents and information confirming such operations (the entire chain of cryptocurrency movement from the moment of transferring funds from a bank account to transferring cryptoassets to a trader’s wallet, screenshots of correspondence confirming the amount of transferred assets, confirmation of transferring cryptoassets from one wallet to another), which also complicates the initiation of a criminal case in the event of fraud. The statement of the crime must be accompanied by evidence confirming the commission of the crime against the victim, Ippolitova emphasized.

“With the receipt of such supporting documents, difficulties may arise due to new restrictions set by Telegram itself: the messenger’s policy allows you to prohibit taking screenshots of correspondence. In addition, at the request of one of the parties, it is possible to completely delete the correspondence from Telegram, which for the victim actually means the disappearance of all possible evidence in the case, ”the lawyer warned.

The head of the IP / IT practice of the law firm Digital Rights Center called the algorithm of actions if the user sent the cryptocurrency, after which the recipient disappeared or refuses to return it:

“In such cases, it is better to contact a specialized law firm dealing with such cases, as it can help prepare all the necessary documents and evidence, as well as help the police in the investigation. In this case, the chances of catching intruders increase. If you carry out these actions yourself, then only the probability of refusal to initiate a criminal case increases, ”Tretyak warned.

The chances of a successful investigation depend on the scammers’ caution and the qualifications of the investigators, added Moscow Digital School expert Efim Kazantsev. If at some stage the fraudsters made a mistake and left a digital trail, theoretically it is possible to catch hold of it and establish the identity of the criminals. But in practice, the Russian police are not interested in investigating such complex cases, the lawyer is sure.

“For victims of scammers who do not want to put up with the loss of cryptocurrency, I recommend not relying on Russian justice and showing maximum activity on their own. In this case, just filing a report with the police is not enough. It is necessary to help law enforcement agencies in every possible way in the process of searching for and identifying fraudsters, ”Kazantsev says.

He called it a good strategy to bring the victims together and exchange information. In this case, it will be possible to collect the most complete picture from individual particles of information and, possibly, get on the trail of intruders.

How else are they cheated on Telegram?

Trust management is not the only way cybercriminals get hold of Telegram users’ funds. Also popular are VIP groupswhose authors create the illusion of big earnings. Thus, users are attracted to private groups who pay for signals to buy and sell various assets, as well as other financial recommendations. Often such signals bring losses, and in certain cases they are simply copied from free groups of other traders.

In addition to providing paid services such as access to VIP groups and trust management, some channels may suit “Pumps”… Subscribers are invited to buy a certain coin, the name of which is revealed at the last moment, seconds before the start of the promotion.

As soon as this happens, the participants in the “pump” purchase an altcoin en masse in the hope of an instant increase in its rate. The asset may rise in price, but then, in most cases, its rate collapses. It is mainly the organizers who make money on this, while the cheaper cryptocurrency with a dubious future remains in the hands of subscribers.

In other words, channel administrators who want to make money on their subscribers buy an illiquid coin, artificially inflate its rate, and after a while organize a “pump” to get rid of it.