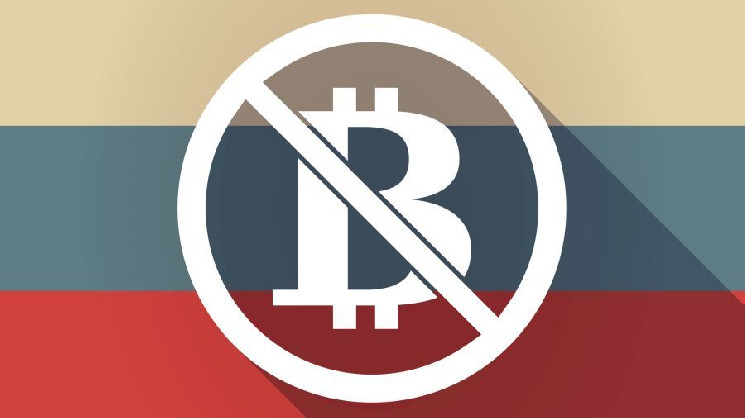 According to unconfirmed information, yesterday it was decided to agree in principle to ban cryptocurrencies in Russia. Amendments to the legislation may take place in the spring session of 2022.

Cryptocurrency entrepreneur Sergei Mendeleev wrote on Facebook about receiving information from two independent sources about agreeing to a ban on cryptocurrencies in Russia. On Tuesday, December 21, at an evening closed meeting, the State Duma’s profile committee decided to ban cryptocurrencies, but no details are yet known. Several scenarios are possible here.

One of the toughest options is if Russia follows the path of China and even strengthens the ban to completely exclude cryptocurrencies from the economy. In this case, individuals and companies will be prohibited from any operations with cryptocurrencies, including mining, trading and even ownership of public cryptoassets, except those approved by the law on the CFA. Even criminal prosecution of cryptocurrency owners may be introduced, which has been proposed by some departments since 2018.

A less harsh scenario involves expanding the ban on the use of Russia’s financial infrastructure for transactions with cryptocurrency companies. This option practically does not change anything compared to the current situation, however, law enforcement agencies and the prosecutor’s office will receive more leverage over any business related to cryptocurrencies. Exchangers and branches of global cryptocurrency exchanges will be the first to suffer.

Amendments to the relevant laws are expected to be submitted to the next spring session of the State Duma. In the absence of significant contradictions between departments, this can be done quickly. On Monday, at parliamentary hearings, the head of the Duma committee on the financial market, Anatoly Aksakov, said that the Russian population has invested 5 trillion rubles in crypto assets, so it is necessary to “put an end” in their regulation. The story of the ban or at least restriction of the turnover of cryptocurrencies in Russia has been going on since February 2014, when the Central Bank of the Russian Federation published the first informational message in which it called cryptocurrencies “monetary surrogates.”

The head of the Duma committee warned that among investors there are those who do not have sufficient qualifications to invest in high-risk assets, to which cryptocurrencies can be equated. In connection with this situation, Aksakov urged the government to make a final decision on the regulation of cryptocurrencies. During these hearings, Deputy Finance Minister Alexei Moiseev admitted that the department does not have a unified position on the supervision of the digital asset market.

Earlier, information appeared from independent sources of Reuters close to the Central Bank that a ban on cryptocurrencies could be introduced in Russia. Now this project is being discussed with professional market participants and financial experts. At the end of November, the Central Bank of Russia announced that the volume of transactions with cryptocurrencies in the country reached 350 billion rubles. In December, the Russian Prosecutor General announced the approval of standards for the confiscation of illegal cryptocurrency and called for accelerating the development of digital asset regulation.