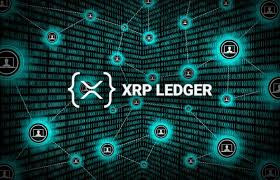 On the 21st, Ripple Inc. released a new episode of the “Ripple Drop” series, which covers news related to Ripple, and presented two new projects that will be developed using the XRP Ledger (XRPL).

The first is “Ledger City,” developed by blockchain software development company Dev Null Productions, and a grant recipient from the XRPL Foundation.

This is a 3D space associated with XRPL. The idea is that each user account can have a building in a virtual space proportional to the balance of the account.

Owners will be able to decorate each building with gargoyle statues, flagpoles, billboards, fountains, radio towers, and more, which will be crafted as NFTs.

There are also plans to introduce a “Ledger City Coin (LCC)” in-game token to develop dynamically changing cityscapes such as cars and pedestrians passing on the road, day and night cycles, weather effects, etc., as well as for the purchase of NFT … The project is conceived as a metaverse.

Mo Morsey, CEO of Dev Null Productions, said that by visualizing XRPL, they aim to educate more people about the efforts being made in the XRP registry.

Ledger City plans to release the first beta for Windows and Mac OS desktops in early 2022.

In addition, an improvement in the user interface of the distributed application “xApps” in XRPL was presented as a noteworthy project.

According to XRPL Labs, many xApps are already in full swing, while others are in beta testing. Among them are decentralized trading applications. It uses distributed XRPL data to improve the user experience for traders.

According to an XRPL Labs spokesperson, Labs’ goal is to allow anyone to create their own xApps.