The first reason Lark Davis presents is long awaited spot ETF (exchange traded fund) for Bitcoin… Recall that the first ever Bitcoin ETF was approved in October. However, this is a fund based on cash settled futures contracts, not BTC from the spot market. Thus, the cryptocurrency community is still waiting for an ETF that is directly tied to the BTC spot price. Currently, the ETF is only pegged to paper rates for its future movement. The spot ETF is likely to be adopted in 2022, Davis said. Predicting a possible impact on the Bitcoin price, the analyst refers to a similar situation in the gold market. He claims:

“For the record, gold rallied strongly prior to the approval of the spot ETF. It was followed by a year of price declines, followed by a multi-year mega-rally ”. 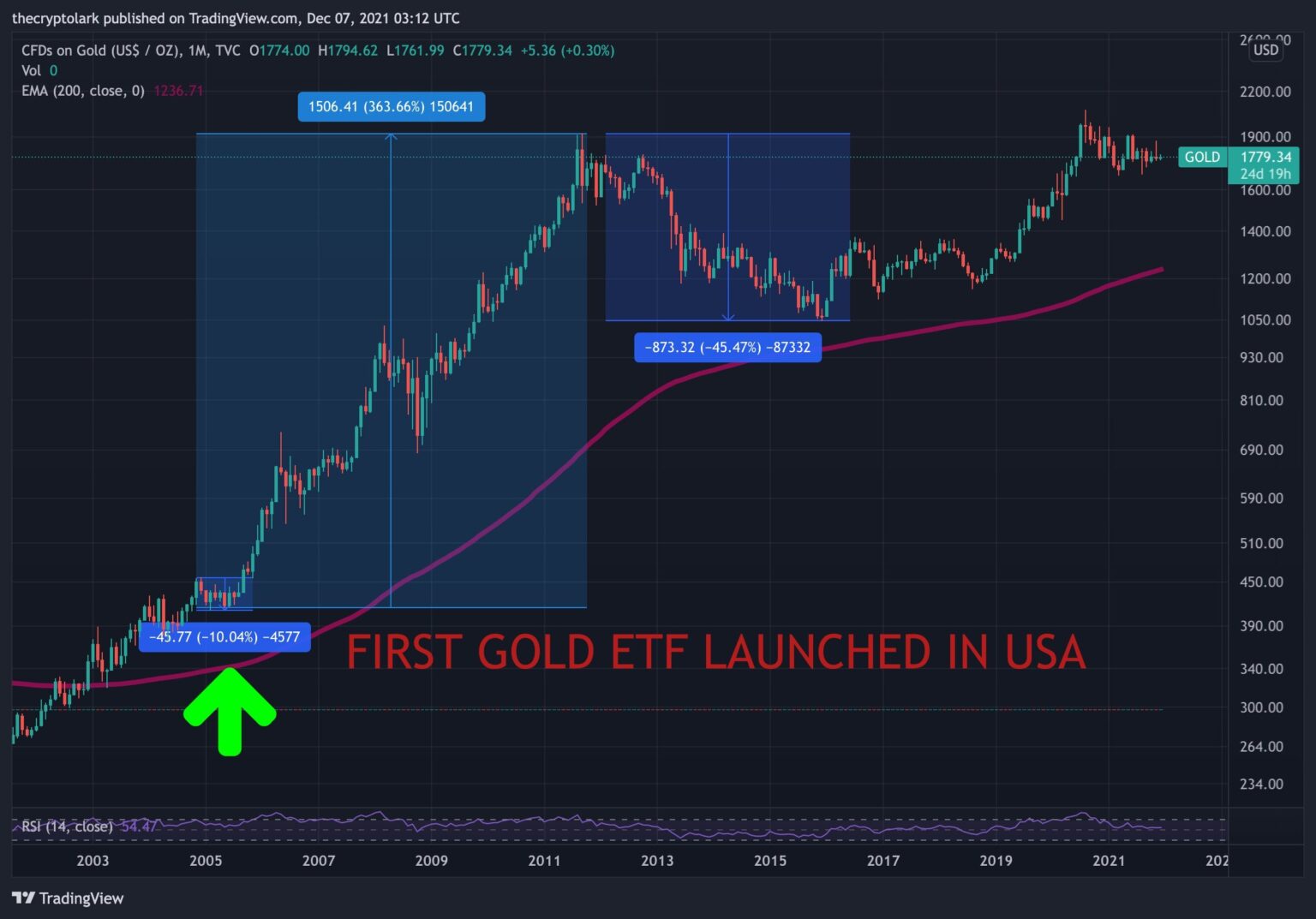 The phenomenon of lengthening Bitcoin cycles and the entire cryptocurrency market is already more than a hypothesis. Historical analysis shows that each subsequent BTC cycle was longer than the previous one, and the importance of the four-year rate of halving is gradually decreasing. In addition, the ROI on successive cycles also declines, so owners should expect lower returns over time. Lark Davis states that, based on the fact that the cycles are lengthening, the BTC price peak in this bull market will be in 2022.

Here he refers to Benjamin Cowen’s analysis. Additionally, Davis points out that if this happens, the four-year cycle theory is likely dead. It is worth noting that Cowan himself admits the possibility that the peak the current a bull market will happen even in 2023. In his opinion, each subsequent cycle lasts 1-1.5 years.

Another major catalyst for a protracted bull market is Ethereum blockchain development… According to the CoinGecko platform, this network is steadily increasing its share of the cryptocurrency market. At the moment, its dominance is almost 20%. What’s more, ETH’s $ 450 billion market cap already accounts for over 50% of BTC’s $ 888 billion market cap.

Among the main changes that Ethereum is undergoing, Lark Davis lists: the transition to the Proof-of-Stake protocol, a triple cut in half, a limited deployment of sharding, which is expected to increase the number of transactions per second by 3-4 times. Most of these updates are slated for implementation in 2022, hence the bull market could expand before the actual implementation of these changes. Davis notes that ETH remains the king of smart contracts, so what happens there has implications for the entire market.

The fourth reason on Davis’s list is fast growth of mainstream blockchain networks, alternatives to Bitcoin and Ethereum… Gradual diversification crypto market Is a good sign of a growing and rapidly developing industry. At the same time, sustainable growth takes time. The innovation of the best projects in 2022 will not slow down.

Lark Davis names Polkadot (DOT) and Cardano (ADA) at the forefront of the dominant altcoins. Their blockchains will bring even more money to the market. He adds to this list the development of other Layer 2 solutions that have grown rapidly in 2021. These include Avalanche (AVAX), Polygon (MATIC), and Solana (SOL).

In 2021, the NFT market has developed very dynamically. Every week, there were reports of new sales records for digital art, famous artist songs, or the best of the CryptoPunks or Bored Apes collections. In addition, more and more well-known brands are choosing to release their own NFT collections in search of new channels to reach their audience. Lark Davis highlights the importance of NFT as a gateway to mass adoption of cryptocurrencies:

“NFTs continue to attract public interest and brands are actively moving forward. NFT will be the first point of access for millions of people to cryptocurrency. “ 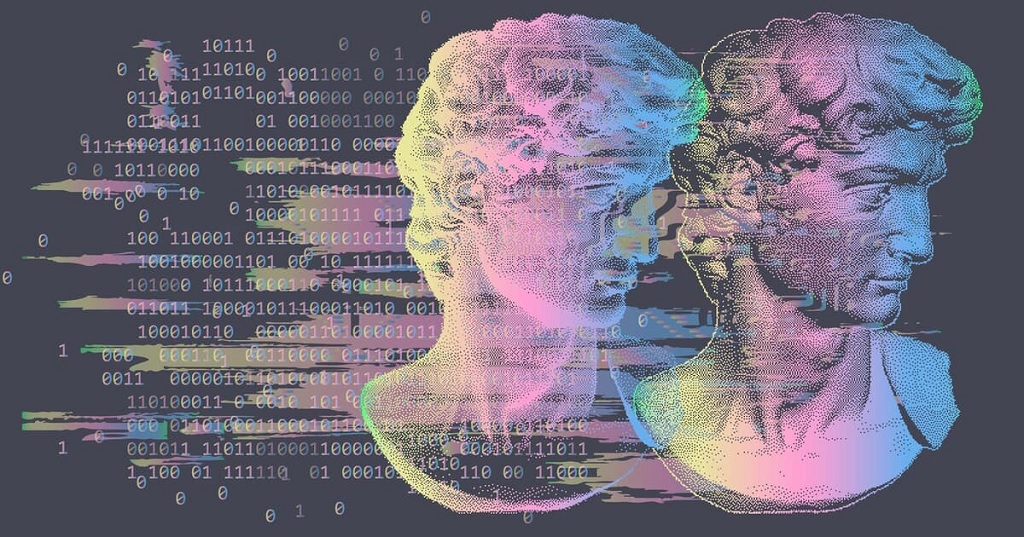 Video games and the metaverse

The sixth argument for expanding the cryptocurrency bull market until 2022 is the development of blockchain-based video games and metaverse projects. Many large projects in this niche are still in development and major releases are announced next year. Also, the price of virtual land in the largest blockchain games is already rising rapidly. For example, at the end of November, a land plot in Axie Infinity (AXS) was sold for a record $ 2.3 million. Previously, a land plot in Decentraland (MANA) was sold for $ 900,000 in June this year.

An additional catalyst for the adoption and popularity of blockchain-based video games is the growth of the Play-to-Earn (P2E) sector. This allows video game fans to pursue their hobby of earning cryptocurrency, which they can subsequently exchange for local fiat currencies. For example, many P2E players in the Philippines make a living playing their favorite games. Lark Davis stresses potential inflow of new users and funds to the cryptocurrency market in 2022. 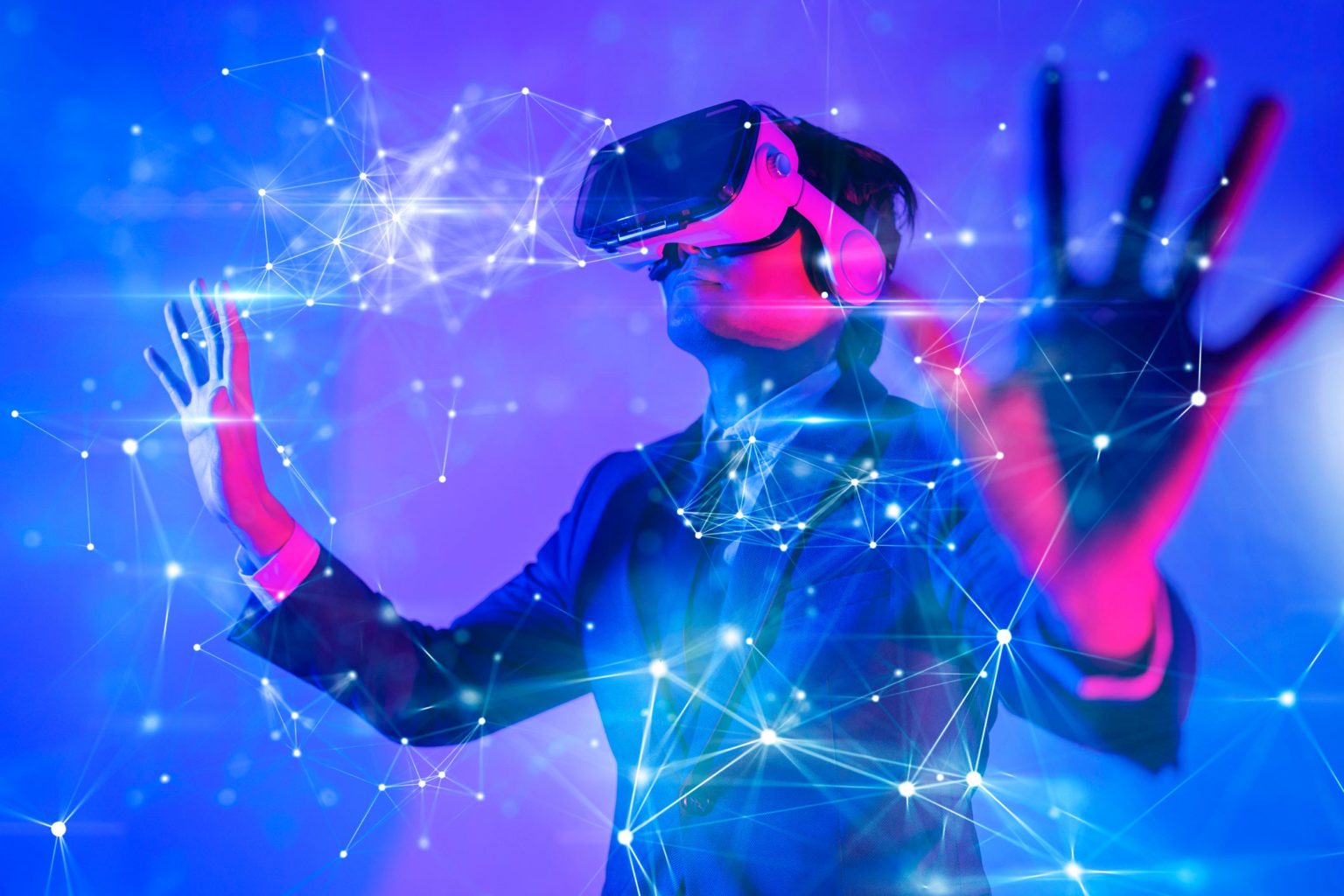 The final argument for extending the bull market to 2022 is big money institutional investors… They are just beginning to realize that this is the best technology investment class of this decade, Davis said. Reports of the next major purchases of Bitcoin MicroStrategy have become almost commonplace by now. However, other groups of large investors, for example from South Korea, are joining Michael Saylor’s company.

More cities are introducing the ability to pay salaries in Bitcoin or launch cryptocurrency retirement plans. Katie Wood predicts an influx of big money from institutions, according to which the allocation of just 5% of their funds will raise the price of BTC to $ 500,000.

First of all, Lark Davis points to runaway inflation that will further drive the value of deflationary cryptocurrencies. In conclusion, Davis notes that the huge bull cycle is likely to end in 2022. He also notes that the next bear market will be fundamentally different. It will help to take profit on the way up.