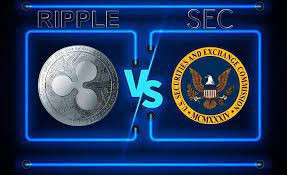 Exactly one year ago, the SEC filed a lawsuit against Ripple


A year has passed since the filing of a lawsuit by the US Securities and Exchange Commission (SEC) against Ripple and its executives. Since that moment, many events have passed, but the matter has hardly budged.

The attention of the entire cryptocurrency industry is riveted on the process, as it, according to many experts, will set a precedent for future litigation and clarify the regulation of cryptocurrencies.

Therefore, such a process cannot end quickly. As attorney Jeremy Hogan tweeted today, the judicial system is tedious and lengthy, but US courts are usually right:

I have been involved in a thousand lawsuits in various U.S. Courts and various areas of law.

The Court system is frustrating and lengthy.

But what I know is that — IT USUALLY GETS IT RIGHT.

Don’t give in to cynicism. It will get it right, again. https://t.co/QZREMZBSip

In addition, in the course of the process, many interesting facts became known, which, among other things, allowed the former leaders of the regulator to be accused of a conflict of interest. The nonprofit Empower Oversight has filed a Freedom of Information Act (FOIA) complaint against the SEC over a potential conflict of interest with government officials to influence Ethereum and Bitcoin, while simultaneously lowering the price of XRP by suing Ripple. The organization came to the attention of William Hinman, Jay Clayton and Mark Berger.

A surprise was the participation in the case of XRP investors, who were badly affected by this lawsuit. Led by attorney John Deaton, who speaks on behalf of the XRP holders, they were able to get involved in court as an “amici curiae” during the process. Token holders will be able to assist the court in clarifying legal issues related to the SEC case against Ripple.

Today, Rippple CEO Brad Garlinghouse, one of the defendants in the case, tweeted his take on the SEC’s actions, stating that the battle is just beginning:

Today, the SEC voted to attack crypto. Chairman Jay Clayton — in his final act — is picking winners and trying to limit US innovation in the crypto industry to BTC and ETH. (1/3) https://t.co/r9bgT9Pcuu

Despite the lawsuit, Ripple has thrived this year with many promising partnerships and ODL sales for Ripple grew 231% from Q1 to Q3 2021, indicating a growing demand for blockchain-based remittances. In addition, two states have expressed a desire to try out the Central Bank Digital Currency (CBDC) using Ripple technology – Bhutan and the Republic of Palau.