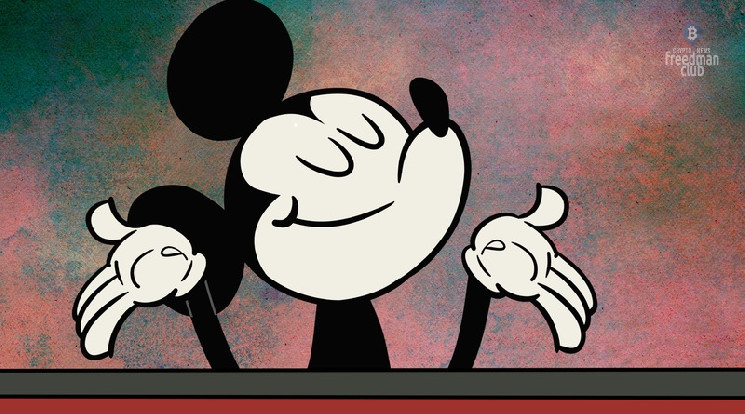 The VeVe trading platform is known in the NFT market for the fact that it entered into a partnership with Marvel in the summer. They are currently working on the upcoming Deadpool NFT release. At the same time, VeVe pays attention to Disney.

Disney first mentioned the new set of NFT releases back in October, when it was able to achieve phenomenal success with the Marvel NFT release on the market. After that, VeVe and Disney began creating NFTs similar to Star Wars and The Simpsons.

They are currently preparing the latest release, “The Mickey Mouse NFT Collection”. The first episode is called “Steamship Willie” and features a black and white Mickey Mouse on the deck of a steamer. The collaboration between the trading platform and Disney is driven by VeVe leveraging its proprietary ECOMI blockchain protocol to provide environmentally friendly NFTs with a focus on collectibles.

VeVe has also partnered with some non-traditional actors such as the US Postal Service to use iconic images for postage stamps. In addition, the platform recently teamed up with Immutable X to integrate VeVe NFT with the Ethereum network.

Released by NFT Disney on VeVe, it quickly sold out among collectors and brought significant profits to the companies. The NFT community expects the upcoming release of Mickey Mouse to show similar results.

The latest Disney and VeVe release will open to the public on Wednesday, December 22nd at 12:00 p.m. PST on the VeVe app for iOS and Android.

NFT is booming this year and is generating a lot of revenue for the companies and individuals that issue them. The more exclusive content NFT implements, the higher their cost. Most likely, extremely rare NFTs will be popular next year, because soon the market will reach saturation and value, as well as the price of NFTs will decline.

Only a limited NFT class associated with famous persons or events will remain in demand. In some ways, the situation with NFT resembles what is happening now with meme-tokens, which at first caused a storm of delight, and then, for the most part, ceased to interest market participants.