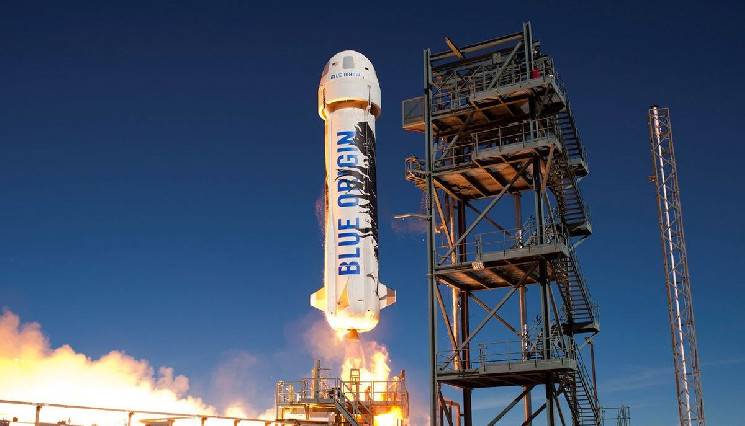 Tron Network founder Justin Sun, and acting Permanent Representative of Grenada to the World Trade Organization, announced that he has won the competition for the first place in the Shepard rocket from Blue Origin by Jeff Bezos.

(1/12)6 months ago, I was lucky enough to win the auction of Blue Origin’s first launch! Today, I announce that I’m launching the “Sea of Stars” campaign, which will select 5 warriors to explore space with me in 2022! @blueorigin @clubforfuture!
Details: https://t.co/uoCCwofsjk pic.twitter.com/gZmPDQ3l5D

For this pleasure, the entrepreneur paid $ 28 million, these funds will go to the Blue Origin fund called “Club of the Future”.

Thus, Justin Sun will become the first Grenadian international diplomat and representative of the blockchain industry to travel to space.

In total, five crew members will participate in this flight, which will take place in 2022.

Of course, a controversial member of the cryptocurrency industry commented on this event in his characteristic enthusiastic manner:

With the rapid development of commercial aviation and astronautics, the dream of going into space can become a reality for everyone. We are entering the era of great space travel.

Blue Origin’s initiative to bring more people into space to see Earth as our only common home is truly outstanding.

The Future Club strives to inspire young people around the world to dream and realize their dreams of science, technology and space exploration. I felt obligated to contribute to the development of this movement.

As HCN previously reported, Justin Sun stepped down as the founder of the Tron Foundation and became the World Trade Organization Ambassador to Grenada.