The first public parachain launched on the Polkadot network. What does it mean

Altcoin developers have completed the first parachain auction. Why this is important and how it can affect the value of DOT tokens in the coming year 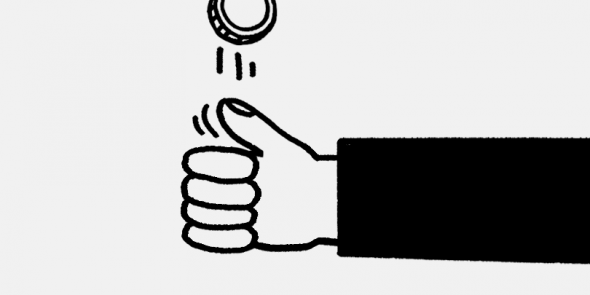 On December 20, Polkadot developers announced that they had upgraded Shell’s parachain to Statemint on the mainnet. This means Shell was the first parachain launched on the Polkadot mainnet. We understand what parachains are and why they are needed.

Polkadot is a system that connects different blockchains and allows them to interact. The main goal of the project is to create a unified financial space without borders within the framework of a multiblockchain. The Polkadot developers have implemented the ability to create independent networks based on the system, called parachains.

How parachains are launched

The Polkadot developers created an auction system so that the community can determine which projects to launch on the mainnet. There are only 100 free slots in the parachain network. To take one of them, the project needs to get support from holders of DOT tokens. DOT holders have the opportunity to support the project by transferring a certain amount of tokens to it. For this, they can receive a reward after the project is launched on the main network.

The first parachain auction at Polkadot began on November 11 and lasted until December 17. After that, the slot rental period started on the altcoin network. This means that the winning projects will occupy the slots until October 20, 2023.

The main difference between parachain auctions and the ICO (initial coin offering) model is that users’ funds that they send to support projects return to them after a while. Parachain developers do not have access to tokens that are blocked on the Polkadot network.

The Polkadot developers have a dedicated Kusama network where they test all updates before integrating them into the main network. There is also a parachain auction system in the testnet, but it differs from the analogous system in the mainnet in the slot lease period.

In the Kusama network, the project takes a slot for 48 weeks, in contrast to Polkadot, where this period is 96 weeks. Kusama has virtually spun off from the main Polkadot network and is now community driven.

The Polkadot network is of fundamental interest to investors, since the project currently looks more promising than its direct competitor Ethereum, said Viktor Pershikov, lead analyst at 8848 Invest. In his opinion, significant growth in DOT tokens is expected in the second half of 2022.

“In case of a positive situation on the crypto market, next year DOT may well renew its historical maximum. Its global goal for me is at $ 70 per token, but it will take several years, ”the analyst noted.

Throughout 2021, Polkadot showed maximum values ​​and continues to demonstrate active dynamics, says Artem Deev, head of the analytical department at AMarkets. In his opinion, next year the cost of DOT may exceed $ 50. Deev’s forecast is based on the fact that the number of participants in the Polkadot ecosystem will only increase.

Polkadot is an interesting solution designed to scale the crypto industry and make it seamless, explained Nikita Soshnikov, director of the Alfacash cryptocurrency exchange service.

“Perhaps the most interesting of the projects of the Polkadot ecosystem seemed to me Moonbeam – a project for offline scaling of the payment capacity of the bitcoin network. This is also a payment channel deployment solution similar to Lightning, but with a number of technical differences, ”the expert added.

“The DeFi segment as a whole is now quite competitive and it will be difficult for a new project to” shoot “, – added Pershikov.