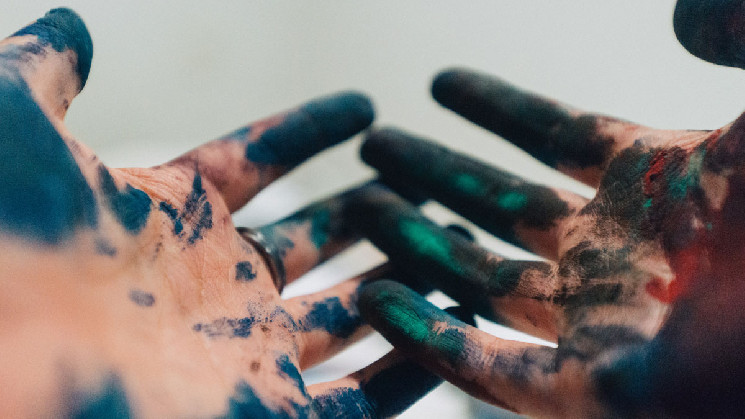 The brilliance and misery of NFT. How the digital marketplace is making artists poorer

NFT mania has taken over the world this year. Famous artists, popular actors, musicians and athletes began to issue their own unique tokens, trying to jump into the last car of the departing train. News about how big money NFTs are selling for comes out every day. But has the new industry changed the lives of slightly less popular artists?

The artist Erika-Xero spoke about how the beautiful fairy tale told about the NFT industry relates to the real life of digital artists. And what can be done about it (spoiler – nothing yet).

The market is new and the fraudulent schemes are old

The sector is now awash with scammers of all stripes, according to Erika-Xero. Basically, they trade by stealing other people’s work with subsequent uploading in the form of NFT to popular marketplaces. They steal both the works of living and deceased artists. Business is business, especially since the work of a deceased artist can be sold for much more.

Towards the end of the year, artists increasingly began to complain that they were learning (most often thanks to the DeviantArt Protect service) that their work was being sold as NFT on popular sites. Marketplaces that earn horse commissions continue to turn a blind eye to user verification and confirmation of user rights to content sold on their marketplaces.

If you are an artist, it is not possible to control NFT while protecting your creativity: “<...> there are many marketplaces and at least a few blockchains where you can “mince” the NFT. But even on one blockchain – and a marketplace! – not just identical NFTs can get along, but entire collections of doppelgangers [двойники — прим. ред.]».

Another problem is that NFTs don’t last forever – they disappear. For example, this can happen if the artist still decides to strain himself and is able to confirm the fact of copyright infringement. Here both the artist whose work was stolen, forced to prove for a long time that he is not a camel, and the work of art did not personally bring him any profit, and the buyer, who paid an impressive amount to the swindler, will suffer here. NFT from the collection of an unsuspecting buyer of stolen goods will simply evaporate. And along with him and the money that was paid for him.

No identity confirmation is still required: anyone can upload absolutely anything to the marketplace. Moreover, minting on OpenSea is free – a commission is charged on the transaction upon purchase.

Twitter users express the opinion that OpenSea is run by bots that upload stolen content to the site with entire galleries, without going into details (this version is supported by the fact that not only works appear on the site, but also price lists and other technical pages ).

Another interesting feature of such marketplaces is that any user can post a work, but an artist who wants to remove an NFT that infringes his copyright has to send a DMCA form (DMCA is a law that supplements US copyright law with directives that take into account modern technical achievements in the field of copying and distributing information), which means that the site receives personal information, which, in a paradoxical way, will be transferred to the fraudster, the complaint about whose account is made by the author.

Who and how actually makes money on NFT?

Today, the NFT sector is a gray area where fraudulent schemes can be easily implemented. There are no separate laws regulating this industry in any country in the world. According to knowledgeable people, NFTs are “the best way to launder money in the cryptocurrency world.” Plus, they’re easy to move around – they don’t physically exist, and most platforms “operate with minimal or no KYC (Know Your Customer) requirements.”

It is difficult for newcomers to this market – as well as to the traditional art market – to break through.

It’s easy to sell your work for millions of dollars when you’re Banksy and the world knows you, but the average artist is doomed to sell his work for the equivalent of three dollars.

At the same time, the huge sums for which digital works of art are sold are often just a laundering scheme in which the token is resold several times to the artist’s friends and relatives in order to increase the price and evade taxes.

What can you do with a booming industry if you are a humble artist who knows little about PR and promotion through online platforms for selling art objects? In general, so far nothing. The laws of the market work against creative people. Only a well-known name and as loud publicity as possible can protect the real author from fraud. And even the preventive creation of NFT collections with their works will not help much – no one is stopping criminals from creating exactly the same collections on other sites and making money on them until the real author seriously defends his rights.