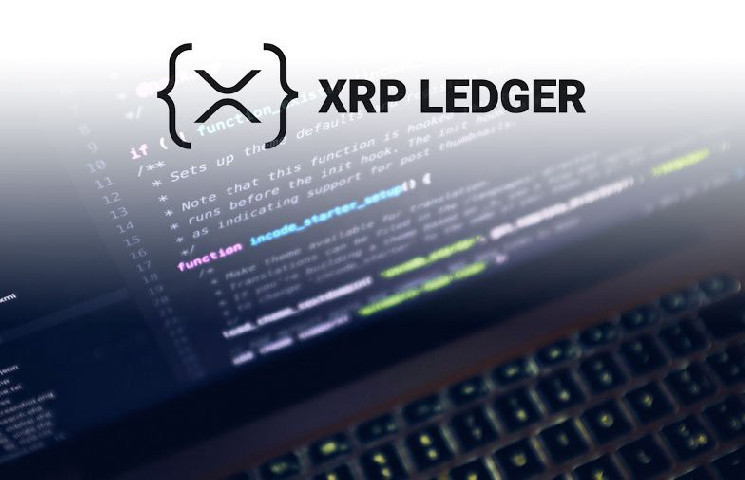 
Developer Elliot Lee has announced that an update has been released for the Ripple XRP Ledger main server software.

Developer Elliot Lee has announced that an update has been released for the XRP Ledger Master Server software, version 1.8.2. This release fixes full transaction queues and the increased transaction fees issue seen in the XRP ledger. There were also some optimizations and minor fixes to improve overall server performance.

Error correction
Eliminate increased transaction fees: This change addresses full queue issues in two ways. First, deferred transactions are placed directly in the open ledger and not in the transaction queue. This reverses a subset of the changes from ximinez @ 62127d7. A transaction that is in the open registry but fails validation must remain in the open registry so that it can be proposed again immediately. Second, it changes the order in which transactions are fetched from the transaction queue to increase the overlap in server offerings on the original transactional consensus. As with the old rules, transactions with a higher commission level are selected first. Contrary to the old rules, transactions with the same commission level are sorted in ascending order of transaction ID / hash. (Previously, transactions with the same fee level were not sorted, resulting in a different order for each server.)
Added the ignore_default parameter to the account_lines API: This flag, if present, suppresses the display of incoming trust lines in the default state. This is primarily motivated by the fact that users often have many unwanted incoming trust lines in their default state, which are useless in the vast majority of cases. The ability to suppress them while account_lines is running saves bandwidth and resources. (# 3980)
Made custom I / O and prefetch workflows: This commit adds the ability to specify io_workers and prefetch_workers in a config file, which can be used to specify the number of threads to handle raw inbound and outbound I / O and to set the number of threads to execute a store prefetch node. (# 3994)
Applied RPC account traversal limits: This changes how the account_objects API method counts and limits the number of objects it returns. Instead of limiting the results to the number of objects found, it counts the number of objects passed. In addition, the standard and maximum limits for non-administrator connections have been reduced. This reduces the amount of work that a single API call can do so that public API servers can more efficiently balance the load. (# 4032)
Troubleshooting Shutdown Crash: The NuDB backend class might throw an error in its destructor, resulting in a crash during graceful server shutdown. This accident was harmless, but resulted in false positives and noise while tracking other possible accidents. (# 4017)
Improved reporting of the job queue in the server_info admin panel: the server_info command, when run with administrator rights, provides information about jobs in the server job queue. This commit provides more descriptive names and more granular categories for many of the jobs that were previously all identified as “clientCommand”. (# 4031)
Improvements to full and condensed internal node deserialization: Remove the redundant copy operation from the low-level SHAMap deserialization. (# 4004)
Report mode: redirect only to synchronized P2P nodes: Previously, servers in report mode were redirected to any of the P2P nodes they configured in a random order. This commit improves selection so that it only selects P2P peers that are fully synchronized with the network. (# 4028)
Improved handling of X-Forwarded-For and Forwarded HTTP headers to fix the way the server handles IPv6 addresses in these HTTP headers. (# 4009, # 4030)

It was previously known that Xange.com would develop a carbon neutral lending solution for the Ripple XRP Ledger.