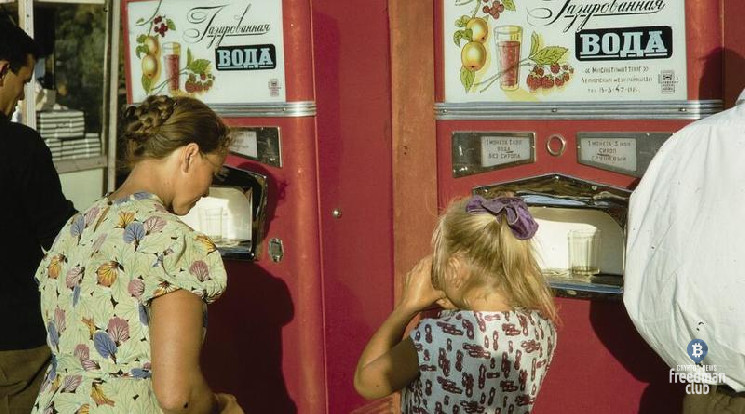 Inside the DeFi vending machine


Decentralized finance (DeFi) is on the verge of automating the existing financial market, but what does it have to do with the soda machine that was prevalent in the middle of the last century?

Imagine how surprised people were when soda vending machines appeared in the early 1960s. Instead of going to the nearest store for lemonade, it was enough to drop a coin, and the machine poured sparkling water with syrup with a characteristic buzz.

Financier Nick Szabo, almost 25 years ago, made a witty joke in his work that such machines can be considered as the predecessors of applications and smart contracts. These mechanisms operate on the Ethereum blockchain and are driving the development of decentralized finance, or DeFi.

DeFi has a similar structure to a line of vending machines, which no longer dispenses soda, but financial services and products.

“Within a limited number of potential losses, the machine accepts coins and, using a simple mechanism, dispenses change and product according to the indicated price. A vending machine is a contract with a bearer: anyone with coins can trade with the seller, ”says the financial researcher.

The automated machine interface, a display used for selection and payment, appears in the DeFi space as applications used on a phone or computer. Behind the scenes, smart contracts act as engines and mechanical levers to ensure that the protocols work properly, and with it, the applications themselves function correctly.

DeFi slot machines are operated using coins, not fiat coins, but stablecoins and digital assets. Because traditional money operates outside of blockchain networks.

Here’s a simple example of how this works in real life. For example, you want to buy a non-fungible token from the new collection of Bored Ape for $ 2,000, which, as you think, will subsequently increase in price, but there is still two weeks before the paycheck and there is simply not enough money to buy. 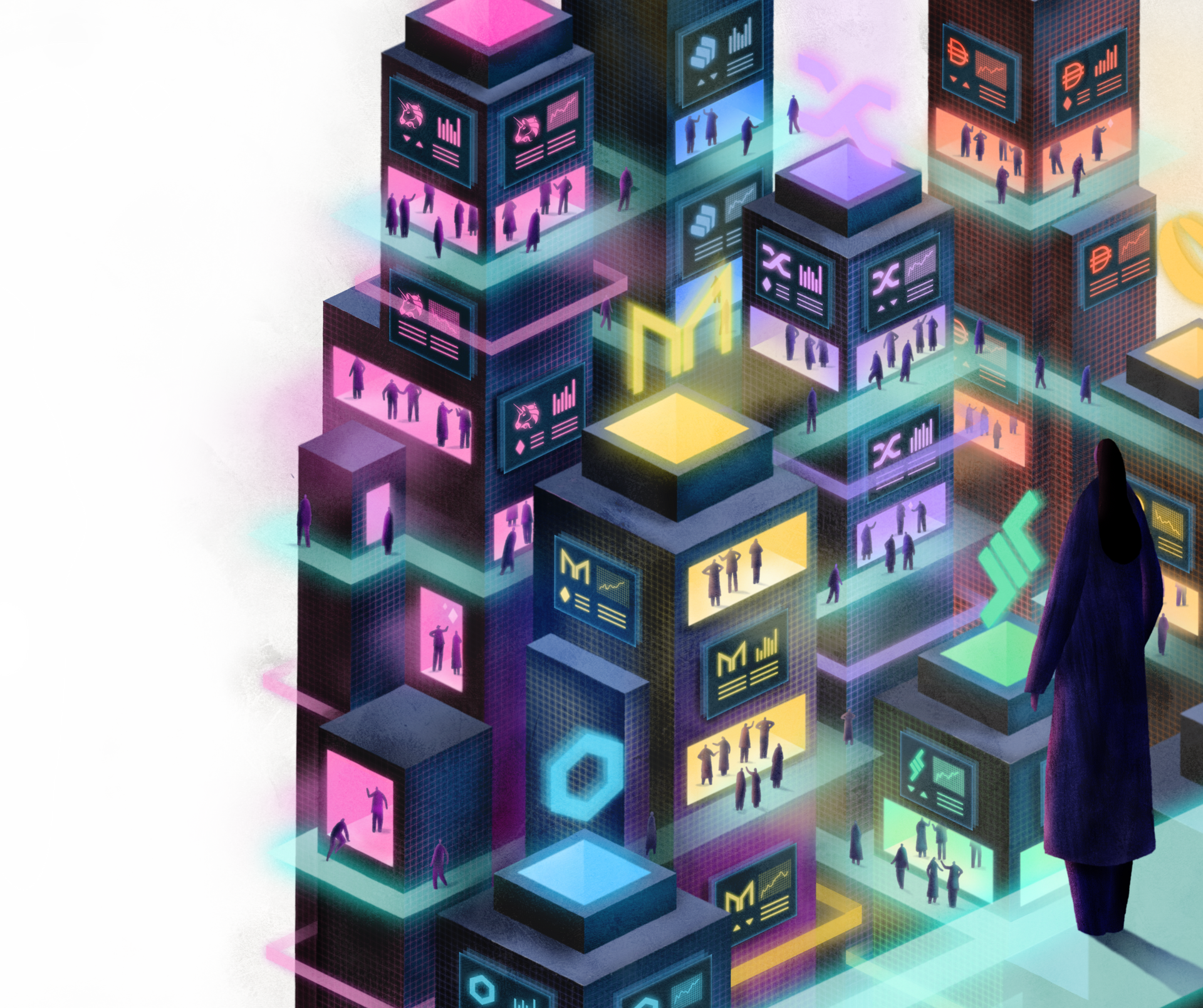 There are two options – contact the bank, but the financial institution may refuse the loan. You can, of course, wait until the salary, but the price of the token can grow several times during this time.

But thanks to the DeFi vending machine, you can dip your existing stables or other NFTs into the slot and get a crypto loan that allows you to purchase what you want.

The borrowed amount will be immediately transferred to your digital wallet and automatically withdrawn from the same digital wallet three weeks later. Interest will be added to it, in tokens that you choose yourself.

Thus, DeFi solves some financial issues, and most importantly, around the clock and without breaks on weekends for everyone who has stable or digital tokens. Smart contracts have other features built on the Ethereum blockchain, like open and decentralized protocols, they can be reorganized, repackaged and rebuilt into a new smart contract.

This has a similarity to the fact that absolutely anyone can walk up to a vending machine in a large retail store and add a bar of chocolate to the soda, and another person will make changes to the payment system, and in addition to paper rubles and coins, the machine will start accepting bank cards. And all people who make useful modifications will receive a small reward, as their actions will increase sales for this machine.

But there is also the danger of fraud. So that the offender does not take advantage of the machine and take out the proceeds or all the products from there, the machines are placed in public places, protected by seals and tags, protected from unauthorized access.

You have the opportunity to make only useful changes – add new functions, as well as improve existing capabilities. But you cannot ruin the machine by damaging its work.

Due to the fact that the DeFi space has a decentralized and open infrastructure, combined with the protection provided by blockchain technology, it is really difficult for attackers to damage the normal operation of the machine.

Thanks to open source code, any of the network participants can easily check whether the smart contract is working correctly, whether it continues to perform programmed operations and agreements.

Security and increased resilience are what defines smart contracts. Transparency, broad cooperation led by blockchain technology can subsequently introduce DeFi into any of the spheres of everyday life that are familiar to us.

DeFi doesn’t just improve on the existing system of finance, the decentralized space offers the latest financial system that is unlimited and built from the ground up.

The existing infrastructure is completely controlled by a large number of institutions, which spend time and money cross-checking each other and, rather, doing harm due to high costs and wasted time.

An updated version based on DeFi may look completely different: a lot of government agencies are turning into a decentralized registry, running simultaneously on millions of computers. Various financial institutions like banks or even fintech companies that depend on the state apparatus are being replaced by automatic equipment available to everyone. International transactions will be carried out without the participation of national currencies – their place will be taken by stables and cryptocurrencies.

DeFi is a world of open finance that is open to everyone: no matter your nationality, gender or location, the main thing is the desire to become a part of something bigger. 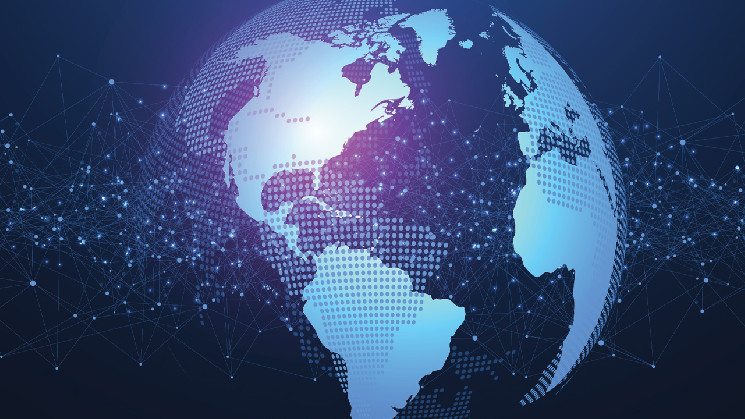 What about the existing disadvantages?

Of course, now not everything is as smooth in the DeFi world as it seems at first glance. For example, retail investors, trying to enter a new environment for them, are immediately faced with high transaction costs on the network.

Since DeFi is based on the Ethereum blockchain, the so-called “gas payment” is making itself felt. The network has long been overloaded with users and at the peak of the popularity of NFTs, which also operate on the air, one transaction cost users more than three hundred dollars. This price did not depend on whether you want to transfer a million ETH from your wallet to a new project or convert $ 50 stables into Ether.

Now the Ethereum blockchain cannot meet the demand for space for blocks, perhaps in subsequent updates this task will be able to be solved by developers, but now the problem of scalability has grown into a huge cost of transactions.

In addition to retail investors, regulators are also suffering as they find themselves unable to enact laws for the new technology environment. Regulators are also worried that as soon as stable and digital assets acquire sufficient power and distribution, then in the very second, states will lose their unlimited power over the financial world.

Today, it is possible to track the actions taken on the blockchain, check the history of transactions, but no one will be able to access the identifiers or the public key behind the digital wallets involved in transactions.

In the event that regulators are trying to determine who is behind a transaction, they really rarely succeed in doing so, because blockchain technology guarantees the anonymity of its users.

More often than not, regulators try to prevent criminal activity by trying to detect money laundering or terrorist financing cases, in which case international cooperation helps. But when it comes to oversight or licensing, it is difficult for different jurisdictions to reach partnerships.

Should these DeFi restrictions apply to regulators? As long as fraud and criminal activity can be prevented and prosecuted, regulators should allow the development of DeFi to take its course. The degree of transparency and control provided by the Ethereum blockchain and the high level of education of its participants play against direct regulatory interference in DeFi.

Self-regulation through smart contracts should be the first line of defense. The same ingenuity used in creating the DeFi space can be used to disseminate important information, create basic contractual protections, and curb abuse. Therefore, the choices made by the DeFi community will be critical to its future. DeFi can be a reliable financial alternative for all of us.