“I have no doubts about the survivability of Ripple.” What will happen to the price of the XRP token

Altcoin XRP has been growing faster than the market in the last week. Will this trend continue and will the coin be able to return to all-time highs set almost 3 years ago? 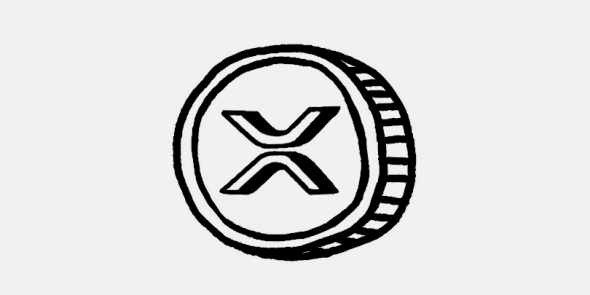 Over the past week, the price of the XRP token has increased by 14%, to the current level of $ 0.89. At the same time, Bitcoin rose in price by 4%, and Ethereum – by 6%. Perhaps this dynamics of the cryptocurrency from the Ripple company is associated with the distribution of Sologenic tokens to XRP holders. A total of $ 860 million worth of altcoin will be distributed, the airdrop is supported by Binance.

Despite rising in the past 7 days, XRP continues to trade well below its all-time high, which was set at $ 3.7 in January 2018. In order to reach this zone, the coin needs to rise in price by another 311%.

There are no prerequisites for XRP to rise to record levels, says Roman Nekrasov, co-founder of the ENCRY Foundation. At the same time, he admitted that the altcoin could rise in price by half from the current levels. This is facilitated by the settlement of the conflict with the US Securities and Exchange Commission (SEC), at least there is no threat of closing the company, Nekrasov added. He emphasized that their extensive portfolio of partnership agreements with major players in the financial industry speaks in favor of the development of Ripple Labs.

The SEC at the end of 2020 accused Ripple of selling $ 1.3 billion in unregistered securities under the guise of XRP tokens. In November of this year, the CEO of Ripple suggested that the trial would end in 2022.

“I have no doubts about the survivability of Ripple. But it is unlikely that it will be possible to reach the maximum XRP. Let’s just say that this is hindered by the lack of great interest on the part of market participants in relation to this coin, ”the specialist believes.

According to him, the focus of attention is now on blockchain platforms for creating smart contracts, on infrastructure solutions, on platforms for DeFi and so on, that is, on Ethereum, Solana, Avalanche and others.

XRP is a cryptocurrency with a “bad history and big questions” to the project itself, added Anton Kravchenko, CEO of Xena Financial Systems. He believes that Ripple’s altcoin will not be able to return to historic highs, and any growth will be the result of price manipulation.

“You shouldn’t keep XPR in your portfolio,” Kravchenko recommended.

The ceiling for the XRP token is an opportunity to stay in the top 10 in terms of capitalization, since many promising projects have emerged that can crowd out the Ripple token, says Mikhail Karkhalev, financial analyst at Currency.com crypto exchange. He added that in theory, the token can return to its historical maximum value, but even in this case, its capitalization will be half that of Ethereum.

If Ripple wins the court against the SEC or the parties go to peace, this will create a powerful incentive for buyers, Karkhalev warned. An additional incentive can be the growth of the crypto market as a whole, for example, if bitcoin reaches $ 100 thousand, the specialist added.