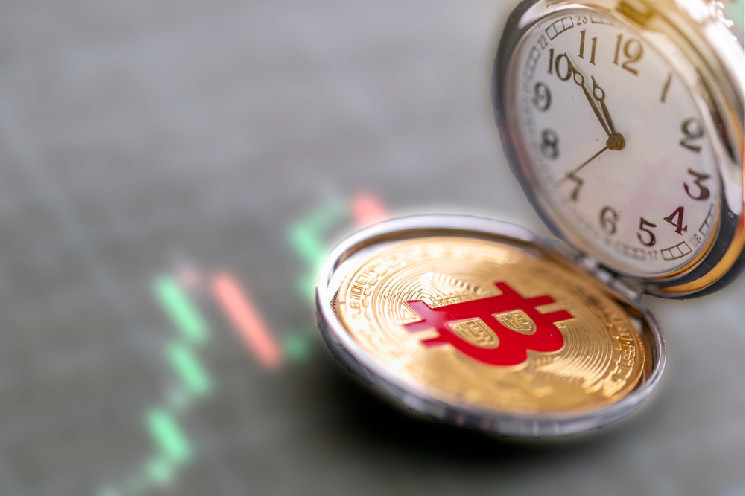 Traders estimate the volumes of long and short positions in Bitcoin.

On December 20, Bitcoin at the moment dropped to the level of 45.5 thousand dollars, although at the beginning of December 21 it was at the level of 46.5 thousand dollars. Again, like December 13, the decline in the price of bitcoin coincided with negative dynamics of the main indicators of Wall Street – S&P 500, Dow Jones and Nasdaq Composite, which lost more than 1% on Monday. Where will the oldest digital asset curve go next?

Traders weigh the data on long and short positions in bitcoin, while looking at it through the prism of how much contract volume is intended for settlement in cryptocurrencies and how much in dollar stablecoins. The second volume of contracts is ahead of the first, and the market for bitcoin futures contracts outstrips the volume of spot contracts in scale, causing the effect of negative funding, which is largely due to the scale of margin trading.

Combine with outlier negative funding on the contract and case for a large short being built grows stronger
Possible size is ‘only’ $1bn optimistically but could no doubt be enough to drive things up fast + spark convincing break of 50k and bring fomo back (currently nonexistent) pic.twitter.com/Lt67szPFE8

In such a situation, the likelihood of a scenario increases that if the bitcoin price rises to 49 thousand dollars, it will quickly go to the level of 52 thousand dollars, and then it may enter a further growth trajectory.

From the point of view of the Fear and Greed indicator, which is holding at 25 points (“great concern”), this suggests that investors have growing expectations about further growth in the price of bitcoin. The fact that bitcoin in its dynamics resembles a decline in the price of a digital asset this summer with an exit to the local “bottom” in September, says Michael van der Poppe, a trader at the Amsterdam Stock Exchange.

#Bitcoin price action reminds me a lot of the structure in the summer of 2021 and September bottoming.

The moment one of those breaks, an acceleration through liquidations of shorts seem likely. pic.twitter.com/iVNMq1yuHR

From the point of view of technical analysis, the price of bitcoin was close to the dynamic average for the last 50 days, which may also indicate a possible rebound. A similar situation was observed in July, when bitcoin lost more than 45% of its previous rise. However, if Bitcoin goes below this average this time, then it will test new lows. Moreover, bitcoin, reaching the level of 45.5 thousand dollars, has already fallen below the dynamic average value of its price over the past 200 days.

Nevertheless, it is worth noting that despite the current price drop, bitcoin has risen in price by 61% since the beginning of the year.