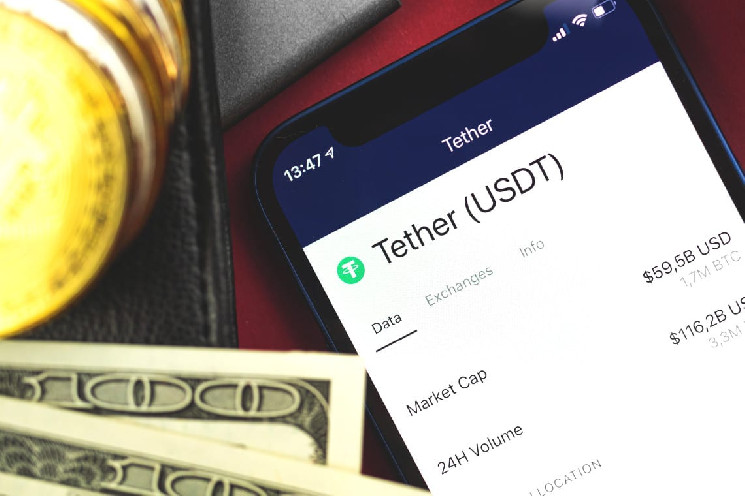 After the Fed meeting on Wednesday December 15, the cryptocurrency market showed a short-term rise, which was again replaced by a correction. Against this backdrop, the rapidly growing supply of the stablecoin Tether (USDT) is of particular interest.

Now a large number of traders have closed their positions and are currently holding USDT in huge quantities.

According to network data aggregator Santiment, the supply of USDT stablecoins on exchanges has reached a 6-month high:

The share of Tether stablecoins on exchanges rose to 22.5%, the highest level in more than 6 months.

This supply volume is estimated at $ 8.99 billion, which indicates an increase in purchasing power accumulating on the exchanges.

The ratio of #Tether stablecoins on exchanges has risen to 22.5%, which is the highest level in over 6 months. This amount of supply converts to $8.99B, indicating a rising level of buying power accumulating on exchanges. https://t.co/Ew9XWwqO2N pic.twitter.com/EjTwvQXOE2

The stablecoin issuer Tether has been issuing USDT quite aggressively this year. Over the past month, Tether has issued an additional $ 4 billion and its market cap has risen to $ 77.2 billion. 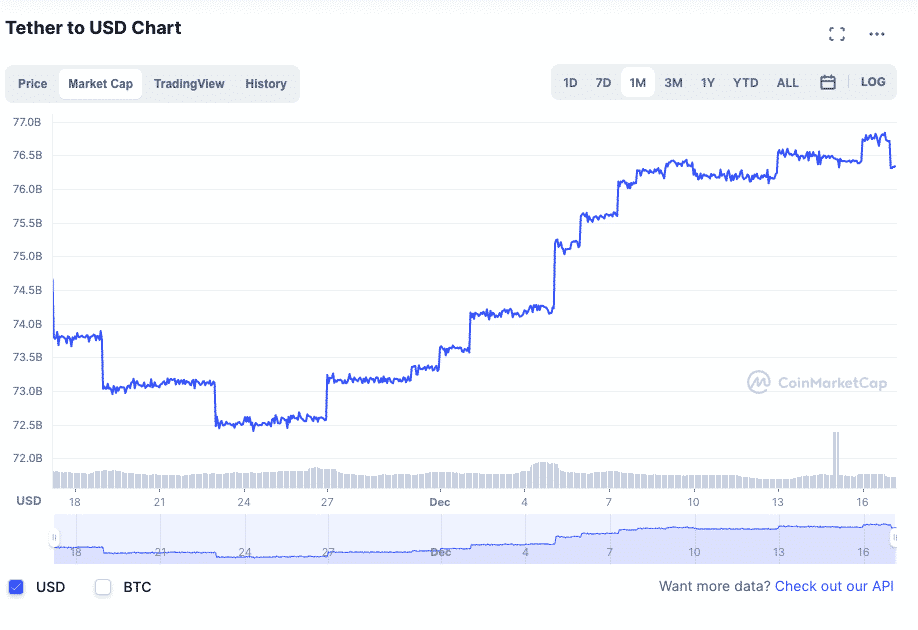 If we look at the graph from the beginning of the year to the present, USDT supply has quadrupled from $ 20 billion to nearly $ 80 billion.

It seems that Tether’s accusations of printing USDT out of thin air without backing it up with the US dollar at a 1: 1 ratio seem increasingly compelling. However, Tether refutes such claims.

100% [стейблкоинов] are backed by reserves that include traditional currency and its equivalents and, from time to time, may include other assets and receivables, – written on the company’s website.

This amount of USDT on exchanges speaks of uncertainty in the ranks of traders, who, probably, have withdrawn from their positions in bitcoins and altcoins and expect clarity in the current situation.