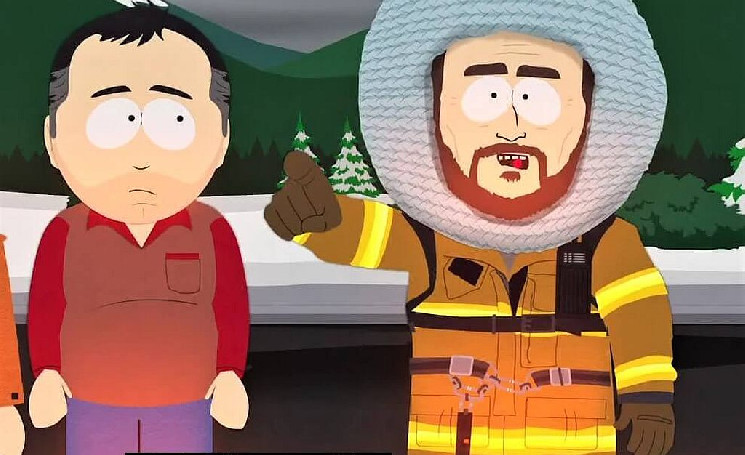 In a new exclusive special on the hit animated comedy series for adults, South Park has been trolled by non-fungible tokens and the investor community.

In an epic scene that went viral on the Twitter crypto segment, mature Kyle and Stan stand with a firefighter in front of a burnt-out building with dead people and talk about “mass murder, carnage.”

The firefighter said that first a guy in a suit came and started talking about investment opportunities, in response people started chanting “hodl”. Then NFTs began to rise in price, and their owners began to accuse other people of right-clicking on them.

Then people started beating each other because of the pump and dump scheme, “FOMO” and “empty talk”. One guy in a suit “waltzed like nothing had happened.”

The firefighter added that he managed to avoid the carnage thanks to the NFT “miniature donkey with a glowing sombrero.” Then a colleague approached him and suggested that he make a new investment in the image of a small turtle with wings.

In a new episode of one of the world’s most successful animated series, Wendy emulates the NFT community by claiming to be dealing with “genuine innovation.” Then Jimmy Walmer appears out of nowhere, saying that the NFT is an “indisputable asset” in areas such as art collecting.

This is scarily accurate to NFT and Crypto twitter pic.twitter.com/GG6e6cAO4H

Another scene from the special shows us Butters, aka Victor Chaos, desperately trying to convey his quirky Apple Bee hat and mustache NFT to a group of bewildered investors.