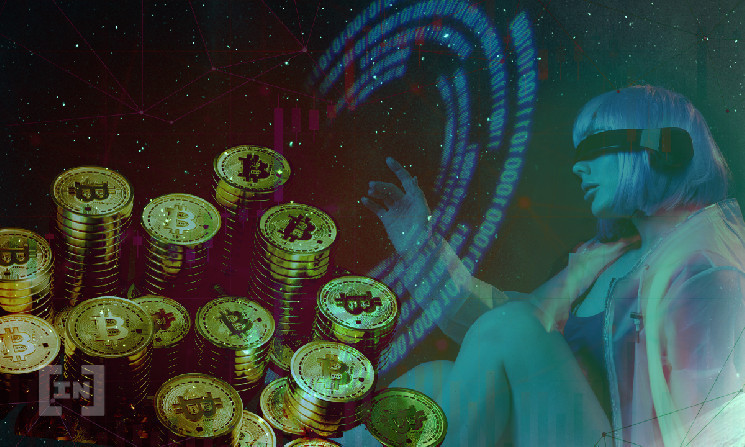 Bitcoin (BTC) was unable to reach the resistance line of the short-term channel yesterday and may now decline to the support line, but a bullish break is still expected afterwards.

Bitcoin registered a slight decline on December 16, but still remains within the range of the previous day, which turned bullish for BTC.

Thus, as long as this divergence is noted on the charts, BTC will retain the potential to start a rebound. 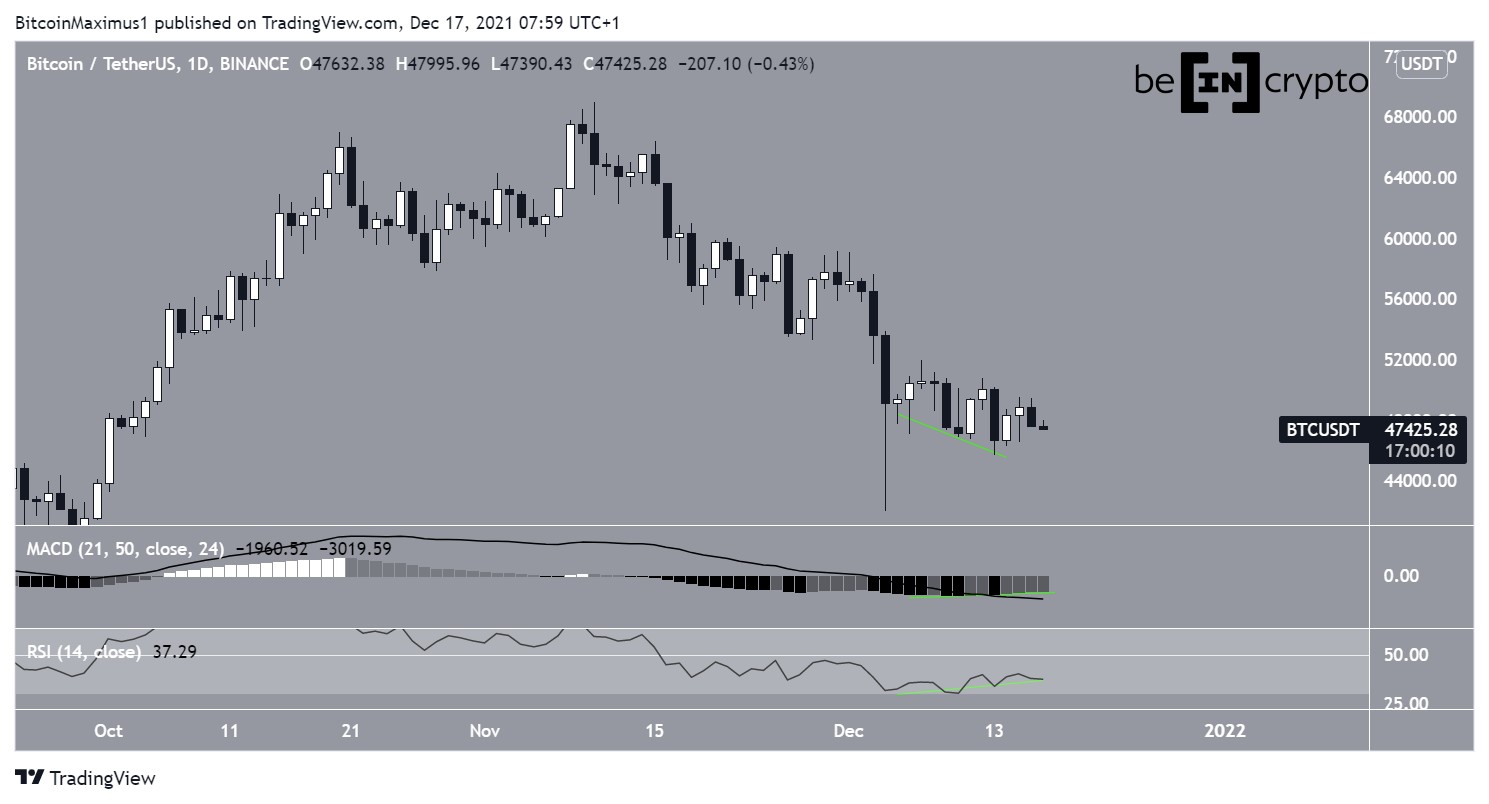 On the 6-hour chart, Bitcoin is trading within a descending parallel channel. This situation has persisted since November 10, when the price renewed its all-time high around $ 69,000.

Now trading is taking place near the median line of this channel.

In addition, the MACD and RSI indicators on this timeframe also give signals of bullish divergence, and here the divergence is even more pronounced than on the daily chart. This increases BTC’s chances of a final bullish breakout. 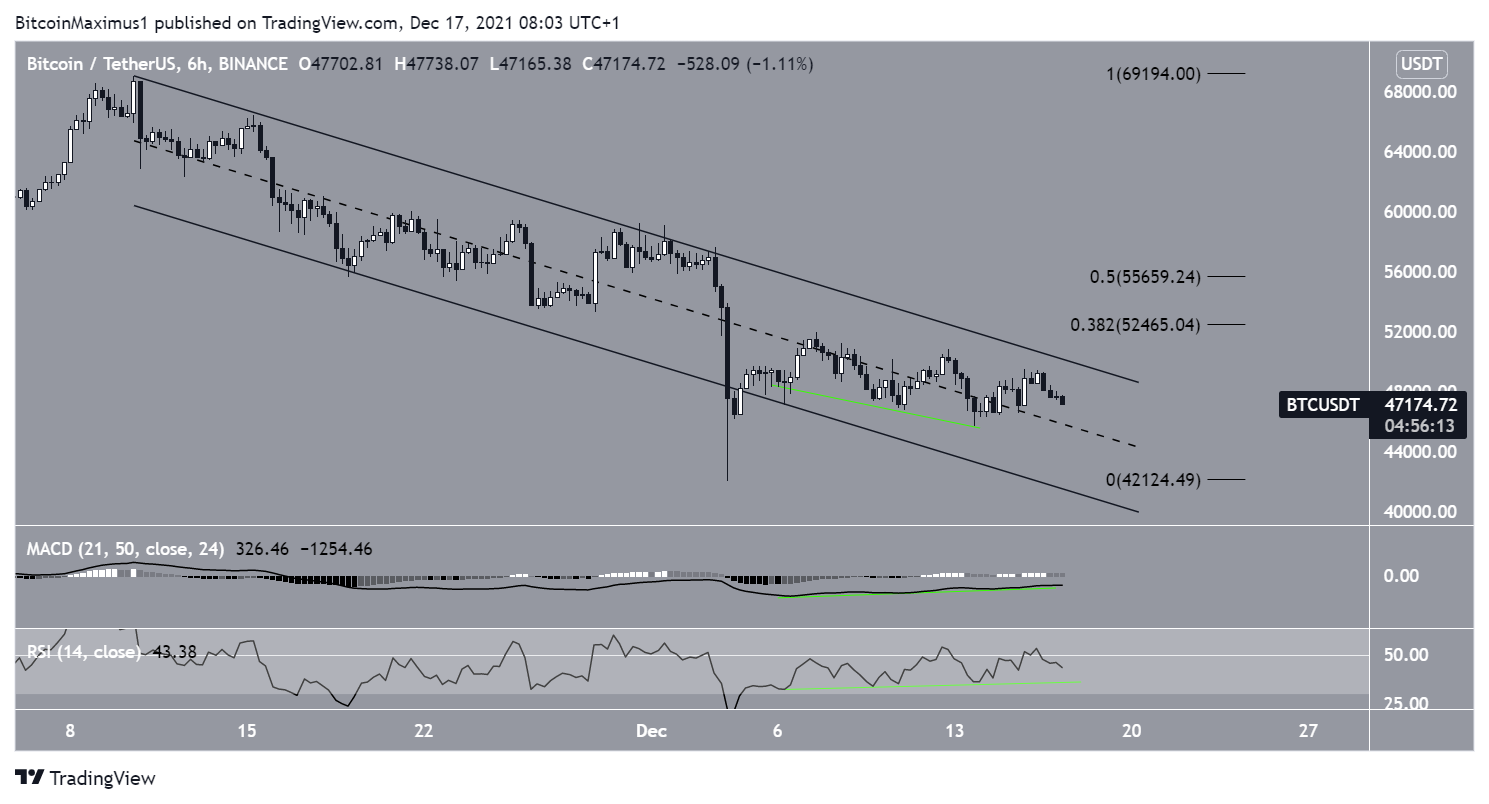 Another descending parallel channel can be seen on the hourly chart. It has been formed since December 7th.

Yesterday BTC was unable to reach the resistance line of this channel (red circle), after which it rolled back below its median line.

In this regard, we can expect to retest the channel support line at $ 45,000, but then the market will try to make a bullish break again. 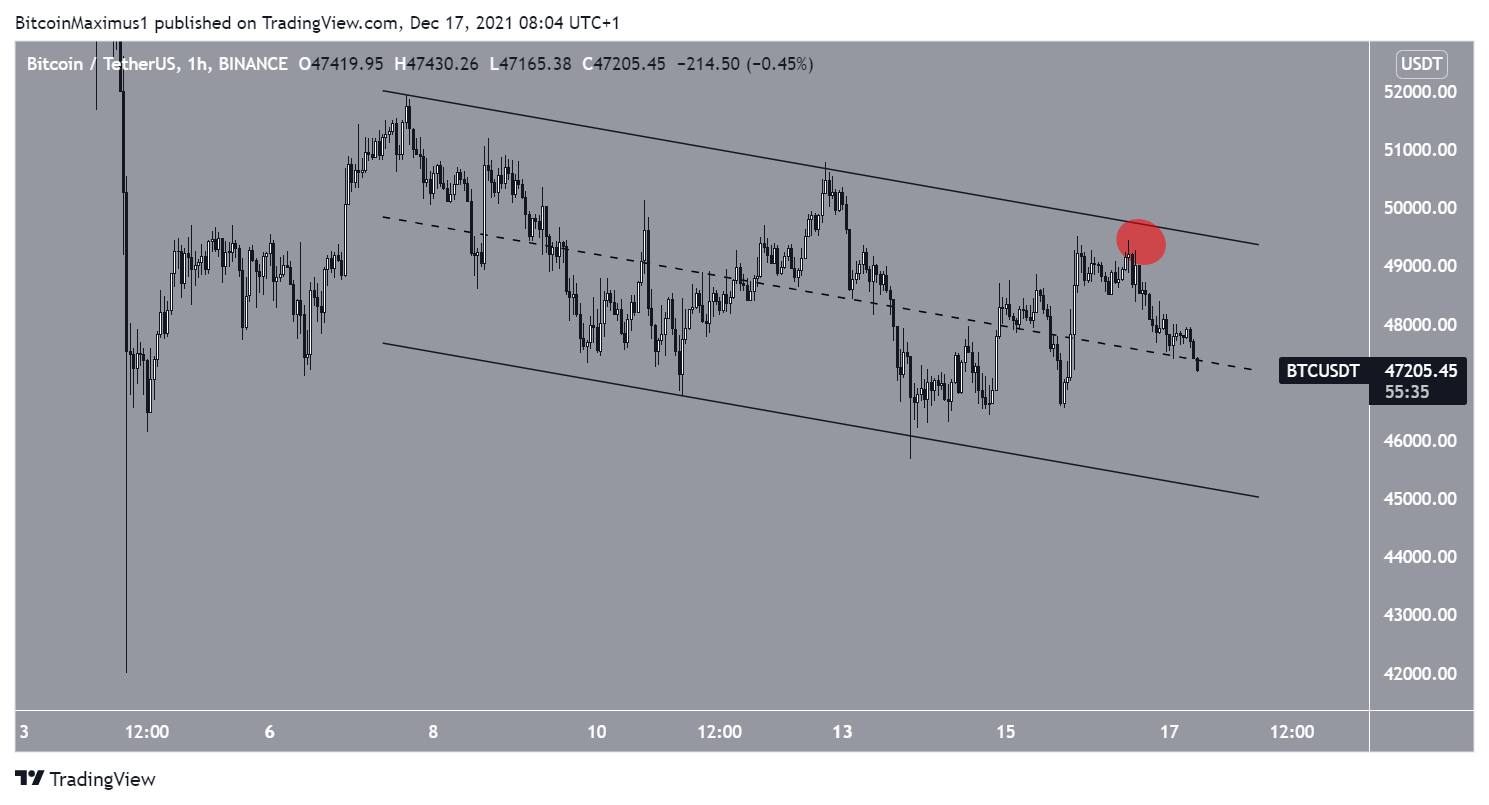 Short-term wave analysis shows that Bitcoin is now inside wave B of the ABC correction structure.

The most common ratio for such patterns is a 1: 1 A: C ratio. If this is confirmed, then the maximum for BTC will be set at $ 55,700. However, this will depend on where wave B forms a bottom. 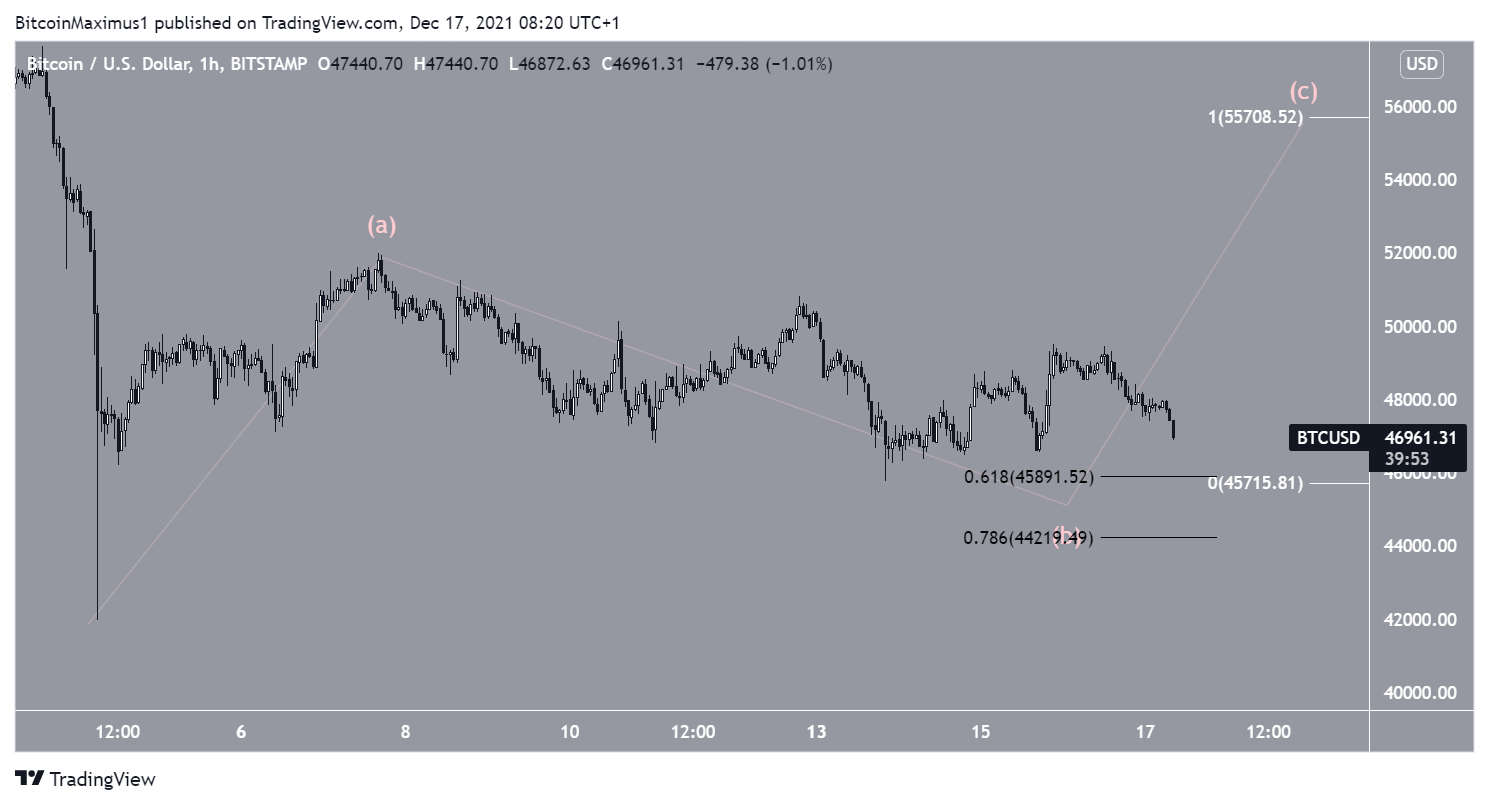