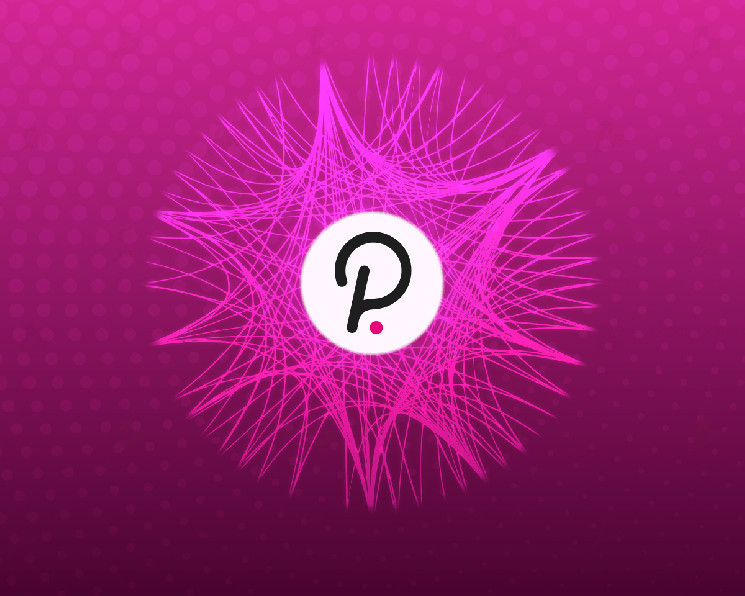 Clover Finance won the auction for the fifth slot of the Polkadot parachain. In support of it, users blocked 9.75 million DOTs with a total value of $ 266 million.

The closest competitor to Clover Finance was the Efinity project. His supporters have blocked 8.8 million DOTs worth $ 240 million. 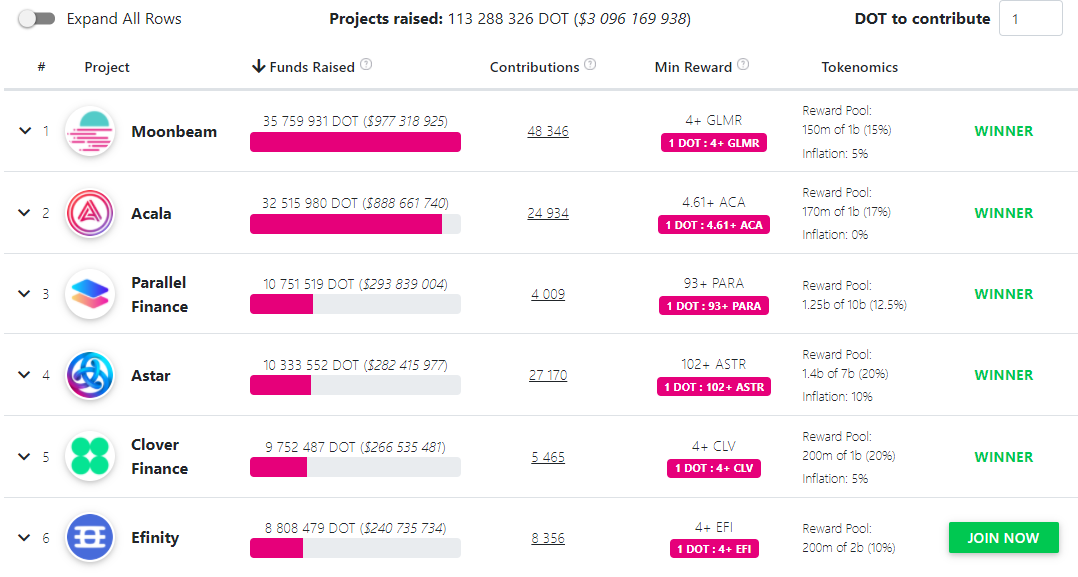 A snapshot of the network to determine the fifth winner was taken on December 12th. At the time of the photo, 6,726,275 DOTs were blocked in favor of Clover Finance. For Efinity, this figure was 6,721,428 DOT.

Clover Finance was supported by 5465 DOT holders. The success of the project marked the end of the first round of parachain auctions. On December 18, the five winners will integrate into the main Polkadot network, and block production will begin.

The second round starts on December 23rd. The screenshot below shows the prospective contributors. 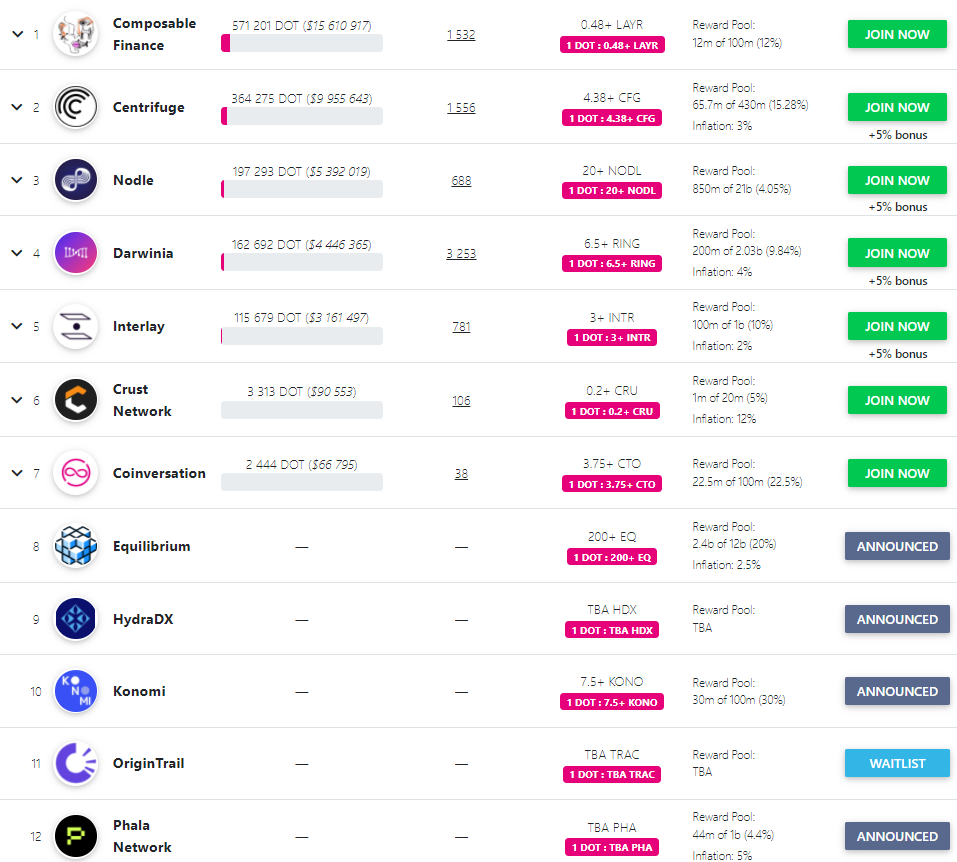 Polkadot parachain auctions: what they are and how to make money on them