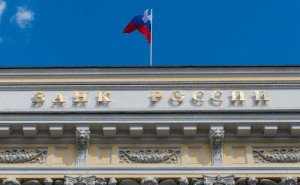 The central bank is pushing for a ban on investments in bitcoin and other cryptocurrencies in Russia, pointing to risks to financial stability due to the growing number of crypto transactions. Reuters writes about this with reference to two sources close to the regulator.

According to them, the Bank of Russia is in dialogue with market participants and experts regarding a possible ban on investment in cryptocurrencies. If approved, the restrictions could be extended to new investments and will not affect past purchases, one source said, asking not to be identified due to the significance of the issue.

Another source described the position of the Central Bank as “complete denial” of cryptocurrencies. This perception of digital assets in the department is not unexpected, given the comments of the chairman of the Central Bank Elvira Nabiullina and his other representatives.

“We consider it categorically wrong to legalize bitcoins in payments. It is a monetary surrogate. It is necessary not to legalize, so that people go into these dubious currencies even more, but to fight against the use for illegal transactions, “Nabiullina said recently.

Earlier, the Bank of Russia came up with an initiative to ban investment in cryptocurrencies for mutual funds.