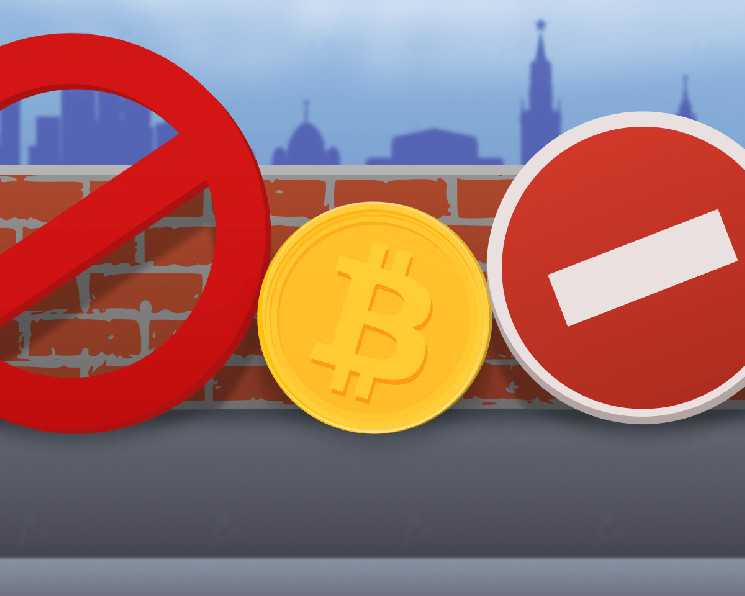 In the event of a complete ban on cryptocurrencies on the territory of the Russian Federation, their owners will go underground, and the state will lose the ability to collect taxes from this market. This opinion was expressed by experts interviewed by ForkLog.

Indefibank CEO Sergei Mendeleev recalled that cryptocurrencies were created taking into account their existence in conditions of total isolation.

“Banned [криптовалюту] in China, so what? Have the Chinese started using it less? Of course not. It’s just that everyone will become more careful, they will go underground, ”he is sure.

Law enforcement agencies, in turn, will not be able to investigate cryptocurrency-related crimes through exchanges and exchanges, since they will have no one to send requests to.

He called the potential ban on cryptocurrency ownership “ridiculous and meaningless.”

“People still don’t understand that in the current version I may just have a rhyme in my head, the word order of which will cost tens of millions of dollars, and no one will ever know about it. I do not believe in a complete ban, it is completely pointless. But if suddenly this happens, then it will not change anything. The market has developed, everyone knows each other, whether they will sell candy wrappers or tickets to the water park. But we will have to forget about taxes, ”Mendeleev noted.

The expert drew a parallel with the ban on casinos, which, as a result, went online and underground katrans, leaving tens of thousands of people in the midst of the crisis without work, and the state without income.

Sergey Mendeleev emphasized that in order to make a final decision on the crypto market, a single desire on the part of the central bank is not enough:

«[Глава Банка России] Elvira [Набиуллина] – a well-known opponent of the crypt. Suffice it to say that the Central Bank has never certified a single site for CFA, although Sberbank filed an application back in February. If it were her will, everything would have been banned long ago, but, apparently, she does not solve all issues, ”he added.

Now in Russia, the minimum necessary conditions have been created so that the cryptocurrency does not need to be banned, says Andrey Tugarin, Managing Partner of GMT Legal.

He pointed to the current law “On CFA”, the recognition of digital currency as property for the purposes of certain regulations, as well as a bill on taxation and declaration of transactions with cryptocurrency. The current methodological recommendations from the Central Bank contain, although not the most friendly position in relation to cryptocurrency, nevertheless, they do not exclude its existence.

“Neither side will benefit from the ban: neither the state nor the user. The amount of potential tax from operations with cryptocurrency in the Russian Federation is about 200 billion rubles, ”the lawyer explained.

He stated that regardless of the final decision of the Bank of Russia on this issue, residents of the Russian Federation will continue to use cryptocurrencies and this will not affect the volume of transactions. Cryptocurrency companies will simply bypass Russia, but the loss of Russian users will not be significant for them.

“The overwhelming majority of states have a normal attitude to cryptocurrency, more than half of developed countries have already legalized it in some way and collect taxes from it. People whitewash their income from crypto and win-win for everyone. If the Russian Federation follows the path of a ban, this is a bad path, “Tugarin said.

EXANTE analyst Vladimir Ananyev suggested that the initiative of the central bank is an echo of friendship with China. And although there was never any talk of recognizing bitcoin as a means of payment following the example of El Salvador in the Russian Federation, in his opinion, the authorities can still begin to regulate crypto-exchanges by analogy with traditional ones. In this case, the regulator should distinguish between qualified and unqualified investors.

The analyst doubted that the state would be able to prevent foreign platforms from opening accounts for users from Russia, since “it is pointless to fine them.” At the same time, crypto exchanges are far from the only way to purchase digital currency, the expert noted.

“Many traditional brokers have started offering cryptocurrencies to their clients. There are P2P platforms for buying crypto from ads, there is PayPal. By and large, the ban will be bypassed anyway, only it will become more difficult and costly: commissions on crypto-exchanges are still more profitable, ”said Vladimir Ananyev.

Sergey Troshin, the head of the Six Nines data center, agrees with him:

“People will keep track of precedents, whether there will be punishments, and if so, which ones. Probably, there will be additional difficulties in exchanging cash for crypt and vice versa, but this does not mean that it will not be possible to exchange it, it will simply cost more. “

The head of Comino, Evgeny Vlasov, is convinced that instead of strict regulation of cryptocurrencies, financial institutions in the Russian Federation should engage in educational activities, warning about the risks of investing in this instrument.

The founder of the STASIS stable cryptocurrency platform, Grigory Klumov, believes that the bans by the Russian central bank will in no way affect the quotes of digital assets.

“The crypto market has no idea what the Central Bank of the Russian Federation is and why it is needed. The only thing that such a measure can affect is to increase the outflow of intellectual and real capital from the country, ”he said.

The expert also doubts that the negative scenario can be implemented:

“Cryptocurrency has become a part of the financial system, and the effectiveness of such solutions is like banning rain.”

Earlier, the media, citing sources in the Central Bank of the Russian Federation, reported on the regulator’s plans to prohibit investments in cryptocurrencies.

In turn, the head of the State Duma Committee on the Financial Market Anatoly Aksakov said that the Russian authorities are discussing various options for regulating the industry, from a complete ban on the ownership and purchase of crypto assets to the legalization of bitcoin exchanges.