The analyst admitted the fall of bitcoin to $ 20 thousand.

Ton Weiss called the condition under which the rate of the first cryptocurrency within the current correction will decrease by more than 70% from the historical maximum of $ 69 thousand. 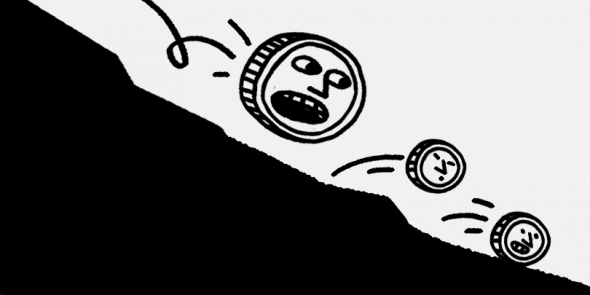 Trader Ton Weiss admitted that the bitcoin rate as part of the current correction could fall to $ 20 thousand per coin. According to the analyst, this will happen if the asset breaks through the 50-week moving average (MA) and consolidates below it. Weiss argues that in such a case, the price of bitcoin will decline all the way down to the 200-week moving average in order to get support.

Weiss recalled that this situation already occurred in March last year, when the price of the first cryptocurrency fell below $ 5 thousand. According to the trader, then Bitcoin managed to successfully push off the 200-week moving average and return to active growth.

The analyst noted that he considers a drop in bitcoin to $ 20 thousand unlikely, but a possible scenario. Weiss predicts that Bitcoin will be able to hold above the 50-week moving average, which is around $ 40K.

On December 15, the CEO of the Kraken cryptocurrency exchange Jesse Powell admitted that the price of bitcoin as part of the current correction could fall below $ 40 thousand. According to Powell, this will be a good opportunity to buy an asset.