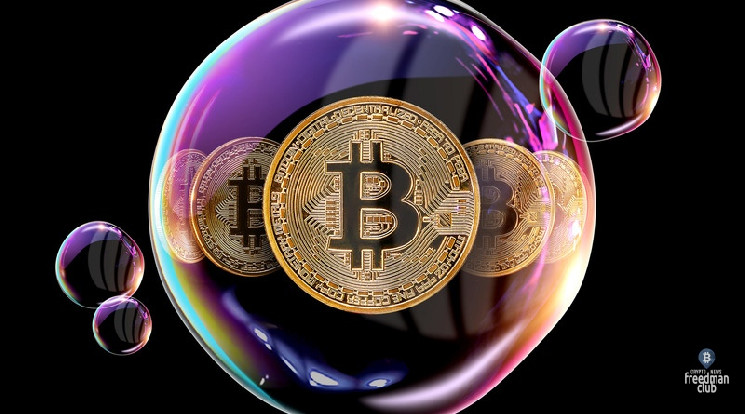 Rich Bernstein: Bitcoin and the crypt

Bitcoin prices and cryptocurrency rose after the announcement by the US Federal Reserve System (FRS). Bitcoin price skyrocketed to $ 50,000, while Ethereum also jumped. This came after FRS Chairman Jerome Powell stated that US central bank to cut monthly bond purchases in half compared to the one he identified just six weeks ago. He also expects interest rates to triple in 2022.

The price of Bitcoin has skyrocketed over the past year. That being said, some of the smaller cryptocurrencies, including Ethereum and its many competitors, have made even more profits. Bitcoin price has risen 600% over the past two years, while Ethereum has gained about 2,500%. This helped the combined cryptocurrency market grow from $ 200 billion 24 months ago to a high of $ 3 trillion in November. Following Powell’s statement, Richard Bernstein Advisors CEO Rich Bernstein warned that Bitcoin and cryptocurrencies are the largest financial bubble in history… He thinks so even despite the fact that crypto investors predict a rise in the price of Bitcoin, Ethereum and other cryptocurrencies.

Rich Bernstein also warned of what he called investments in “technology, innovation and disruption.” CEO Richard Bernstein Advisors believes they could collapse as badly as they did when the dot-com bubble burst in the early 2000s:

“On the one hand, we have everything that I would call the assets of the bubble: technology, innovation, cryptocurrencies. On the other side of this swing, you have literally everything else in the world. I think if you look at 2022-2023, you want to be in everything else in a world that has this swing. “

Cryptocurrencies, prices for assets and stock markets have skyrocketed over the past few years as central banks flood the markets with cash to protect against the economic damage caused by the COVID-19 pandemic. Quarantine measures were also put in place to try and contain it. Some investors have warned that, when central banks cut unprecedented support prices will plummet.

However, Bitcoin, Ethereum and other cryptocurrencies rallied yesterday after the FRS showed a more aggressive stance than expected, rallying alongside tech stocks. GlobalBlock UK digital asset broker Markus Sotiriou said he looks forward to the continuation of the institutional purchase of Bitcoin… This suggests the Bitcoin price will hit new all-time highs in 2022:

“New policy changes are usually bearish for cryptocurrencies as they are a risky asset class that thrives in a low interest rate environment. Now, however, digital assets have reacted positively to the meeting. “