Possible ban on cryptocurrency in Russia. What should investors prepare for

The Central Bank believes that the growth in the number of crypto transactions carries risks for the financial stability of the Russian Federation. The State Duma is also discussing the possibility of a complete ban on private digital assets. What does this mean for Russians 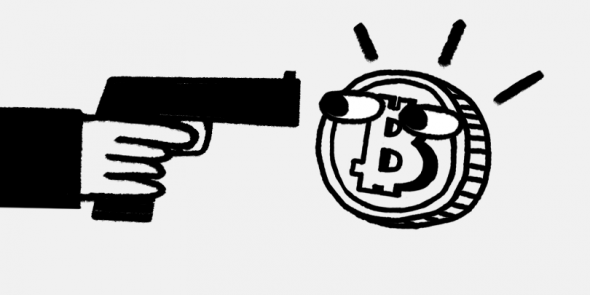 The Bank of Russia plans to ban investment in cryptocurrencies in the country, sources say to Reuters. The regulator believes that the growth in the number of crypto transactions carries risks for the financial stability of the Russian Federation. The Central Bank is already negotiating with market participants and experts on new rules.

If the ban is approved by lawmakers, it will apply to new cryptocurrency purchases, but not digital assets purchased in the past. The current position of the regulator is a complete rejection of cryptocurrencies.

Anatoly Aksakov, chairman of the Duma committee on the financial market, confirmed that the State Duma is discussing two opposite approaches to the regulation of cryptocurrencies – from a complete ban to legalization. According to Aksakov, in 2022 the authorities should decide on this issue.

What the Central Bank has already done

On December 13, the Bank of Russia published a draft directive that expands the list of assets available for investment to mutual investment funds, and also prohibits them from investing in digital assets and instruments, the cost of which depends on the rates of digital currencies.

At the end of November, the Central Bank estimated the annual volume of transactions of Russians with digital assets at $ 5 billion (about 350 billion rubles). The data was obtained from a survey of large banking organizations in July 2021. The Central Bank also noted that Russian users are one of the most active participants in the digital currency market. Russia is among the leaders in the number of visits to digital currency exchanges.

In September, the regulator announced plans to expand the ban on the use of cryptocurrencies in Russia, as well as introduce administrative and criminal liability for violating restrictions.

Earlier, the head of the Central Bank Elvira Nabiullina said that the regulator has an extremely negative attitude towards private cryptocurrencies claiming to be money. According to Nabiullina, the problem is that digital currencies are anonymous and no one is responsible for them. The head of the Bank of Russia has repeatedly criticized cryptocurrencies, calling them a “monetary surrogate”, and also recommended that Russians not invest in digital assets.

The regulator is moving towards its goal

From the very beginning, the Bank of Russia was fundamentally against cryptocurrency in any form, said Moscow Digital School expert Efim Kazantsev. According to him, the regulator initially proposed the revision of the law “On CFA” with a complete ban on cryptocurrencies and the introduction of criminal liability for the use of digital assets.

“Then he failed to include this ban in the law, but the Central Bank did not abandon this idea and is gradually moving towards its goal,” Kazantsev said.

The Law on Digital Financial Assets entered into force in January 2021. The document defines cryptocurrency, but prohibits its use in Russia to pay for goods and services.

According to the expert, if the regulator manages to prohibit investing in private cryptocurrencies, this will most likely cause their massive exodus from the Russian Federation to more favorable jurisdictions, Kazantsev said.

The expert also recalled the recently issued recommendations of the Central Bank to credit institutions, in which the regulator urged to be suspicious of clients’ transactions carried out in “cryptocurrency exchangers”. In this situation, one should not expect that Russian banks will begin to integrate cryptocurrency products into their platforms, Kazantsev is sure.

“In my subjective opinion, more and more restrictions and bans from the regulator await us ahead,” the expert added.

The ban on cryptocurrencies took China several years and came out with “about the eighteenth attempt,” said Alexander Guskov, partner of Guskov & Associates. Regulating digital assets is a long road, he said, with many questions, such as whether or not mining should be banned.

In October, the Governor of the Irkutsk Region Igor Kobzev suggested equating mining with entrepreneurial activity in Russia. He also announced his readiness to provide miners in the region with platforms for industrial mining of cryptocurrencies. After that, the Chairman of the State Duma Viacheslav Volodin instructed to create a working group that will discuss the issue of legalizing cryptocurrency mining in Russia.

On December 16, Anatoly Aksakov, the head of the Duma committee on the financial market, proposed adding mining to the All-Russian Classifier of Economic Activities (OKVED), which would allow taxing this activity and provide miners with electricity at prices for industrial consumers.

Large Russian banks are now actively working on launching a blockchain platform on which only their tokens will circulate, the lawyer recalled. The first to enter the market will most likely be the Sberbank blockchain platform with savings, the lawyer believes. In his opinion, for such platforms, even if banned, exceptions are likely to be made.

In early December, the head of Sberbank, German Gref, announced that by the end of this year, the bank plans to obtain registration from the Central Bank of its platform for issuing digital financial assets. At the first stage, Sberbank will issue only its own assets on the platform, then it will open access to other issuers.

US lags behind other G20 countries in cryptocurrency: Ripple CEO