The blockchain ecosystem Everscale (formerly Free TON) has a temporary increased staking program. This was announced in a press release, a copy of which is at the disposal of the editors.

According to the details, with the help of the new type of staking, owners of the EVER token will be able to earn up to 20% per annum. The size of the bet depends on the number of staked tokens, as well as on the period of the service. The tokens themselves, as reported in the announcement, are sent to a special smart contract called Depool, which helps the Everscale network with transaction verification.

If the minimum parameters are selected, the size of the accelerated rate, taking into account the base rate, will be only 8%. The maximum rate of 20% is available only to those who wager over 100,000 EVER (~ $ 27,000) for staking for a period of two years. 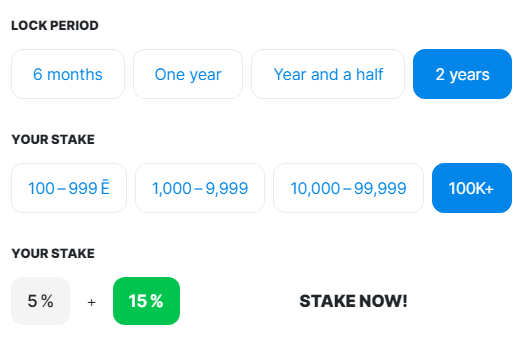 However, the mere availability of tokens is not enough to participate in the program. For example, users are also required to install a special browser called Surf Everscale and activate a cryptocurrency wallet with EVER tokens through it.

We will remind, earlier in Telegram launched an advertisement for € 2 million. Among the first impressions was an advertisement for a cryptocurrency project TON. The BeInCrypto editors tried to figure out who is behind such advertising and what is the difference between the forks of the Durov brothers’ blockchain heritage.