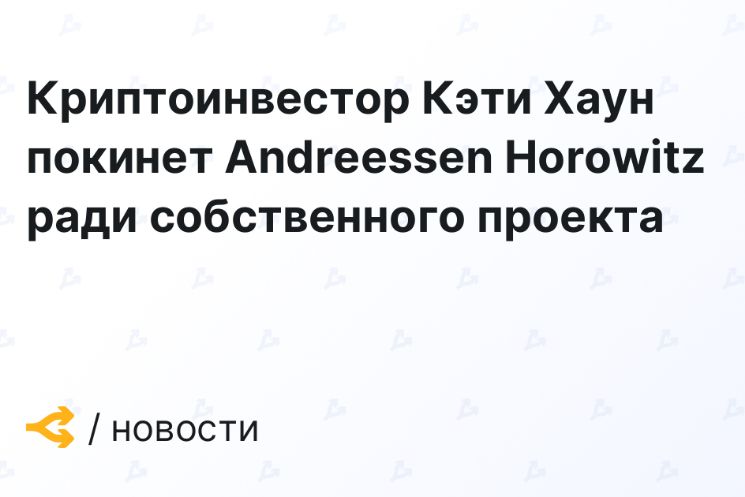 Influential crypto venture capitalist Katie Haun will leave Andreessen Horowitz (a16z) to start her own firm. This is reported by Axios.

As general partner, she has been involved in some of a16z’s most significant industry investments, including deals with OpenSea, Celo, Arweave and Royal. Haun was also the co-chairman of a crypto fund worth over $ 2.2 billion.

She previously served as a US federal attorney for ten years. Haun created the first government task force on cryptocurrencies and investigated the Mt.Gox hack.

The investor did not disclose details of its new venture, noting only that it will focus on cryptocurrency and Web 3.0 startups. Haun plans to be the firm’s sole general partner.

She will be joined by several a16z employees, but not from the investment team.

“I have been here for four years and am very proud of our value to capital providers and founders [стартапов]that we have supported. Mark [Андрессен], Ben [Хоровиц] and Chris [Диксон] they really gave me and cryptocurrencies a chance, and I’m ready to act on my own, ”Haun said.

As a reminder, in December a16z took part in a round of funding for $ 350 million of the crypto bank Anchorage. The company also invested $ 36 million in a Meta startup.