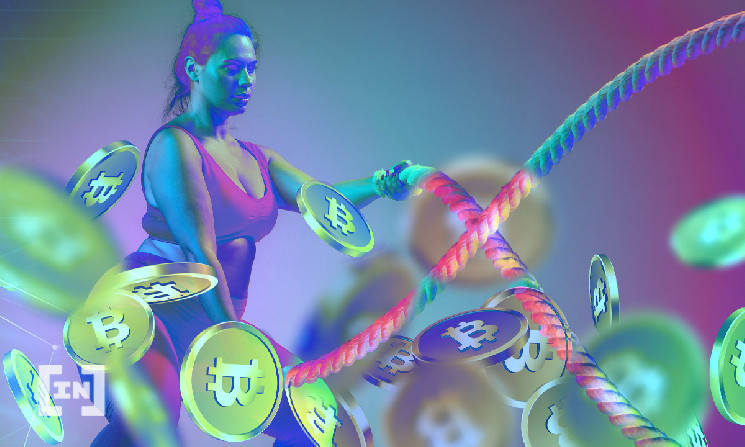 Bitcoin (BTC) continues to struggle unsuccessfully with the $ 50,000 mark

Bitcoin (BTC) continues to give bullish reversal signals that intensified on December 15th. Such a reversal will be confirmed in the event of a breakout from the short-term pattern.

Bitcoin (BTC) recorded a small gain on the daily chart on Dec 15, but never recovered above the Dec 13 high.

Technical indicators provide strong signals for a potential bullish reversal. This is especially noticeable in the bullish divergence, which marks the RSI (green line). Such signals often precede a bullish trend reversal, as they indicate that a decline in price was not supported by weakening momentum.

The MACD has also formed several consecutive rising momentum bars. This means that the short-term MA is accelerating relative to the long-term MA.

Thus, based on the daily chart, BTC may reverse soon, although this has yet to be confirmed. 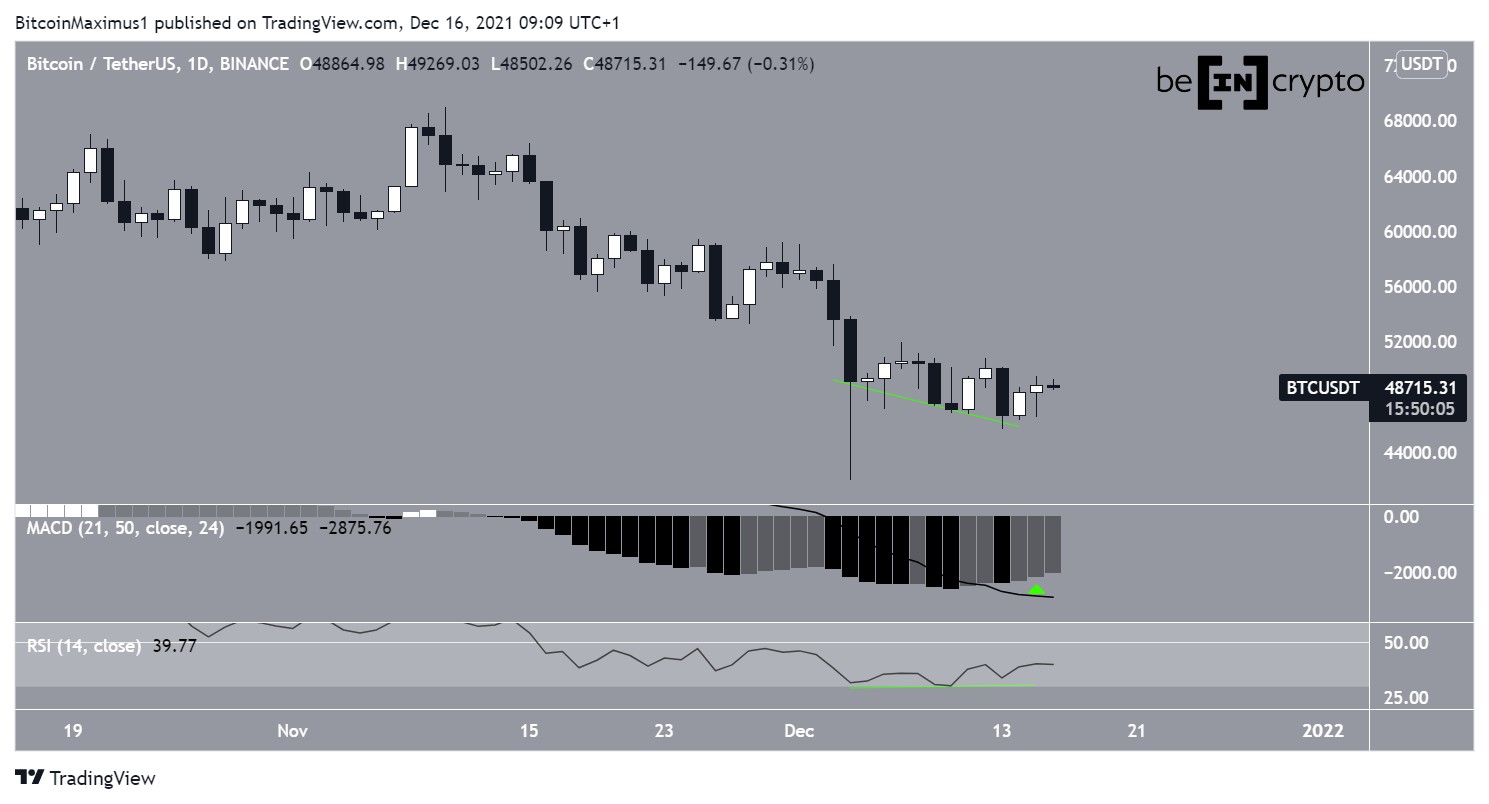 On the 6-hour chart, Bitcoin confirms the results of the daily timeframe analysis. At the same time, here the bullish divergence for MACD is even more pronounced. This increases BTC’s chances of a final bullish breakout.

In addition, the coin is traded within a descending parallel channel. It is traditionally considered a corrective pattern, and this suggests that the most likely scenario would be a bullish breakout of BTC from this channel. 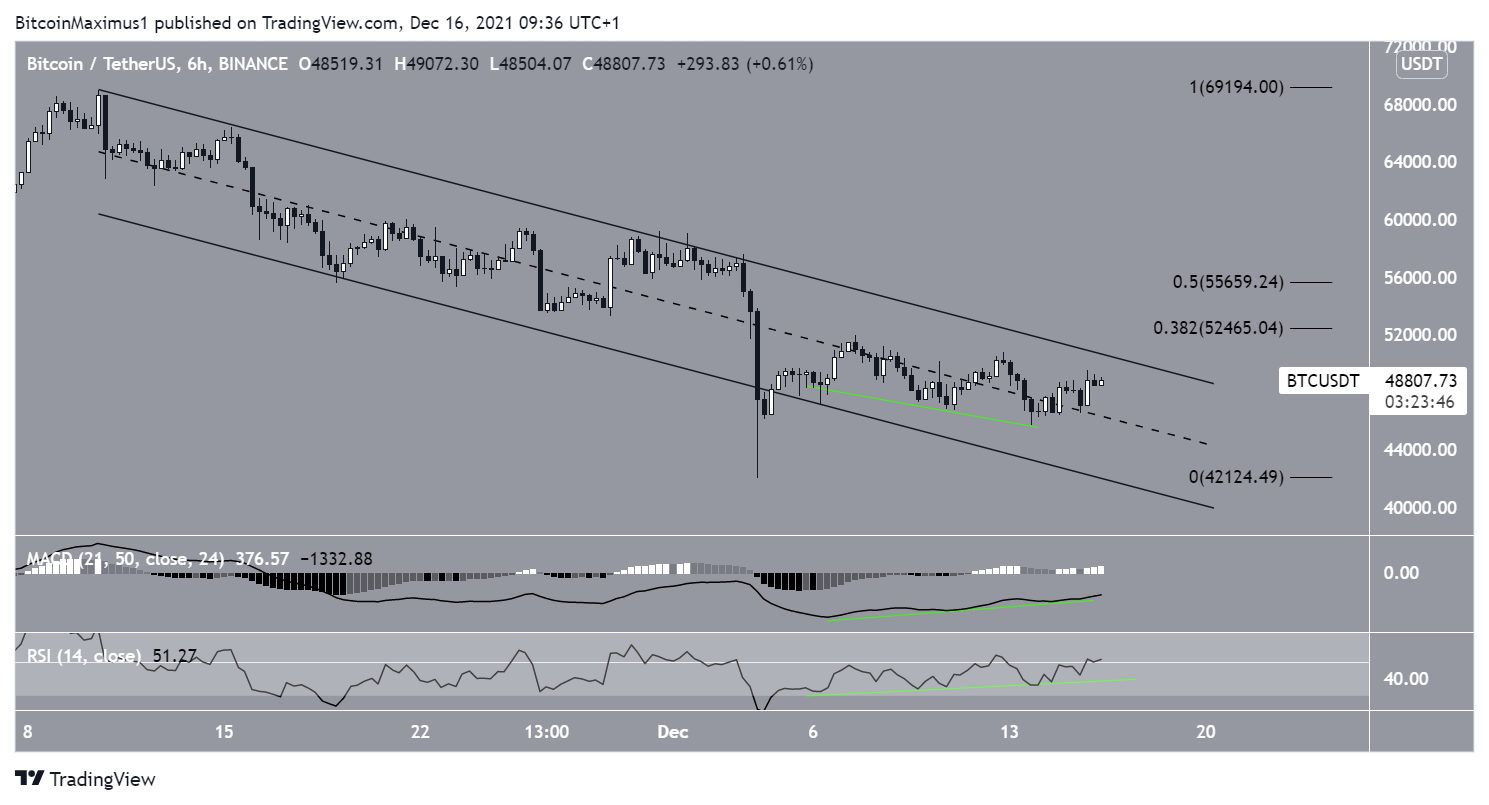 Another descending parallel channel can be seen on the hourly chart. After yesterday’s rally, Bitcoin is at the top of this channel, approaching the $ 49,500 breakout level. 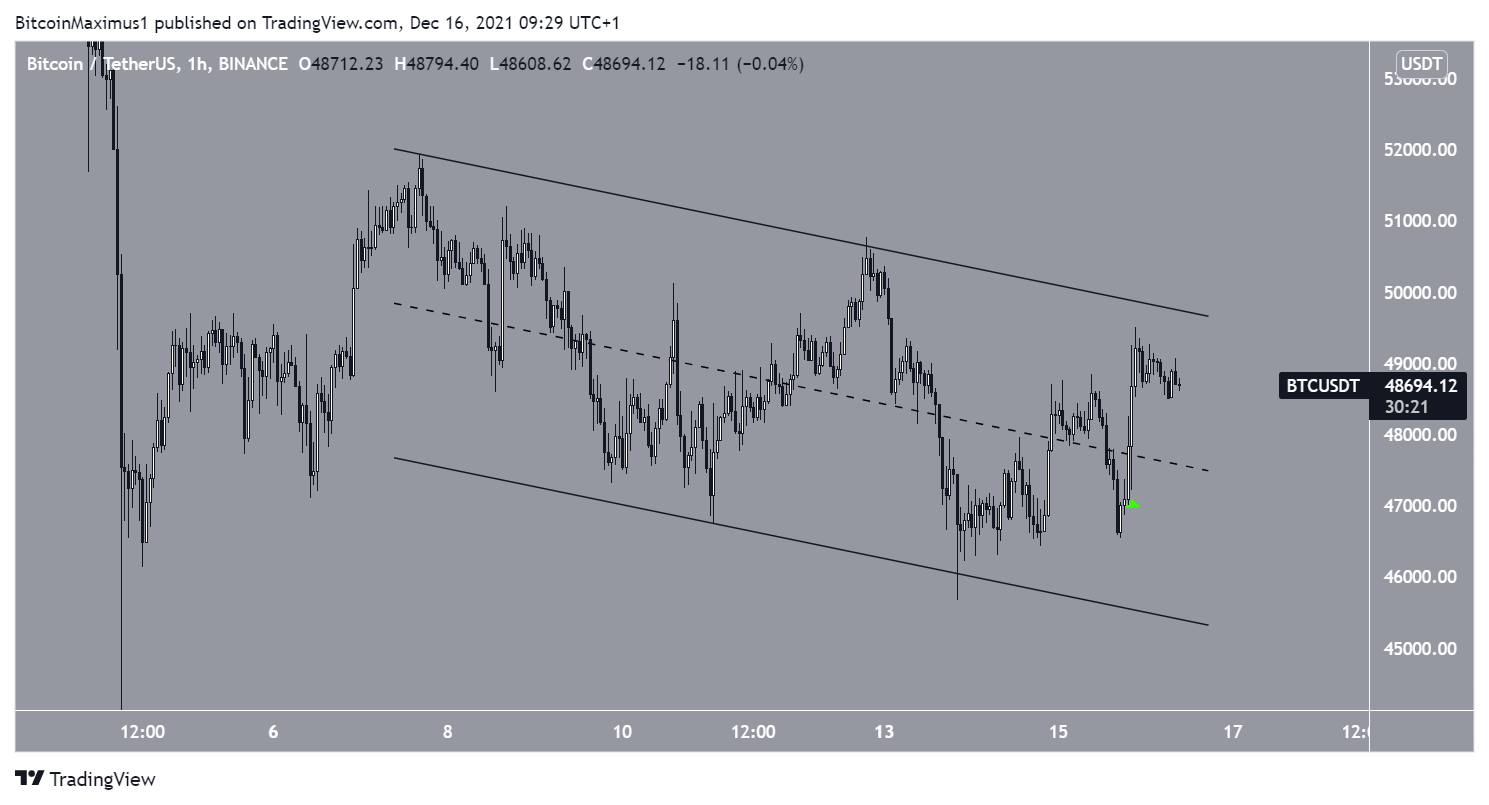 According to most likely scenario wave analysis, BTC is still correcting.

Short-term analysis shows that the price is now inside wave C of the ABC structure. The most common ratio for such patterns is a 1: 1 ratio of A: C waves, which indicates that they are the same length.

This can bring the BTC rate to a maximum around $ 55,800. This corresponds to the Fibo resistance levels we identified earlier. 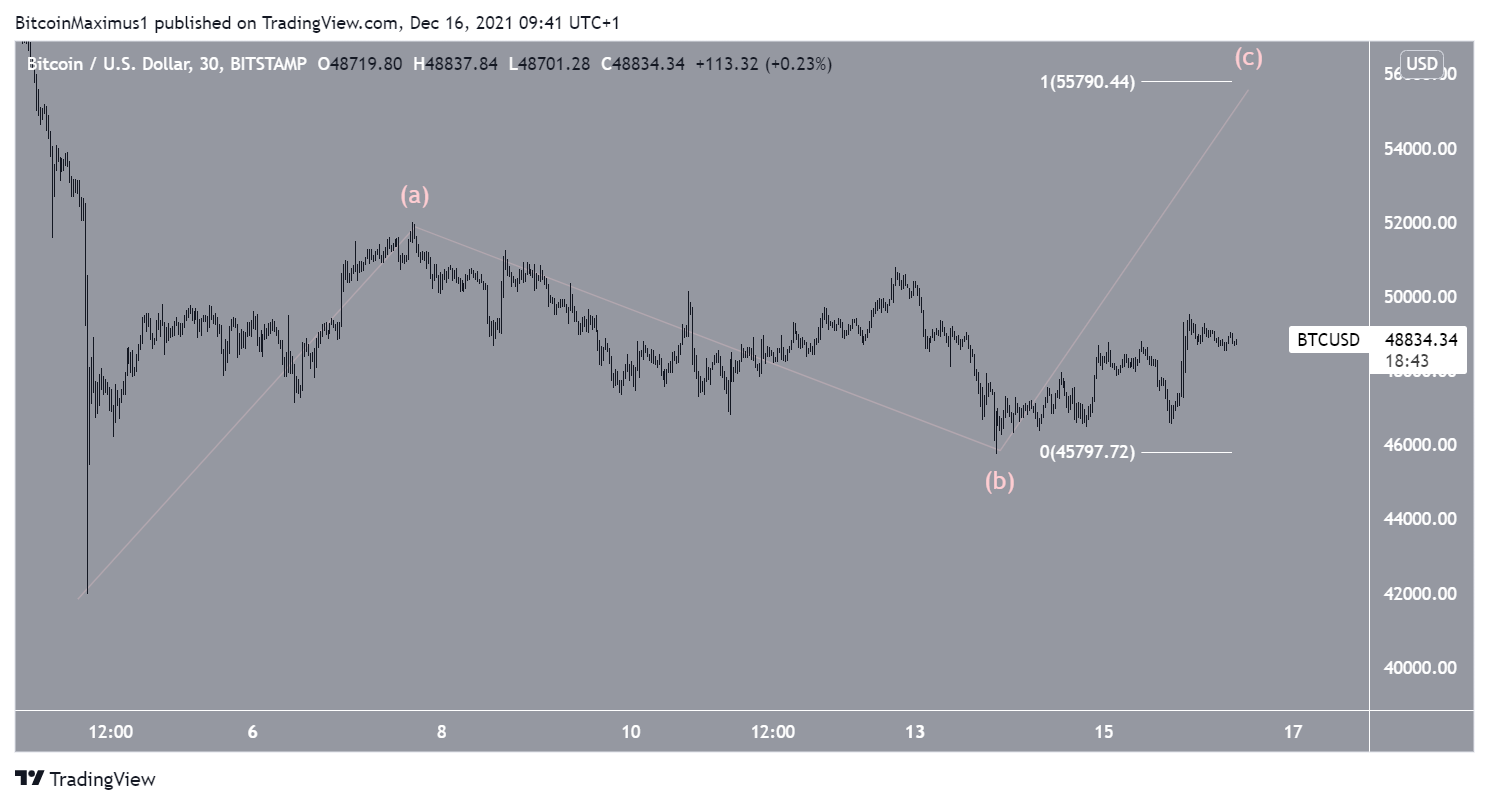