The head of the Kraken crypto exchange allowed the bitcoin rate to fall below $ 40 thousand. 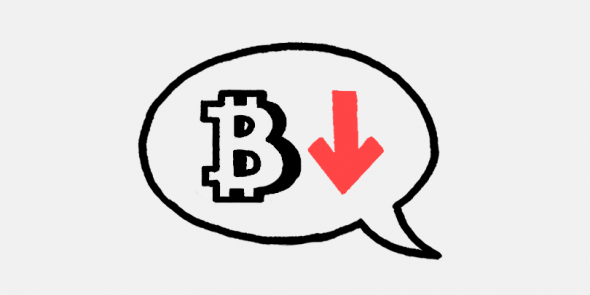 The CEO of the Kraken cryptocurrency exchange Jesse Powell in an interview with Bloomberg TV admitted that the price of bitcoin as part of the current correction could fall below $ 40 thousand. Powell believes this will be a good opportunity to buy an asset.

The head of Kraken said that he personally bought bitcoin in the summer of this year, when its price dropped to $ 28 thousand. According to Powell, experienced investors should always have insurance capital in order to use it to buy out such drawdowns.

On December 4, for the first time since the end of September, the price of bitcoin dropped to $ 42 thousand. During the day, the asset fell by more than 20%. A sharp drop in quotations provoked a massive liquidation of traders’ positions for $ 2.5 billion. On December 15, the cryptocurrency is traded at $ 48.3 thousand, and its capitalization is $ 916 billion, according to CoinGecko.

Last week, the head of Galaxy Digital, Mike Novogratz, expressed confidence that the value of bitcoin will not fall below $ 40 thousand. According to Novogratz, the $ 42 thousand mark is the lower level of the current corrective decline.