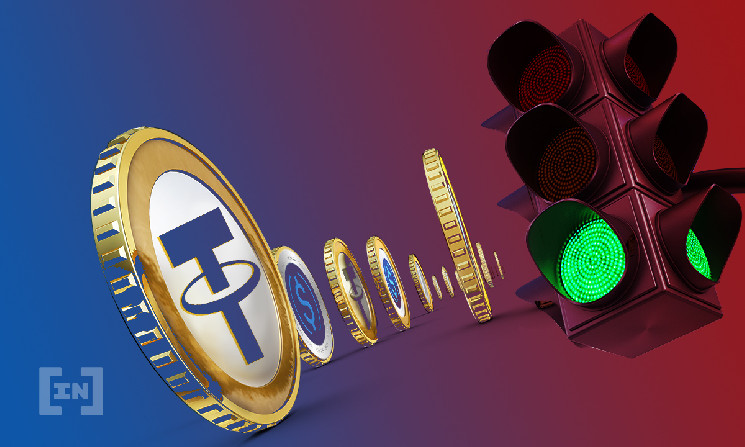 On-chain indicators of the supply of stablecoins (SSR) and Tether (USDT) on exchanges allow comparing the purchasing power of stablecoins and Bitcoin (BTC).

On-chain indicator SSR represents the ratio of the supply of stablecoins to Bitcoin (BTC). It is defined as the result of dividing the current Bitcoin issue by the stablecoin issue.

This ratio can have a direct impact on the BTC rate. This is because traders often use fiat-backed stablecoins to buy (or sell) bitcoins.

According to industry analysts, low SSR values ​​traditionally indicate high purchasing power of stablecoins relative to BTC. So, the SSR value of 10 indicates that stablecoins can buy 10% of the total BTC supply.

If the supply ratio of stablecoins declines, this could potentially indicate the likelihood of an appreciation of the bitcoin rate.

On June 8, the SSR fell to an all-time low of 6, forming a low below the lower border of the Bollinger Band for the fourth time. In the previous three times, when this happened (black circles), it preceded phases of significant price increases.

After bouncing off the all-time low of June 8, the SSR is now approaching it again. At the time of writing, its value was 6.52. 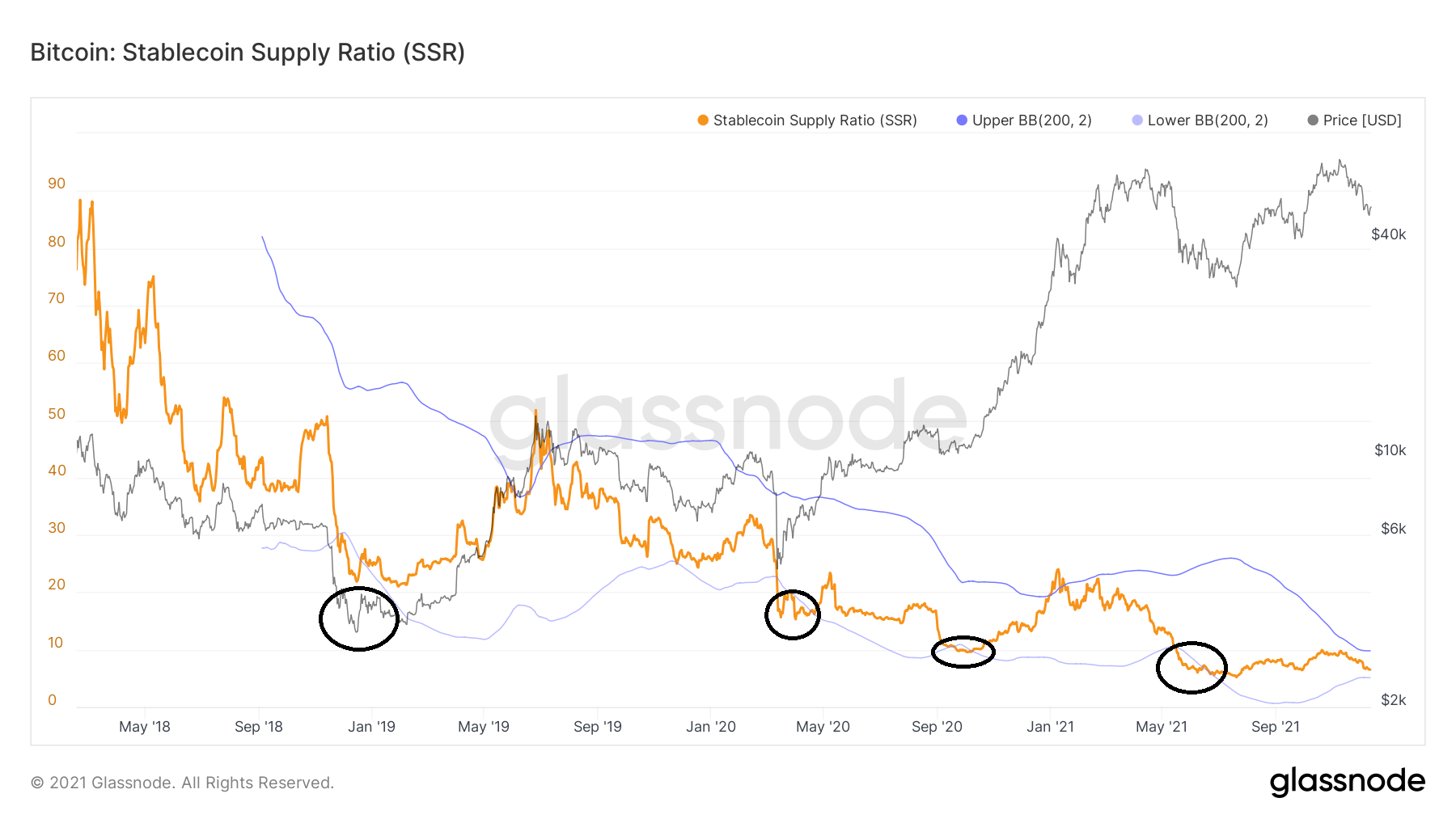 Since the beginning of September, the Bollinger Bands have been converging on the chart. This happens when the indicator stays at the same levels for a long time.

A decline below the lower border of the Bollinger Bands (light blue) can be a strong signal of reaching the bottom.

It is worth noting that a number of other on-chain indicators are also giving bullish signals for BTC. 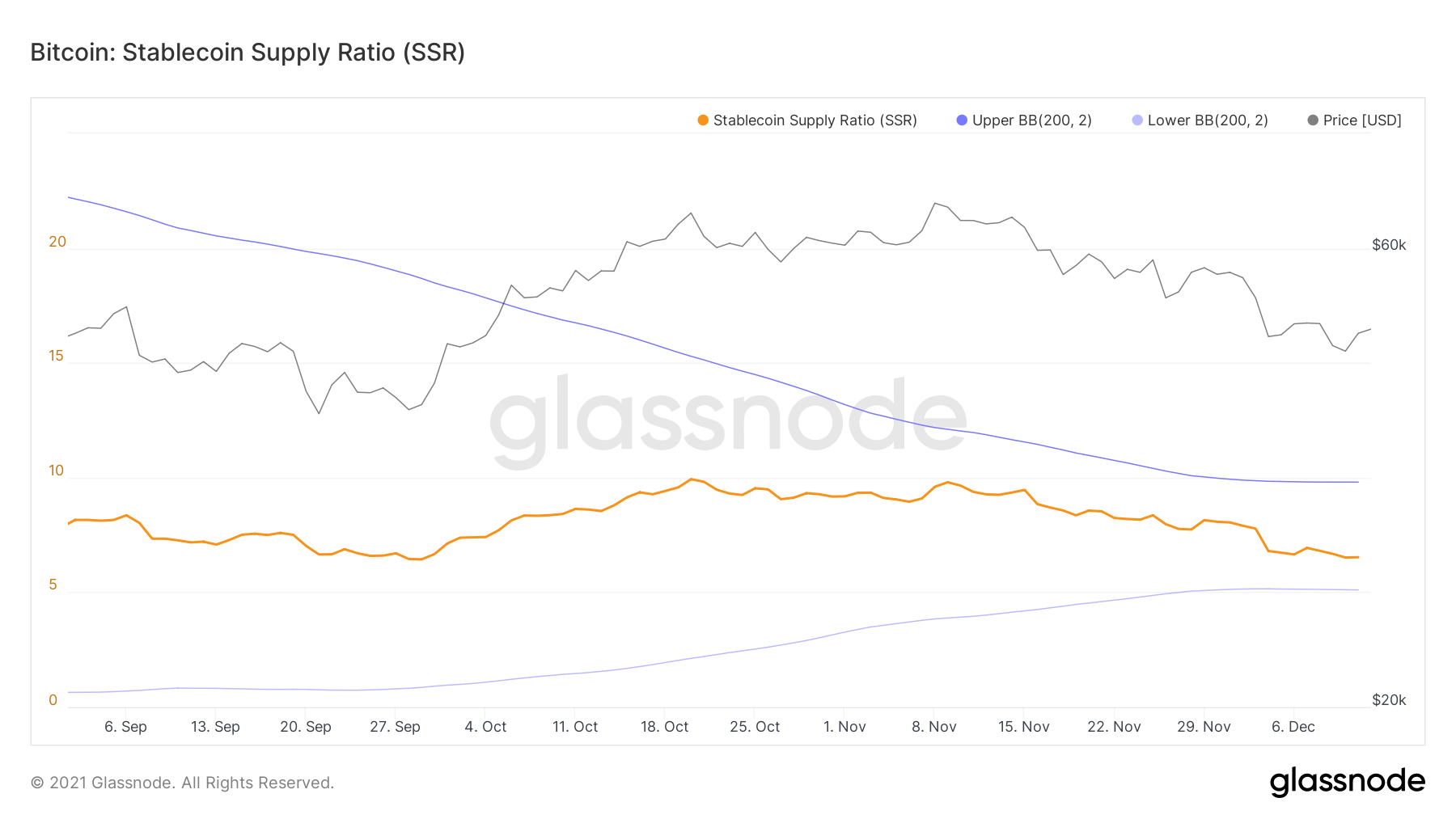 Meanwhile, the volume of Tether (USDT, black in the chart) circulating in the market has been growing steadily since September 2020. In the last couple of months, a smooth increase in this on-chain indicator has become a catalyst for a small SSR drawdown (since the BTC rate has remained stable).

USDT stocks on exchanges are also showing steady growth, as is the volume of circulating supply. 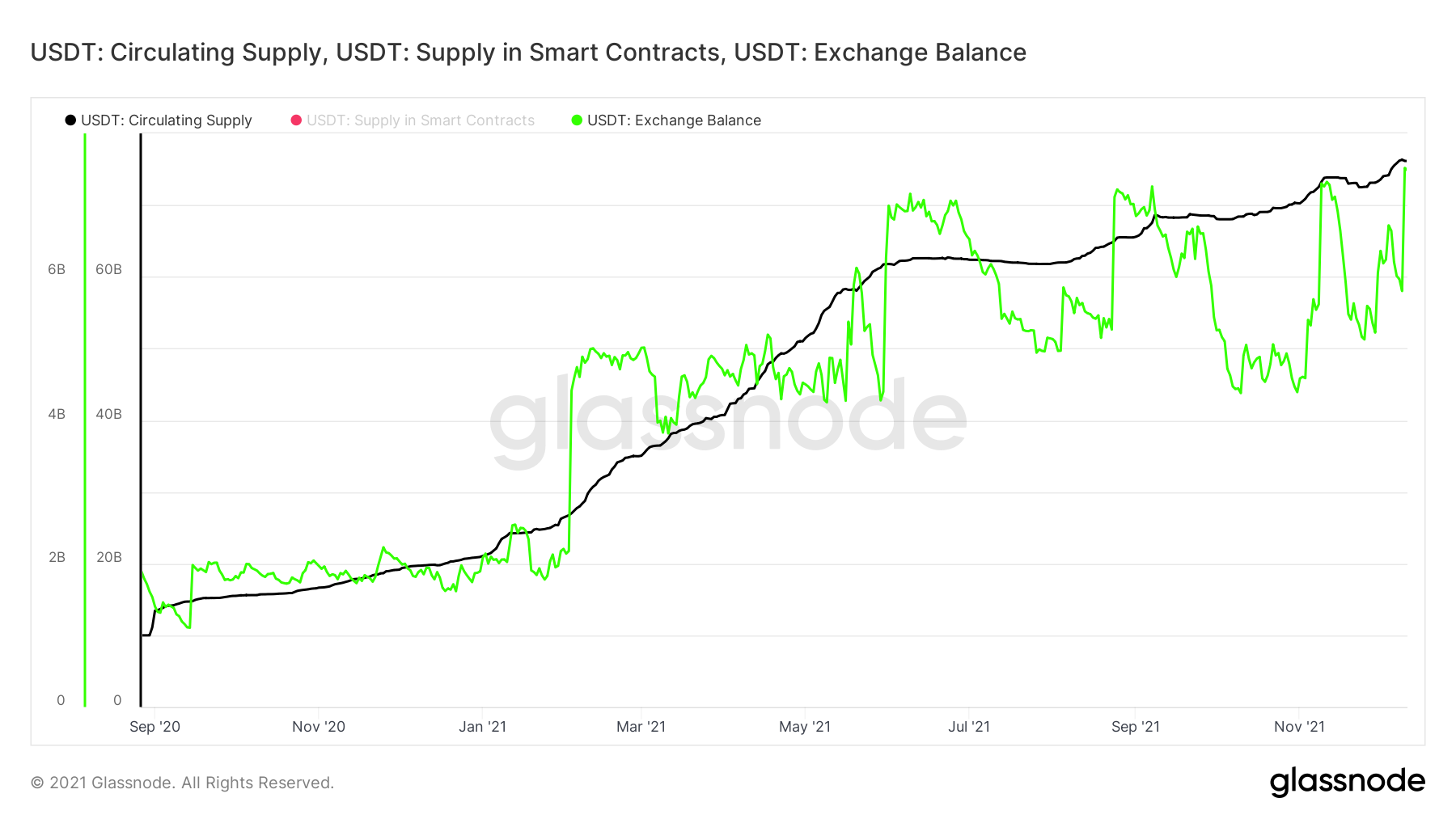 However, the amount of USDT on smart contracts has been declining since early October 2020.

This is an indication that the growth in the volume of circulating supply is predominantly accounted for by exchanges, rather than going into smart contracts. 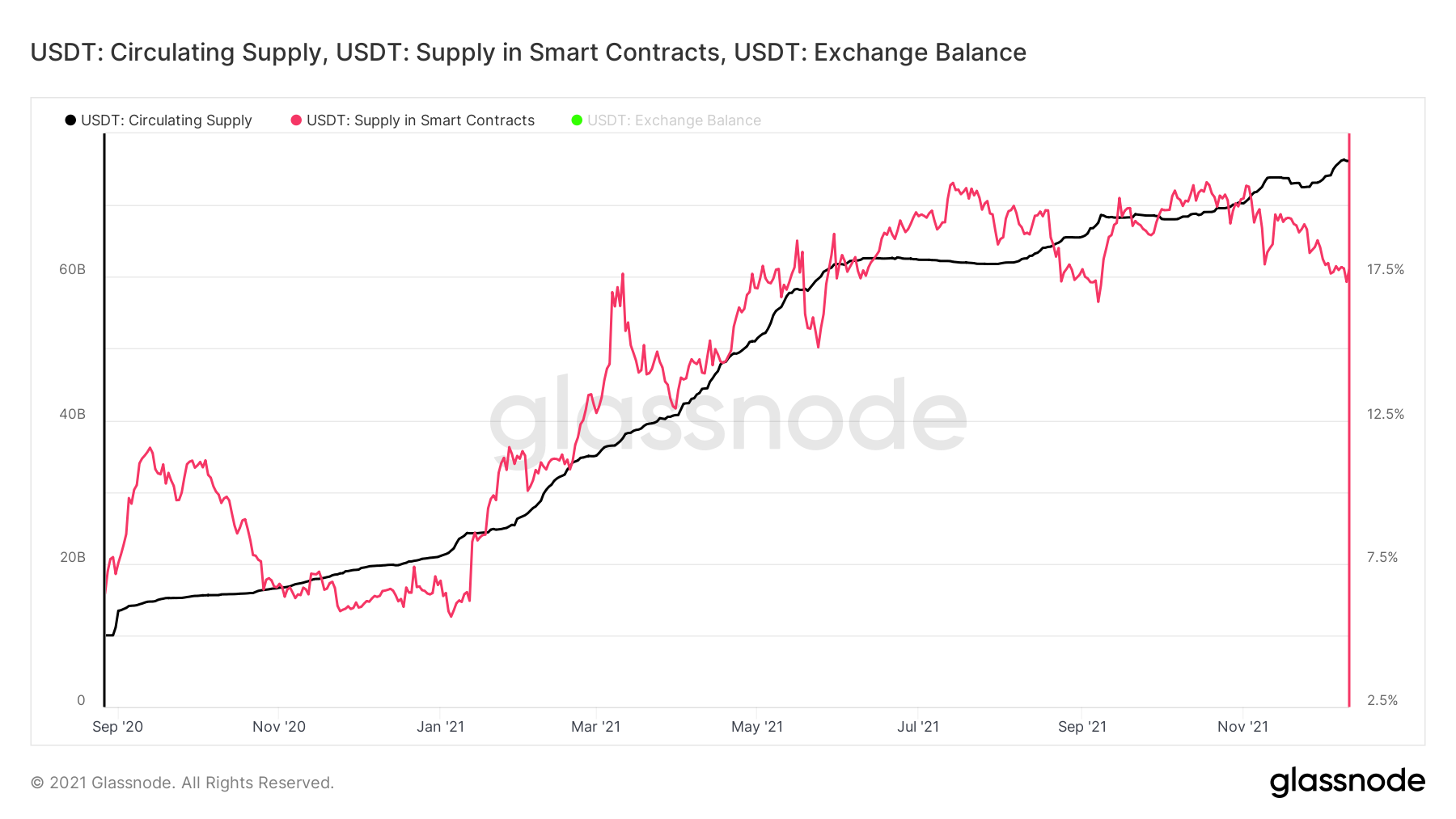