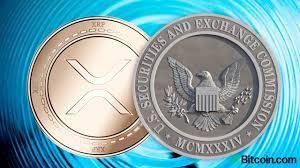 SEC has not announced the final decision on bitcoin and ether

The Securities and Exchange Commission recently changed its mind from 2018, announcing that cryptocurrencies such as Bitcoin and Ethereum have never been declared non-securities. This suggests that the regulator may continue to investigate Ethereum following the completion of the SEC’s XRP case.

As we previously reported, the non-profit educational organization EMPOWR (Empower Oversight Whistleblowers & Research), whose activities are aimed at the independent oversight of government regulators, has filed a lawsuit against the SEC to address a conflict of interest in the case against Ripple.

In addition, the SEC kept several records in its case against Ripple, and EMPOWR requested access to them under the Freedom of Information Act. The supervisory body believes that these records contain information about the former chairs and officials of the SEC who have a bias against XRP, but they have established their connection with organizations aimed at spreading bitcoin and ether.

With the new testimony in the SEC versus Ripple case, it is clear that the regulator has yet to clarify its position on whether Bitcoin and Ethereum are securities or not.

Lawyer Jeremy Hogan, who gives his assessments of what is happening in court and is on the side of Ripple, noted the comment of one of the company’s lawyers as winning. This is again about Hinman’s speech: “… if Hinman’s speech was not a message of agency policy, then any discussion of this speech is not entitled to protection from the DPP.”

«The SEC cannot have it both ways: If the Hinman speech was not a communication of agency policy then any deliberation regarding the speech is not entitled to any DPP protection…»

And THAT may be the phrase that wins the day for Ripple. https://t.co/JMrDAKBIG7

Kevin Cage, a cryptocurrency analyst and investor, is optimistic about the XRP price. The analyst notes that the altcoin is still in the top 10 after a year-long struggle with the SEC and the cancellation of the exchange listing.

Can’t wait to see all the re-listings someday

Any other crypto asset would probably never survive this type of scrutiny.$XRP the🐐

Still in Top 10 After One Year of Battling the Final Boss (SEC).