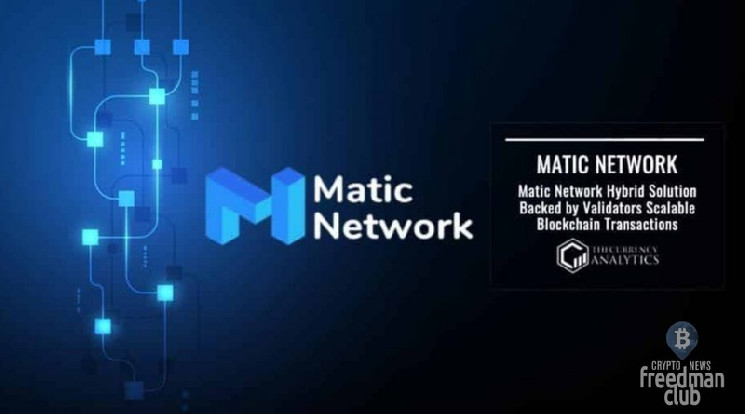 According to CoinMarketCap, MATIC, Polygon’s own blockchain asset has grown by almost 8% in the last 24 hours at the current price of $ 1.98.

The MATIC price gained after falling nearly 16% to a low of $ 1,751 on December 13th. The launch of the testnet with a proposal to improve Ethereum 1559 to introduce the MATIC token burn has boosted consumer sentiment.

As a result, large investors took advantage of the fall to purchase tokens.

According to the whale watching site WhaleStats, the Ethereum whale has just bought 1,007,525 MATIC tokens worth $ 2,025,125. MATIC is also in the top 10 purchased tokens and whale assets in the last 24 hours, as indicated on the website.

On December 14, the core development team of Polygon announced that it is rolling out a test implementation of the Ethereum 1559 improvement proposal on the network to enable the use of its own MATIC token and increase the visibility of fees.

EIP-1559 acts as an assistant for better cost estimation, it first appeared on the air on the Ethereum mainnet on August 5 and influenced the price of the cryptocurrency.

EIP-1559, aka the London hard fork, went live on the Polygon testnet in Mumbai on December 14 at 8 am GMT. MATIC Polygon has a fixed supply of $ 10 billion, it is for this reason that any, even the slightest reduction in the number of available tokens will have a deflationary effect. Ethereum is up over 40% after nearly four months of the London hard fork update.