Bitcoin(BTC) gives a series of bullish signals on short-term timeframes and may soon make a bullish breakout from the consolidation pattern.

Bitcoin (BTC) broke through the long-term upward support line on December 4, but after that it began to consistently move north. The rebound took place directly in the area of ​​the 0.618 Fib level of the correction at $ 44,150. This increases its significance and gives weight to this support area.

In addition, technical indicators are giving bullish signals. Both the RSI and MACD provide bullish divergence signals (green lines). This suggests that the decline in price was not supported by a similar weakening in momentum. This signal often precedes a bullish reversal.

Thus, the picture on the daily chart demonstrates that BTC is potentially ripe for a rebound above support.

On the 6-hour chart, Bitcoin is trading within a descending parallel channel. This situation has persisted since November 10, when the price renewed its all-time high around $ 69,000. Now trading is taking place directly above the median line of this channel.

In addition, the MACD and RSI indicators on this timeframe also give bullish divergence signals, just like on the daily chart. The only difference is that the divergence is even more pronounced here. BTC is forming a rising low

On the hourly chart, another descending parallel channel can be seen, from which Bitcoin is trying to make a bullish breakout.

It is important that BTC formed an increasing low on December 14 in the support area of ​​$ 45,810 (Fibo 0.618 retracement level and channel support line).

Now the price is in its upper part, so the most likely scenario is a bullish breakout from this channel. 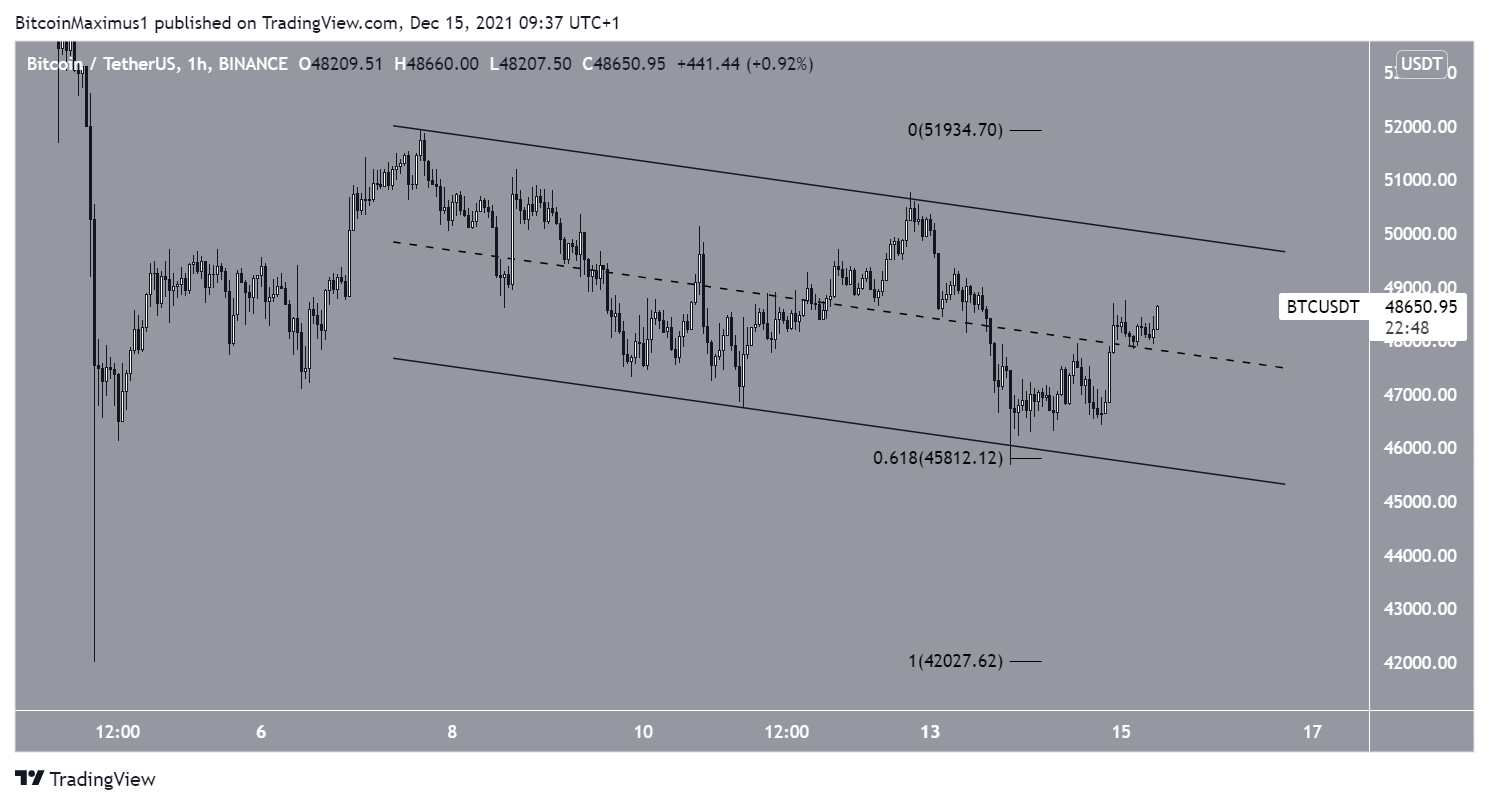 According to most likely scenario wave analysis, Bitcoin is correcting now inside the large wave B.

If our assumption is correct, then BTC is now inside the C wave, which could lead to the expected bullish breakout.

If the ratio of waves A: C is 1: 1, which is a typical ratio for such patterns, then Bitcoin can rise to the highs in the $ 56,000 area. This corresponds to the resistance levels we highlighted earlier. 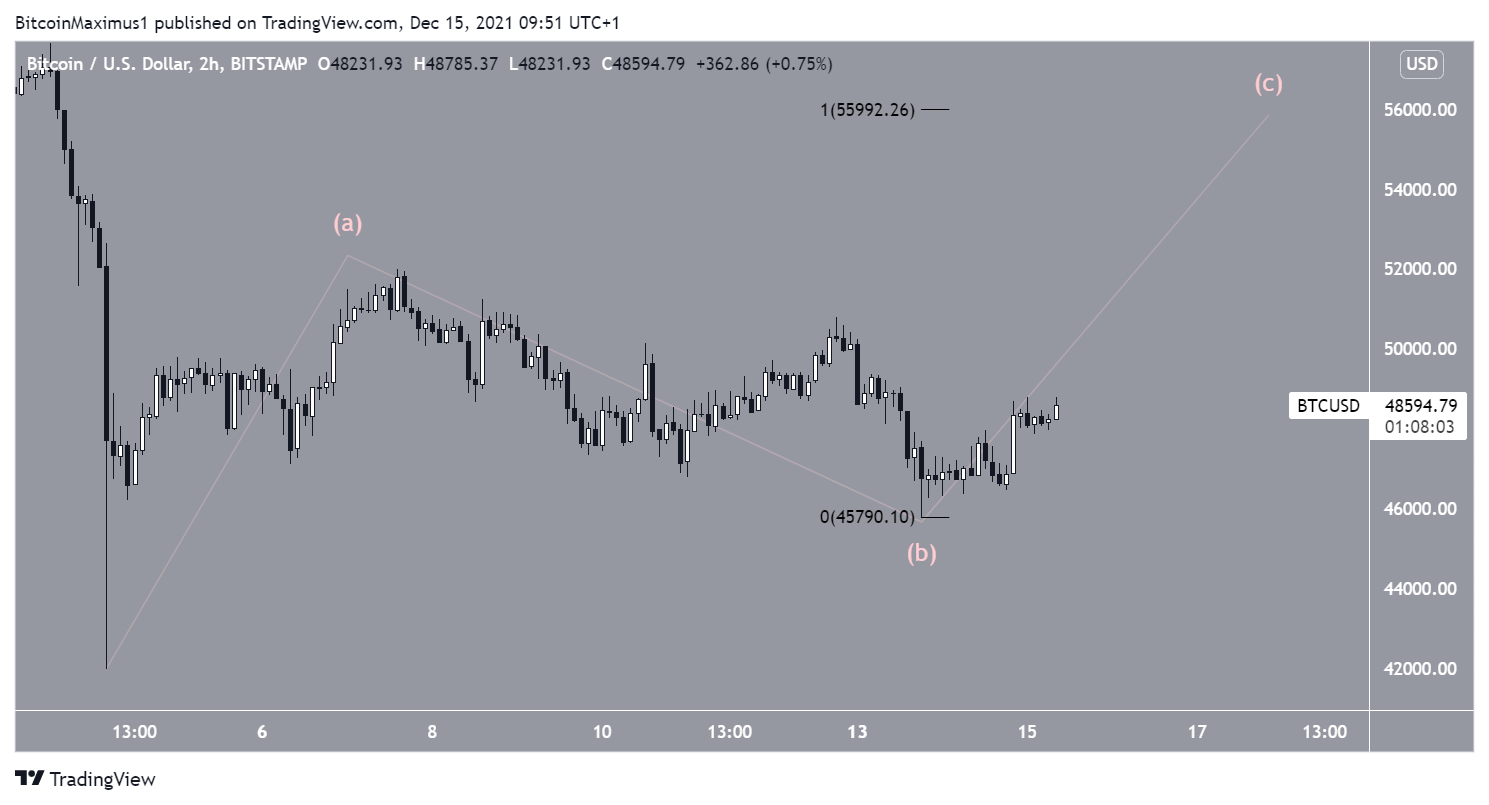