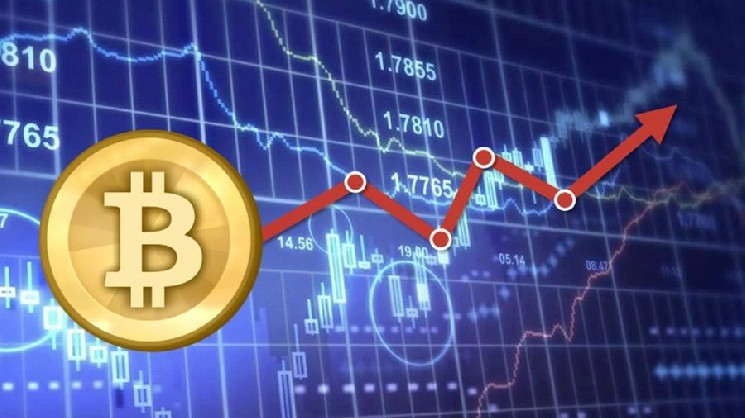 The rapid growth of bitcoin during the year may indicate both its globalization and a possible transition to a “bearish” trend. 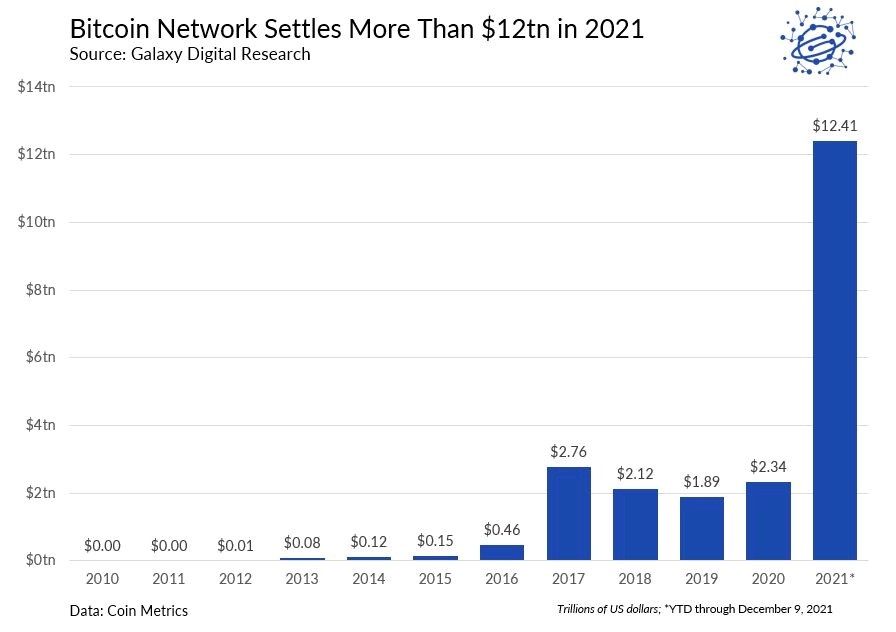 Since the beginning of 2021, the volume of transactions on the Bitcoin blockchain has exceeded $ 12 trillion, which is close to the figures of Visa and Mastercard. Dan Tapiero, CEO of cryptocurrency investing fund 10T Holdings, believes the numbers speak of “hyperbitconization.” He clarified that the widespread adoption of cryptocurrencies has not yet been achieved and will occur gradually.

It should be noted that Galaxy data differs from data from other sources, probably due to exchange rate differences. So, according to BlockData, in October and November 2021, transactions in the amount of $ 489 billion were carried out on the Bitcoin network. This significantly exceeds the same indicator of the PayPal payment system – $ 302 billion.

At the same time, the CEO of VIREX wrote on Twitter that the success of the uh market is an imminent bearish trend in Bitcoin. He notes that there is now a slow period of market decline compared to last year.

“The transaction volume is $ 12 trillion! We have now broken the 2017 record. But then Bitcoin dropped 85% within a year after a growth phase. This confirms a possible transition to a bear market. “

Renowned investor and economist Louis Nallier believes that a significant bubble has inflated in the stock market, which could lead to a strong correction in critical currencies and Bitcoin could fall to $ 10,000. Popular cryptocurrency analyst Benjamin Cowen refutes this statement. He said that bitcoin will never drop to $ 10,000 and the “bears” should give up this “pink dream”.

Overall, 2021 has been a very successful year for the globalization of Bitcoin. The cryptocurrency has become widespread in developing and not only countries such as Bulgaria, Ukraine, Finland, Georgia and especially El Salvador. These states now account for about 1.2% of all Bitcoin transactions, or about 263,000 BTC. In El Salvador, bitcoin has become legal tender. The El Salvadorian authorities bought bitcoin every time the market went down. As a result, the reserves of the El Salvadorian government reached 1,120 BTC worth over $ 66 million.

That being said, don’t forget about the growing dependence of cryptocurrencies on traditional markets. For example, information about the upcoming default of the Chinese construction company Evergrande Group brought down the bitcoin market by more than 20% in a few hours.