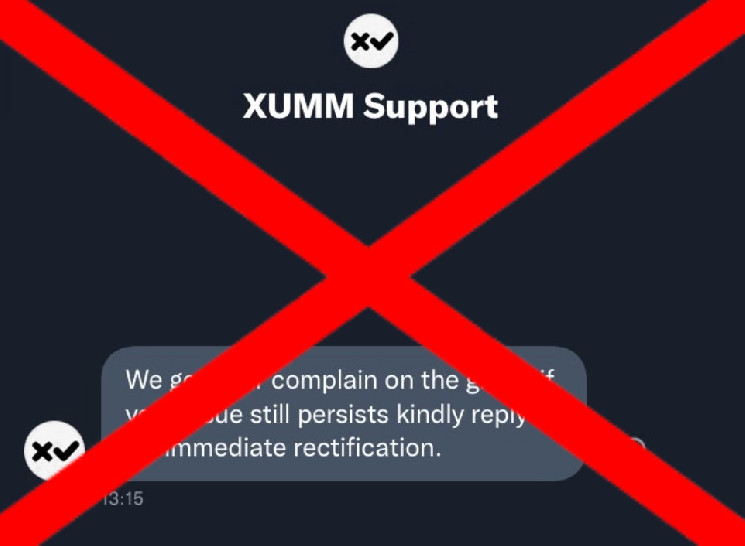 On its official page, the Ripple Xumm wallet support service warned of Twitter scammers who PM users allegedly on her behalf.

The Ripple Xumm wallet support service has warned of Twitter scammers who PM users allegedly on her behalf. As stated in the warning, the Ripple Xumm support team never actively communicates with users through direct messages, but asks them to contact its representatives.

In no case should any secret keys and other personal data be sent to private messages for such a request. If in doubt, it is best to use the service’s help center: support.xumm.app.

If you are ever asked to enter information on a form for XummSupport, check to see if the address bar refers to “http://support.xumm.app”. This alone is a valid domain.

Previously, it was known that Xumm will receive tools for operations with fiat.