Miners mined 90% of the total Bitcoin supply. What will happen next

The number of coins available for mining dropped to 2.1 million BTC. Where is the mining industry heading and when block rewards are no longer accrued in the first cryptocurrency network? 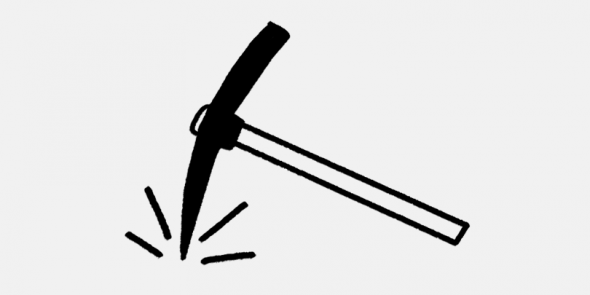 On December 13, block # 714,000 was mined on the bitcoin network. This means that the miners mined 18.9 million BTC. Given that the issue of the first cryptocurrency is limited to 21 million, miners have left to extract 2.1 million BTC (10%). When will the remaining bitcoins be mined and what is happening in the mining market now?

Mining will not disappear

The last bitcoin will be mined around October 8, 2140, says EMCD CEO Michael Jerlis. According to him, the time during which the remaining 10% of bitcoins will be mined is easy to calculate, since the logic of the Proof-of-Work (PoW) algorithm includes an increase in complexity every two weeks and a halving that occurs once every four years.

The complexity of the network determines the amount of computing power required to find a new block in the bitcoin blockchain. This parameter changes every 2016 blocks or approximately every two weeks. This is necessary to maintain a block dwell time of about 10 minutes.

“The block generation rate will decrease, while the complexity of mining will, on the contrary, increase. This means that in the future, one bitcoin will have to be mined for several years, ”the expert noted.

A similar forecast was given by the co-founder of BitCluster Sergey Arestov. In his opinion, bitcoin mining will end in 2140.

Even after the last bitcoins have been mined, mining will continue to exist as an industry, as miners are needed to maintain the cryptocurrency network, Jerlis argues. He said that there is already a tendency for an increase in fees in the bitcoin network, which range from 0.25 to 3 BTC per block.

At the beginning of December, another important event took place in the bitcoin network – the restoration of the hash rate to a record level, which was observed before the mining ban in China, Arestov recalled.

Chinese provinces began to introduce the first bans on mining at the end of May. In July, the State Energy Corporation of China formally requested all its customers not to use electricity to mine any cryptocurrency in all regions of the country. The migration of miners from China triggered the largest drop in hashrate in the history of Bitcoin.

According to Arestov, despite the restoration of the hash rate, the relocation of miners from China is far from complete, and manufacturers continue to ship new equipment for mining cryptocurrencies. This suggests that the complexity of mining will grow in the future, explained the co-founder of BitCluster.

Russia is now the third in the world in terms of the volume of mined bitcoins, said the CEO of EMCD. He explained this by the fact that the Russian Federation has enormous potential for the mining industry, since there are no risks of energy crises in the country, and climatic conditions are more favorable.

“Federal officials are discussing the possibility of equating mining with entrepreneurial activity. We hope that taxes will be adequate to the costs and will increase the investment attractiveness of the country for large foreign mining companies, ”added Jerlis.

In October, the Governor of the Irkutsk Region Igor Kobzev suggested equating mining with entrepreneurial activity in Russia. He also announced his readiness to provide miners in the region with platforms for industrial mining of cryptocurrencies. After that, the Chairman of the State Duma Viacheslav Volodin instructed to create a working group that will discuss the issue of legalizing cryptocurrency mining in Russia.

At the same time, the Ministry of Energy excluded the use of a preferential tariff for miners, since the electricity used for the production of cryptocurrencies does not belong to household needs.