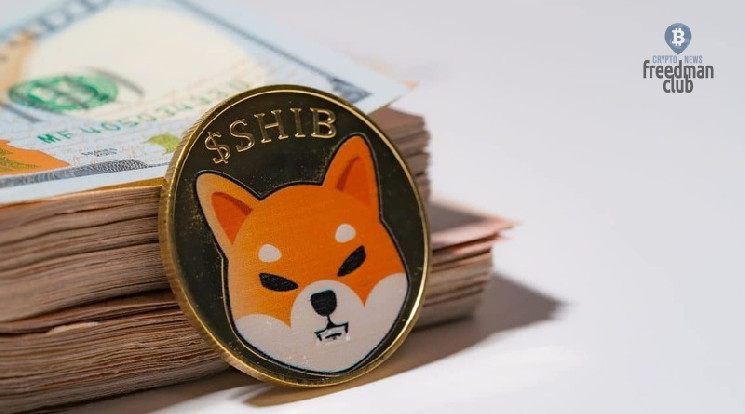 Everyone can register their own “meme” token

The experts shared their thoughts on why it is necessary to try to release a digital token to the market without any functionality and how it will be possible to increase its popularity.

Recently, awareness of the so-called “meme” tokens has begun to skyrocket within the cryptocurrency industry. This may very likely be due to the growth of holders of the Shiba Inu cryptocurrency. The number of digital investors with altcoins is close to the round figure of 1 million. Last month, the number of Shiba Inu holders increased by more than a third, while the price of the token increased by 1000%.

Besides Shiba Inu, other cryptocurrency development initiatives are gaining momentum. The creators of Floki Inu signed an agreement with the Italian football team Napoli to place the currency logo on the players’ equipment, as well as on advertising banners at the club’s stadium.

Last month, an altcoin ad was spotted in England inside public transport under the slogan ‘Missed Doge? Get Floki ”, which means“ Missed Doge? Take Floki. ” Following a similar incident, the UK Advertising Standards Office began analyzing altcoin’s advertising activities. The department is checking the legality of advertising such products in public transport.

Next, we want to tell you about how you can create a “meme” token on your own and what you need to have in order to achieve its effective promotion.

According to an expert from Bestchange.ru, Nikita Zuborev states that there are currently a huge variety of tokens available. However, as the expert noted, no more than a hundred usually catches the eye of crypto investors. Therefore, it is worth recognizing that the success of digital coins lies in a rational approach to their marketing, which often requires a lot of money.

“Technically, anyone can create their own token. But without stable capital, employees and enough time, this business will become useless, ”adds Zuborev.

The analyst shared his algorithm for creating digital coins:

“The commission will vary from $ 30 to $ 50, but the final number will depend on the network congestion. And as soon as you pay the commission, boom and your token is ready, ”the expert concluded.

What is needed to promote a token

As the head of EMXO, Maria Stankevich, said, the tariff for “meme” tokens depends entirely on the “hype” that they often receive from bloggers. That is, if at the very beginning of the path to the promotion of tokens prominent personalities do not contribute and, in general, no resources are involved, then it will be extremely difficult to increase the popularity of the token.

Being a pioneer in the “meme” cryptocurrencies, Dogecoin gained its fame only when Elon Musk mentioned it in several tweets on his page.

“In general, the coins are of no value in terms of their significance, because they are acquired when someone wants to pump up their earnings,” commented the head of EMXO.

According to the analyst, it will be better and much more effective to open a project that will help solve industrial problems, rather than having no serious intentions.

According to Zuborev, one of the most successful methods of token promotion is the transfer of a larger share of emissions to well-known personalities. This method was applied by the previously mentioned Shiba Inu, who sent half of the emissions to Ethereum co-founder Vitalik Buterin. As it turned out later, the co-founder got rid of 90% of the digital coins, while he distributed the rest for charitable purposes.

Another key point in promotion is listing on exchanges. Zuborev added that the altcoin should be immediately mentioned on various decentralized platforms in order to contribute to its promotion already at the initial stage of the journey. In addition to this, Nikolai recommended including sites such as Coingecko and Coinmarketcap in the list, but for this the project must have proper documentation.

“In the future, it will be possible to attract more personalities from the media space in order to allow tokens to gain popularity in community chats or forums,” concluded Nikita Zuborev.