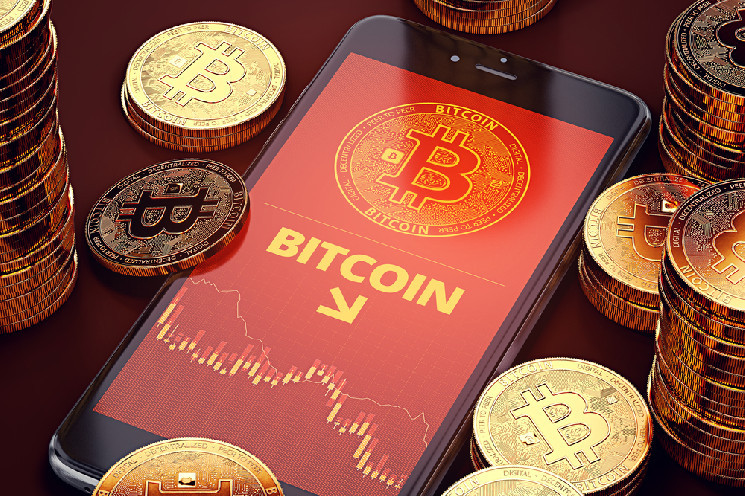 The cryptocurrency market has again synchronized with the behavior of Wall Street indices.

The fall in the Dow Jones, Nasdaq Composite and S&P 500 on Monday, December 13, directly pulled the cryptocurrency market down. It is noteworthy that if at the beginning of trading on Wall Street the Nasdaq Composite declined by more than 1%, and the Dow Jones and S&P 500 fell by a value close to 1%, then by the end of trading, which ended closer to midnight Moscow time, all of these indicators have moderated their fall by 0.15-0.2%.

But the cryptocurrency market, which began to go negative on Monday, on the contrary strengthened its decline, as was observed earlier. The capitalization of all digital assets collapsed by 8.9% over the course of the day, to the level of $ 2.1 trillion. By the beginning of December 14, Bitcoin was below the level of 47 thousand dollars, while at the moment the digital asset was diving even below the mark of 46 thousand dollars.

The correlation of the cryptocurrency market with the dynamics of Wall Street indices turned out to be so strong that factors that play in favor of at least a small drawdown in the price of bitcoin were ignored. So, for example, on the eve of a strong decline in the cryptocurrency market, the number of bitcoin addresses that send bitcoins to crypto exchanges fell to a minimum in the last 13 months, as evidenced by data from Glassnode. This could indicate that investors were holding on to Bitcoin in anticipation of a price rally.

Recall that on December 8, Mike Novogratz, head of Galaxy Investment Partners, confessedthat he would be surprised if the price of bitcoin in the current market cycle declines past the $ 40K level.