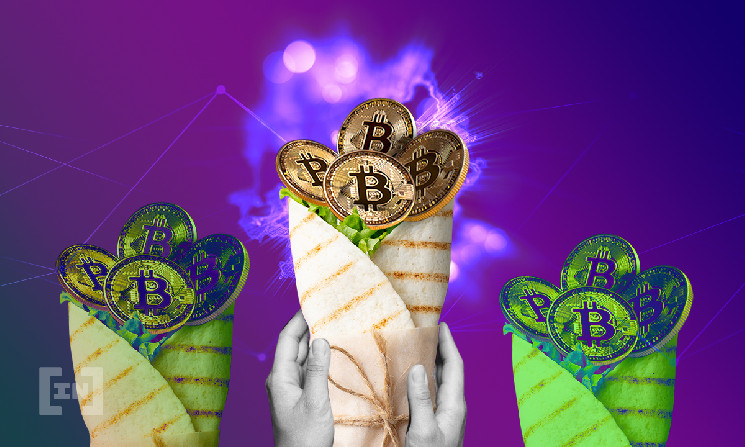 Over the past couple of weeks, Bitcoin has fallen in price by more than $ 10,000: on December 1, BTC was trading above $ 58,000, and now it is closer to $ 47,000. Traders in the futures and other derivatives market are to blame for causing a rampant volatility and starting a correction cycle.

Clearing out positions in the derivatives market has become a natural part of market cycles. Sometimes they help to determine the local price highs and lows of the cryptocurrency.

The amount of open positions, or open interest (OI), shows the volume of open positions in the futures market. The higher the OI value, the more volatile the markets will be when contracts are closed or expired. Thus, this indicator is often used as a criterion for market stability.

According to Glassnode, over the past week, OI has declined by about $ 2.5 billion. This is usually how the market is cleared of volatile positions: long positions with high leverage are liquidated, prices calm down.

Analysts at Glassnode added that the impact of the futures markets on the price is especially strong during periods when the OI rises above 380 thousand BTC. Since the beginning of the month, open interest has dropped by more than 50 thousand BTC to 330 thousand BTC, which is already considered a more favorable situation for trading. 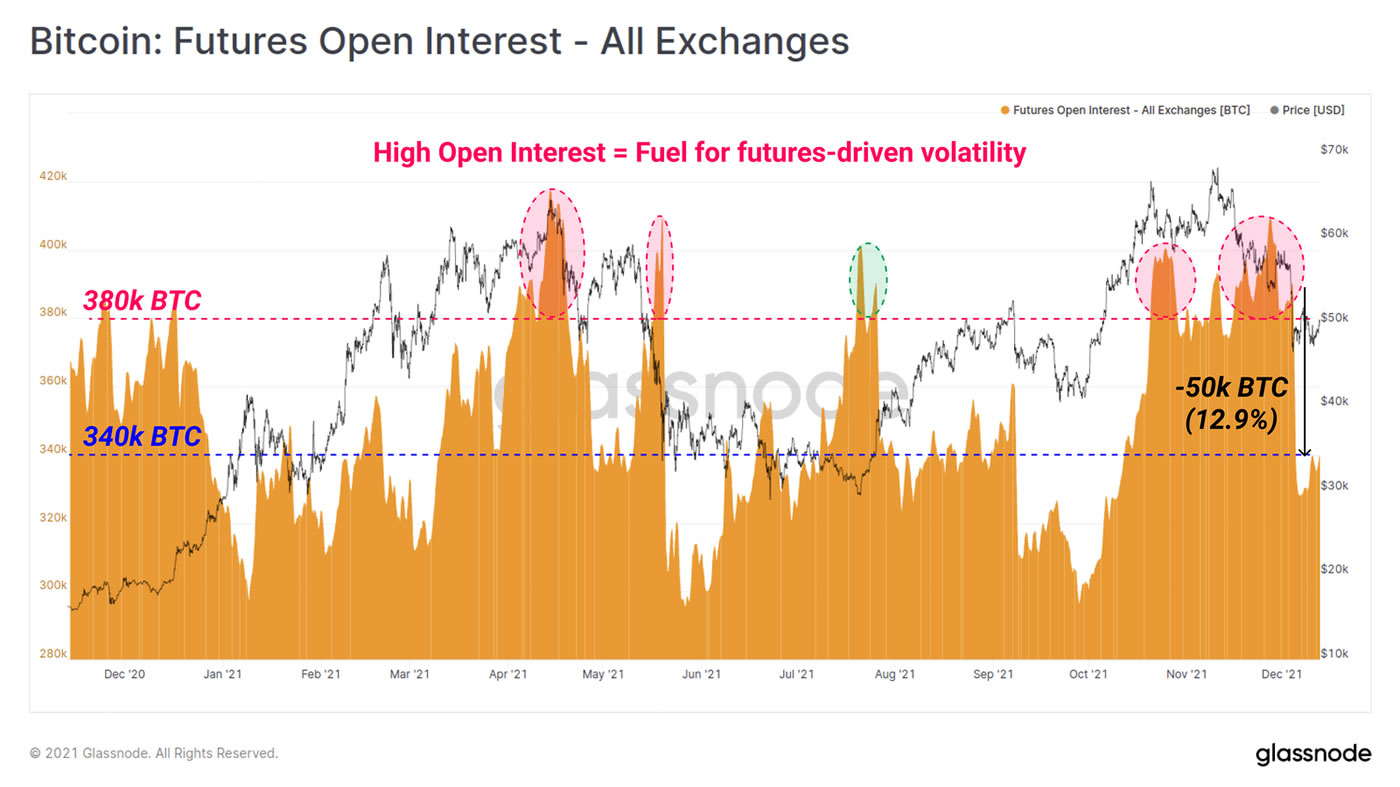 Over the past week, the OI has started to rise slowly, which may indicate a new wave of volatility. However, Glassnode noted that after clearing derivatives positions, spot markets and on-chain activity tend to have a stronger impact on price action than OI. He added that the amount of open positions in Bitcoin perpetual futures fell to a much healthier level:

This once again confirms the fact that there was a significant event that led to a decrease in the number of derivative open positions, and the market seems to be reacting to this with caution, instead of increasing momentum again.

Bitcoin prices fell to an intraday and 10-week low of just under $ 46,000 in the final hours of December 13, but on the morning of December 14, the value of the cryptocurrency began to slowly rise.

Bitcoin has strong support at $ 46,500, where the 200-day moving average is located – an indicator of the long-term trend. Bitcoin is trading at $ 47,350 at the time of publication, according to CoinGecko.

On Twitter, it was reported about buying when the cryptocurrency fell, and now that positions with leverage are cleaned up again, this area can become another local bottom, pushing off from which Bitcoin will go up.