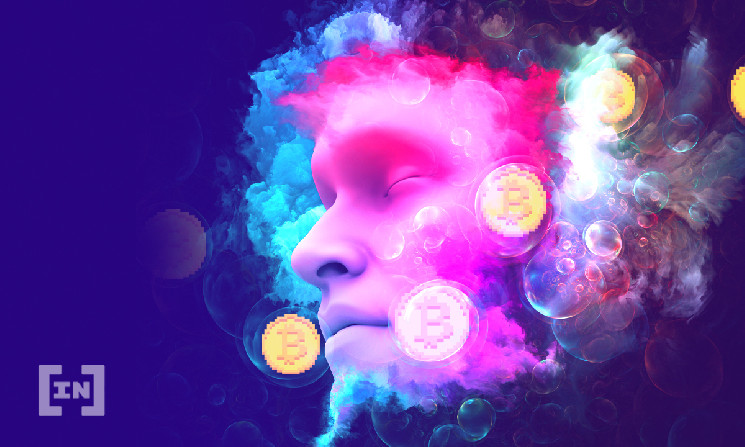 Bitcoin is trying to form a bottom. This will be confirmed in the event of a bullish BTC breakout from the descending parallel channel.

Bitcoin sharply lost ground on December 13, falling to a low of $ 45,672. However, despite the decline, the BTC rate continues to remain above the 0.618 Fibo support level of the correction at $ 44,600. On December 4, the price tested this level, forming a long lower wick.

Technical indicators on the daily chart are giving mixed signals.

So, MACD is in the red zone and is declining. This means that the short-term MA is slowing down relative to the long-term MA, which is a sign of a bearish trend. Although the indicator formed two rising bars of momentum on December 11 and 12, a falling bar (red icon) appeared on the chart on December 13. This potentially nullifies the odds of a reversal price.

However, the RSI provides bullish divergence signals (green line). Thus, the price decline is not supported by the dynamics of technical indicators. This often precedes a bullish reversal. 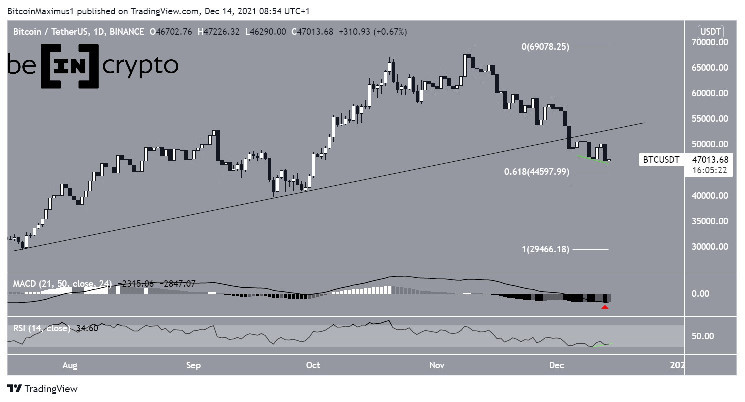 On the 6-hour chart, BTC has been trading within a descending parallel channel since November 10, when the price reached its all-time high around $ 69,000.

These types of channels are usually associated with corrective patterns, which means that Bitcoin may take a bullish breakout from it.

Like the daily chart, the MACD and RSI indicators on this timeframe are giving bullish divergence signals.

Have you groped BTC bottom?

Earlier, on December 11, BTC bounced off the Fibo level of 0.5 retracement (green icon).

However, yesterday the price dropped again and formed a slightly lowering low around the 0.618 Fib level (green circle). This level is considered a traditional springboard for the completion of price corrections.

Accordingly, it can be assumed that Bitcoin has already hit a short-term bottom.