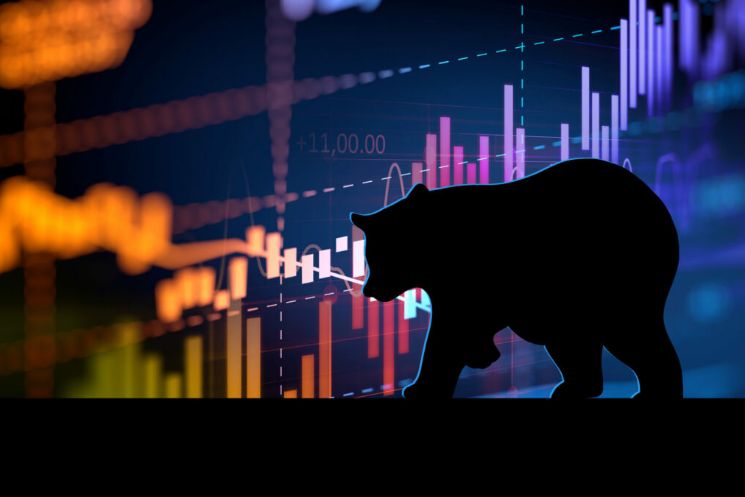 
The short-term trend of the ether has taken on a bearish shape, while the cryptocurrency is consolidating below the critical support line, draws attention to CoinDesk analyst Omkar Godbowl.

Ethereum’s own blockchain asset fell more than 8% on Monday and was below the line linking the July and September lows. The daily candle closed below the important 100-day moving average line for traders, and the long-term support at $ 3,900 turned into resistance.

The Relative Strength Index on the daily chart remains below 50, which could trigger further selling. On the weekly chart, MACD also dipped into negative territory, confirming the dominance of the bearish trend. 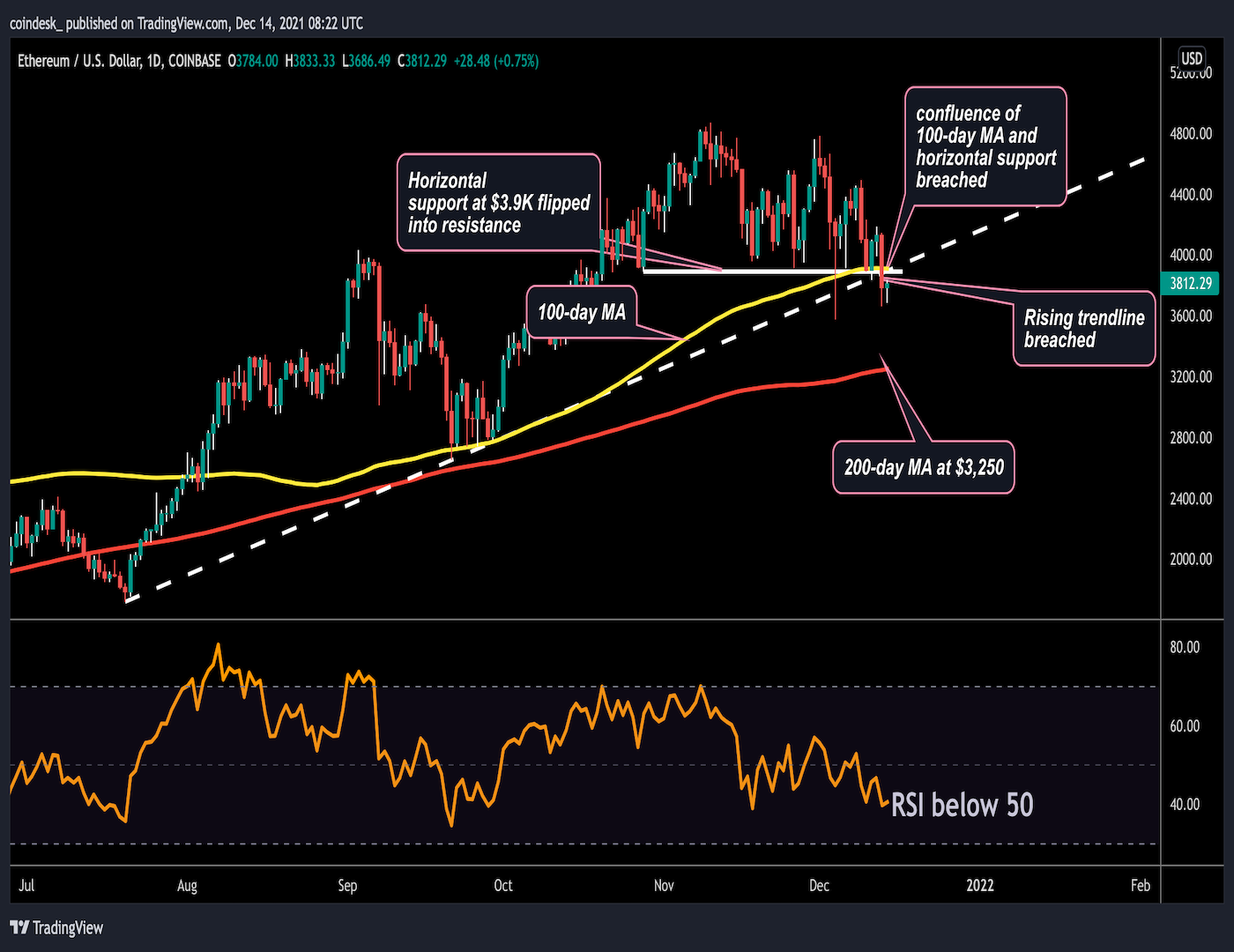 Godbowl admits that if selling continues, Ether may find support at the current 200-day moving average of around $ 3,250.

“It is important to note that Ether has confirmed a break to new highs in November with the potential for a move towards $ 6,000, which is a long-term bullish premise.”

Bitcoin futures on the Chicago Mercantile Exchange (CME), meanwhile, began to trade at a discount relative to the cryptocurrency’s own price, which may indicate a decline in institutional investor interest. A similar situation arose in May, after which, within two months, Bitcoin dropped from $ 58,000 to $ 30,000.

Bitcoin at the time of publication is trading below $ 47,000, ether – below $ 3,800. Also among the most unsuccessful assets today were the own tokens of the Solana, Avalanche, Algorand and Cosmos blockchains. The decline in cryptocurrencies happened along with a negative session in Asian markets, whose participants were moving capital into assets with reduced risks.

“The current drive to mitigate macroeconomic risks by investors in traditional finance has also affected the cryptocurrency market. Accordingly, the most popular cryptocurrencies are experiencing a drop in prices, ”says James Waugh, founder of the Digital Finance Group crypto fund.