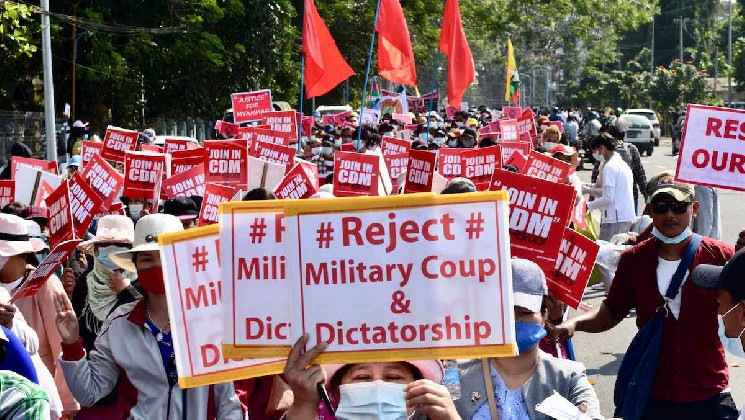 
Myanmar is currently experiencing a crisis in many ways. After the government was overthrown in a military coup, a committee of military leaders, the Junta, tightly controls banks and the internet.

To combat this military regime, individual politicians in the country formed the Government of National Unity (PAE). The PAE Ministry of Planning, Finance and Investment has announced that the official currency of Myanmar will be Tether (USDT), not the Myanmar kyat.

The European Union officially recognized the PAE as the only legal representatives of the country, about which the ministry made an official statement in Burmese. 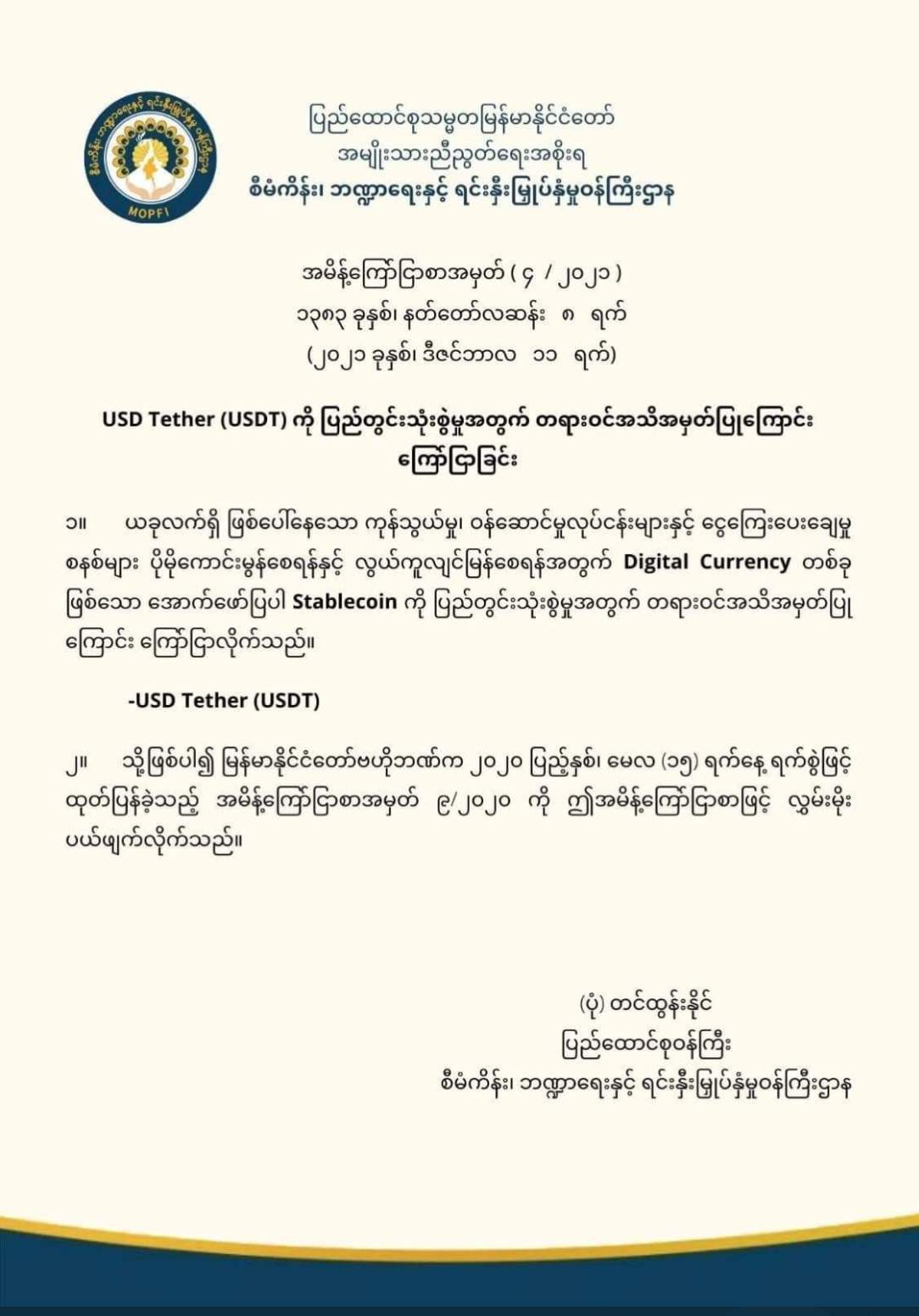 Myanmar’s government-in-exile said in a statement that Tether (USDT) is officially recognized for use in the country.

1. To improve and accelerate the current trading and financial services, the digital currency, namely the stablecoin Tether (USDT), is officially recognized for use in the country.

2. Therefore, the announcement of the order (September 2020) issued by the Central Bank of Myanmar is invalidated. The military regime is controlled by the central bank.

It is worth noting that in the past, the stablecoin project has faced pressure from regulators, however, given the state of the Myanmar kyat (over the past four weeks, the Myanmar currency has lost 60% of its value), apparently, there are not many other options.

Most likely, this decision was dictated by the initiative of El Salvador, but in Myanmar they decided to turn to a cryptocurrency with a stable exchange rate.