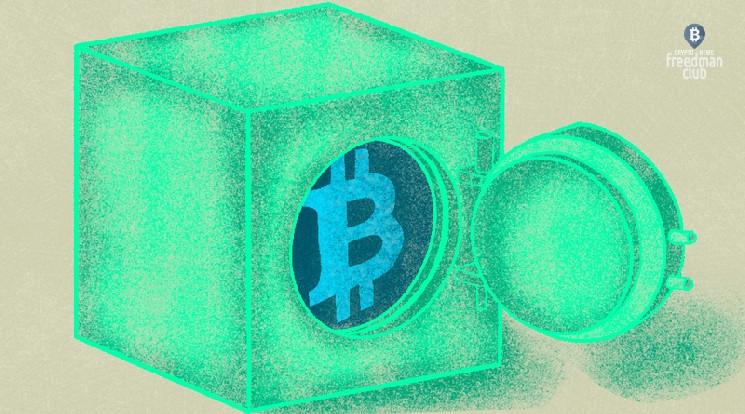 Is Bitcoin an inflation hedging tool?

With US annual inflation peaking since 1982, now would be the perfect time for Bitcoin to stand up and cement its status as a “real” asset, store of value, and inflation insurance, according to enthusiasts.

Many people buy the flagship cryptocurrency as “digital gold” – mainly because of the design that restricts its supply, akin to the finite stocks of the precious metal. The influx of investors into crypto funds has increased significantly in recent months as financiers are worried about entrenched inflation.

But even if you put aside other defining issues, such as heterogeneous liquidity or regulatory risks, Bitcoin now faces a double challenge: higher real-world interest rates that are rising faster than anticipated, and even greater volatility in a surging financial market.

For traders, volatility is one of the most attractive aspects of Bitcoin. This is what drives the price fluctuations that, if calculated correctly, can generate impressive profits. Monthly gains of 30% or more were common this year, but drawdowns of 15% to 30% should not be forgotten.

Compared to gold, the oldest and most well-established inflation hedge, Bitcoin is far more volatile. Investors who are inherently risk averse looking for a relatively safe asset to hedge against rising inflation will choose the precious metal for their portfolios.

The three-month realized volatility for gold is around 13%, roughly where it was in early 2017 when the Fed began its last rate hike. In May of this year, it reached an eight-year high of 22%.

The real volatility of Bitcoin over three months is about five times that of gold. It is currently 57%, which is also similar to what it was at the beginning of the Fed cycle for 2017-18, and peaked at 110% earlier this year.

However, unlike gold, it rose significantly in the second half of this two-year tightening cycle, peaking just above 110% in March 2018. 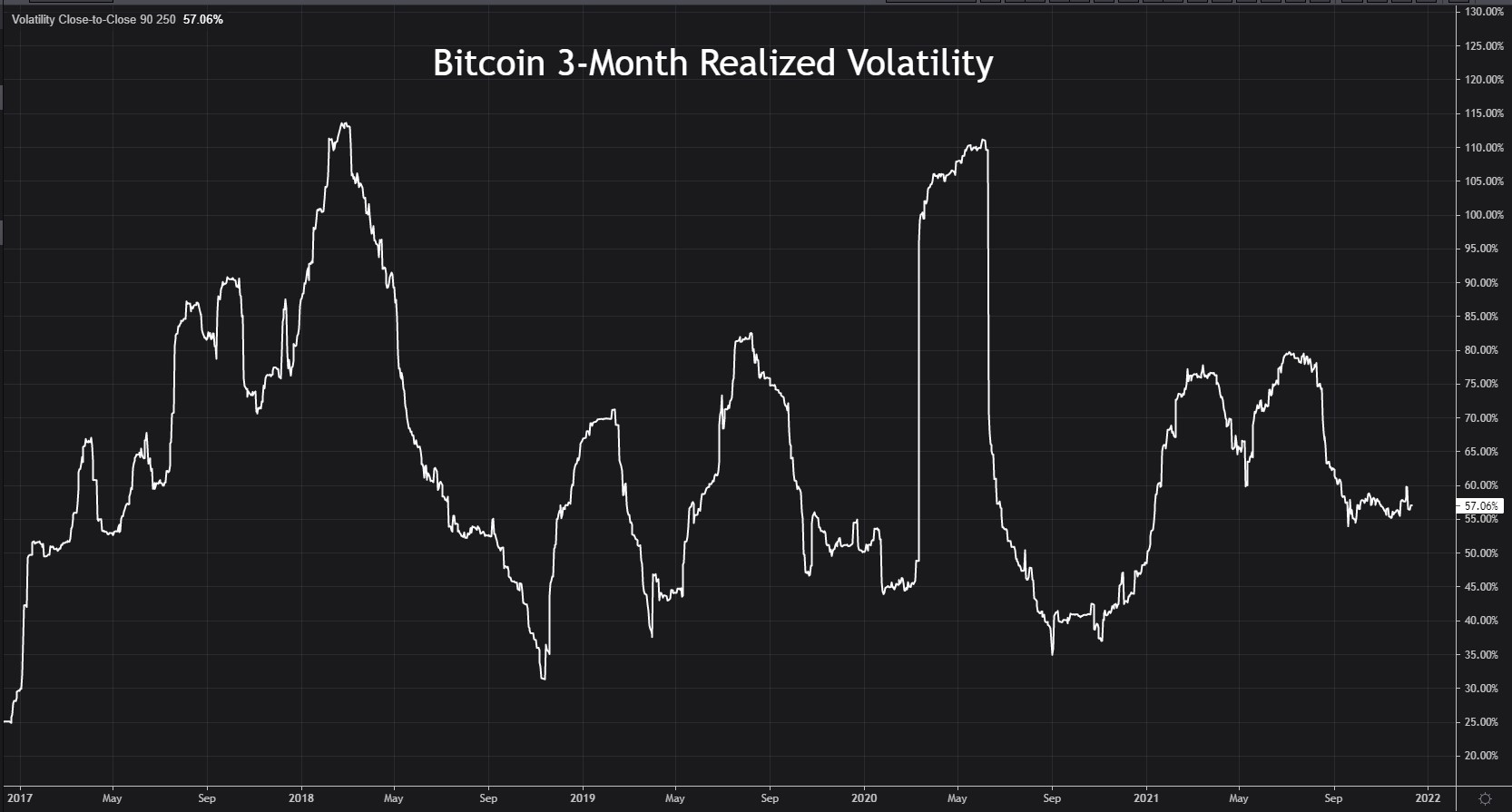 Two major shake-ups this year highlight the risks. Bitcoin fell 50% over a nine-day period in May and later plunged another 40% from an all-time high of around $ 69,000 reached on November 10.

According to analysts, this illustrates why digital gold is nowhere near as viable as real gold for inflation protection. They also point out that Bitcoin is much less resistant to stock market drawdowns than gold, which is another black mark against it as a hedge.

Many believe that direct access to cryptocurrencies and tokens is only suitable for high-risk and speculative investors.

However, JP Morgan’s Nikolaos Panigirtzoglou argues that volatility is not incompatible with being a store of value, as evidenced by gold in the late 1970s and early 1980s. But this is worth paying close attention to.

The difference between the realized volume of Bitcoin and the volume of gold is a key factor that determines the fair value of BTC within its framework. When the gap narrows, as it did in mid-2020, to about 2 to 1, Bitcoin’s fair value was around $ 70,000. The gap, which is now about 5: 1, suggests that the fair value could be less than half that amount, closer to $ 30,000.

“Bitcoin is already part of the investor’s portfolio, it is already an institutional asset class. And it will only grow, ”he says.

But what about inflation, traditional interest rates, and the cost of money? Inflation in the United States in November grew at 6.8% per year, the fastest pace since 1982. Data from analyst firm EPFR shows that growing fears about inflation in recent months have spurred demand for Bitcoin and other cryptocurrencies.

All things being equal, the rise in rates, especially real rates, dampens inflation expectations and is negative for both inflation hedges and commodity tokens like Bitcoin, which do not have a fixed rate of return to match.

Real returns have been negative for two years and hit a record low of -1.2% last month. But they may now be alarmed and may well rally if the Fed follows its plans next year.

Of course, this depends on how inflation behaves in the coming months. The latest data shows that price pressures are increasing.

So the big issue for Bitcoin is whether the Fed thinks it should catch up and raise rates more aggressively. This could push real returns closer to positive territory, or it could undermine risk appetite everywhere and potentially stifle any inflation-driven support for “new money”.

Few dare to predict the direction of Bitcoin after the last five years of stunning successes and sharp falls, but it is unlikely to become a haven that will save investors money during the next market storm.

However, crypto enthusiasts are confident that a few more years will pass and Bitcoin will meet the expectations placed on it. If the asset really once rises above 200 thousand dollars, then the HODL strategy will pay off and the money invested now will more than quadruple.